Accessibility links
Opinion: Fluidity And Mobility: A Newly Defined Middle Class Some see the middle-class lifestyle as an achievement, but commentator Samuel R. Staley disagrees. The middle class is a fluid notion that changes over time, and what was thought of as middle class in the mid-20th century is now long gone. 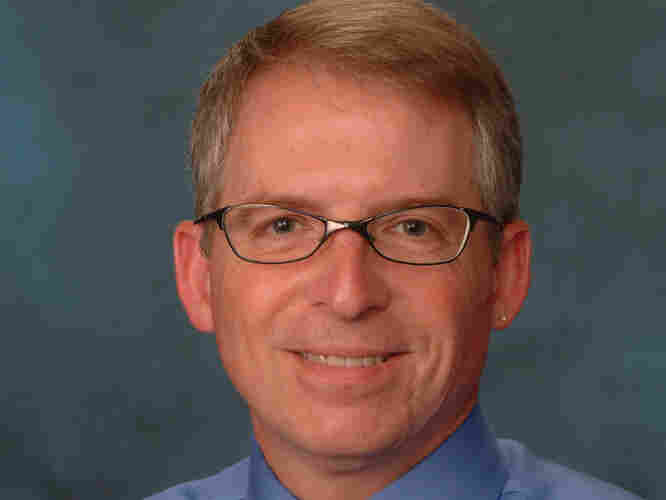 Part of the series Living In The Middle

Samuel R. Staley is the co-author of Mobility First: A New Vision for Transportation in a Globally Competitive 21st Century.

The so-called middle class has been a target of politicians ever since it became a recognizable voting block. Unfortunately, the term is less and less meaningful for understanding the nation's political dynamics, particularly in a nation whose core values are grounded in an organic concept of economic opportunity rather than a static concept of security. As U.S. citizens go to the voting booths in November, the core political fight might not be over protecting the middle class but over which candidates are most likely to provide better opportunities for a newly defined middle class.

Traditionally, then, the debate is less about preserving a specific economic group as about ensuring that those who are not in that iconic midsection of the national income distribution can get to a higher level. Our Founding Fathers designed our political institutions so that our economy and communities would be open and dynamic; it's more important that you can get to where you want to go than whether you have already gotten to your destination. A big part of the current national political debate, set in the shadow of the stagnant recovery of the Great Recession, is over whether that dynamism is even possible.

Read Ted Robbins' article on why an Arizona Family Chooses To Live In The Middle.

Read Nicholas Von Hoffman's Opinion Of How The Middle Class Was Created.

Read Daisy Hernandez's Piece On Living In The Middle Class.

Traditionalists have argued that dynamic, open-market economies are the most dependable institutions for vaulting individuals and households to a coveted level of income security, whether through entrepreneurship, homeownership, steady employment or the financial cushion of a pension or savings account. Now, these staples of social stability appear to be in jeopardy. That doesn't mean the aspirations have gone away, or that these aspirations don't motivate Americans in the workplace or the ballot box. Quite the opposite. The quest for economic opportunity, aspiring to enter the ranks of a new middle class, is in our cultural DNA.

The danger lies in thinking of the middle class as a static concept, an objectively defined benchmark of personal and familial achievement. In the mid-20th century, a middle-class lifestyle -- a home, savings account, car, even a television -- could be achieved through relatively low-skilled jobs at automobile, textile, or steel plants. In the 21st century, these manufacturing jobs have disappeared, and it's the information technology, financial advisers and communications specialists who have the monopoly on economic opportunity. A television might have been an aspiration of the 1950s and 1960s, but in the 2000s it's more likely to be the iPod, iPad or Xbox.

Dynamic economies and societies will always need a middle class because it represents what can be achieved. The national political debate may really be about whether the old way of securing these opportunities -- through markets and individual freedom — is preferable to another way that embraces the heavy organizational hand of government.