Accessibility links
Hey, That Ferrari? Put It In A Hurricane-Proof Vault In Miami, some storage companies have started providing extra security to wealthy collectors of expensive items like art and exotic automobiles. Museo Vault is designed to withstand the 200-miles-per-hour wind speeds from hurricanes, while RoboVault has security straight out of Mission: Impossible. 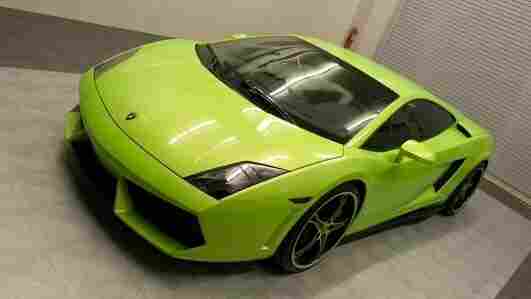 A big part of RoboVault's business is storing vintage and exotic cars. The Miami company has a robotic storage and retrieval system for luxury cars. Courtesy RoboVault hide caption 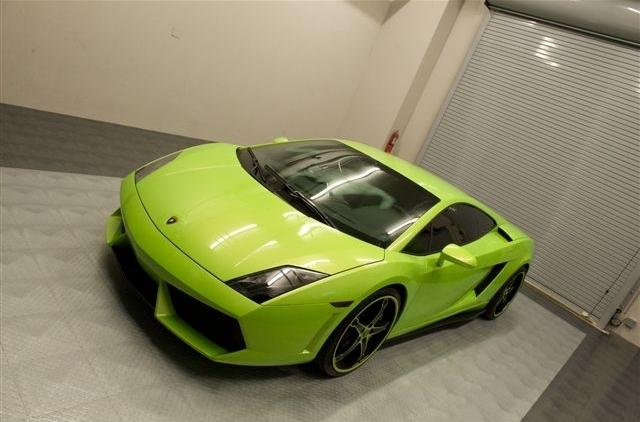 A big part of RoboVault's business is storing vintage and exotic cars. The Miami company has a robotic storage and retrieval system for luxury cars.

Americans have a lot of stuff. That obvious fact led to the creation in the 1960s and 1970s of a whole new business concept: the self-storage industry.

Now, some storage companies are expanding the market by going upscale -- providing extra security and specialized services to wealthy collectors of everything from art to exotic automobiles.

Over the past decade, Miami has developed a reputation as a place to buy and sell fine art, in large part because of Art Basel Miami Beach, an annual event that has grown into one of the largest art shows in the U.S.

It's led to a boom in art galleries and other companies that specialize in handling, shipping and storing art.

David Lombardi owns Museo Vault, a secure storage facility he founded a year and a half ago that specializes in fine art. "Our clientele are art dealers, collectors as well as institutions -- and it's not just South Florida," he says. "We have clients coming in weekly from Europe and South America as well." 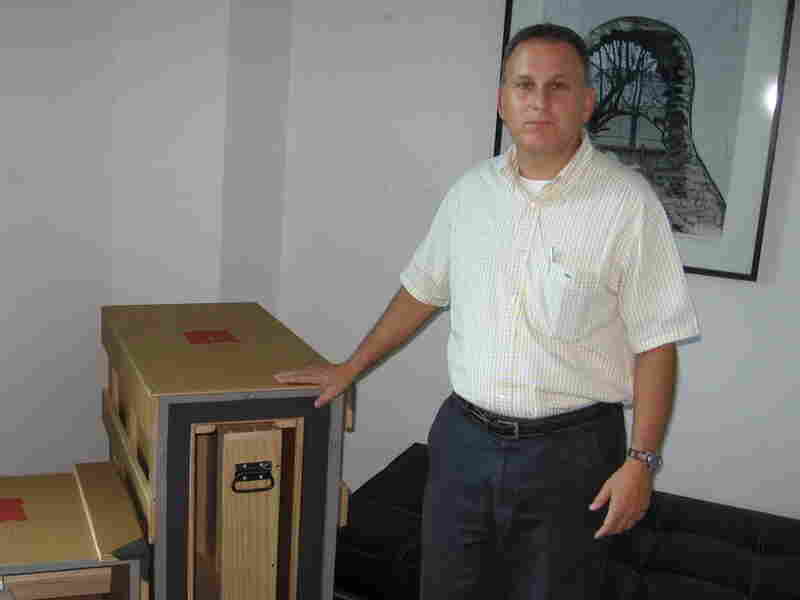 David Lombardi, who owns Museo Vault, says he has clients "coming in weekly from Europe and South America" in addition to his South Florida clients. Greg Allen/NPR hide caption

Outside, Museo Vault is a multistory, concrete building with few windows. Inside, it's a sleek and cavernous state-of-the-art storage facility.

Lombardi got the idea for the business at an Art Basel event held by an insurance company after the active 2005 hurricane season. "The topic of conversation was how to keep artwork safe in this environment where we have five or six months of terrible hurricane storms that come through," he says.

Museo Vault is designed to withstand the 200-miles-per-hour wind speeds of the most powerful hurricanes. The art is stored at least 35 feet above sea level to prevent water damage from even the most ambitious storm surge.

One of Miami's top art collectors, Marty Margulies, says all art collectors in South Florida need a hurricane storage plan that satisfies their insurance companies. "They want to see sprinklers, hurricane glass, concrete structure, that type of thing," he says.

Owner Marvin Chaney helped pioneer the self-storage industry in Florida. He's now built a facility that also offers protection against the most powerful hurricanes, plus security that looks like something out of Mission: Impossible.

Like in a bank, there are safe deposit boxes. To access these, you need an ID, a PIN, and you press your index finger on a scanner.

There's also a special set of rooms for storing wine. But the most impressive feature is the robotic storage and retrieval system.

In one of the building's seven enclosed garages, Chaney demonstrates the system. A robotic arm picks up and returns a Ferrari 430 convertible to its storage unit. A big part of RoboVault's business is storage of vintage and exotic cars. Customers also store art, antiques, even forensic evidence in containers that are tucked away high in the windowless concrete structure, accessible only to those with the right PIN and the right fingerprints. 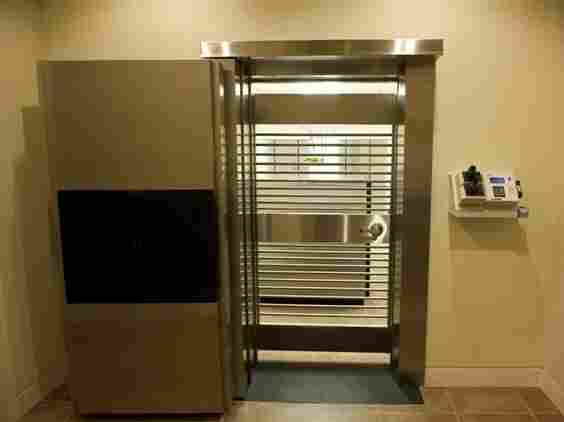 RoboVault's facility offers security that looks like something out of Mission: Impossible. Courtesy RoboVault hide caption 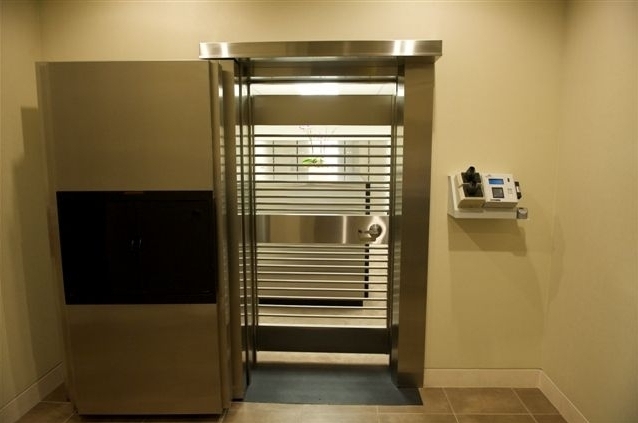 RoboVault's facility offers security that looks like something out of Mission: Impossible.

But Chaney says the biggest growth in his business lately has been in precious metals. As investments, gold and especially silver take up a lot of space. One problem many investors soon encounter is, where to keep it?

RoboVault has recently been certified as Florida's only precious metal depository.

And there's an added benefit. Clients who put gold, silver and even precious gemstones on deposit with RoboVault can use it as collateral for bank loans.

With the uncertainty of the economy, Chaney believes the move to hard assets like art, wine and precious metals is only going to continue. And people with valuable "stuff" increasingly will need somewhere safe to keep it.