Accessibility links
Revolutionary War Fiction Holds Down 'The Fort' Bernard Cornwell recounts a less-than-heroic chapter of American history in his latest novel. The Fort is an exciting account of the failed siege of Penobscot — a mostly forgotten event — and a thoughtful exploration of the absurdity and futility of war. 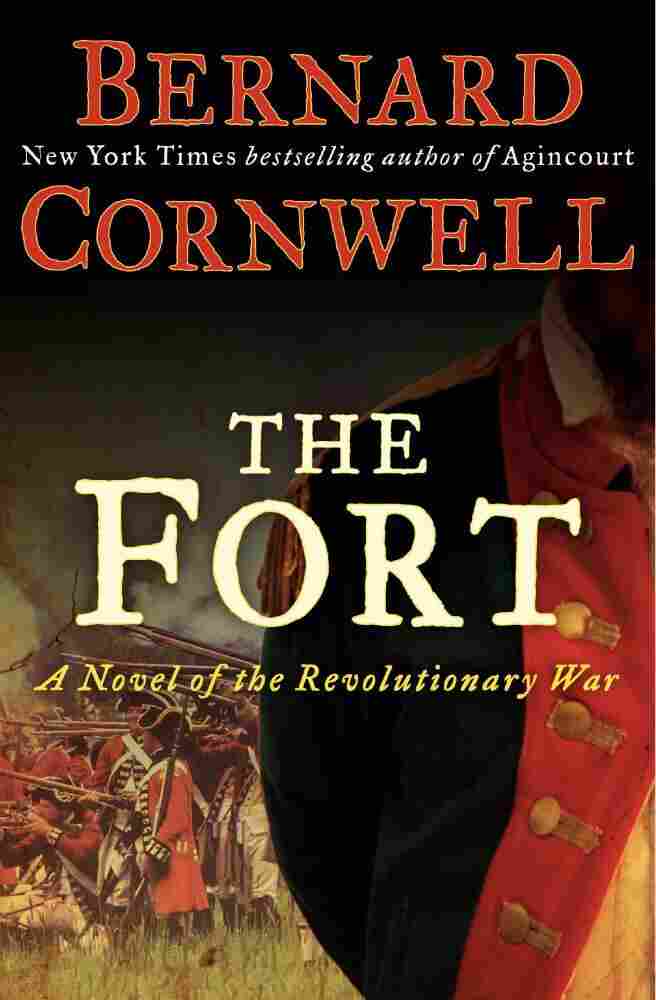 The Fort: A Novel Of The Revolutionary War
By Bernard Cornwell
Hardcover, 480 pages
Harper
List Price: $25.99

When you learned about Bunker Hill and Trenton and Yorktown in your 11th grade American history class, you probably didn't hear about the Penobscot Expedition. At least I didn't, and now I know why.

The short version of this little-known chapter in the American Revolution is that the British sent a force of soldiers and ships in the summer of 1779 to occupy Penobscot Bay in what was then Massachusetts (now Maine) and build a fort there. And the Commonwealth of Massachusetts, without much consultation with Gen. George Washington and the Continental Army, sent a force of ships and men to kick them out. Among the officers in that force was Lt. Col. Paul Revere -- yes, that Paul Revere. By the time it was over, well, let's just say that things didn't go so well for Team USA and one of its star players.

Fortunately, we have Bernard Cornwell to give us the long version, in his new novel, The Fort.

Cornwell is one of the most popular and prolific historical novelists writing today, and he is best and deservedly known for his series of novels featuring Richard Sharpe, an officer in the British Army during the Duke of Wellington's famous Peninsular campaign against Napoleon. I came across these books in the 1980s and got hooked.

Sharpe was one of the liveliest series characters out there, a flintlock-era version of Jack Reacher, the loner protagonist of British thriller writer Jim Grant (aka Lee Child). In more than 20 books, Sharpe fought Napoleon's Army across Spain and into France, at the same time fighting his way up through the ranks of the British officer corps. In recent years, Cornwell has branched out, going back in time as far as the Middle Ages and into contemporary thrillers as well. He's enjoyed growing commercial success and, from my perspective anyway, somewhat mixed literary success. 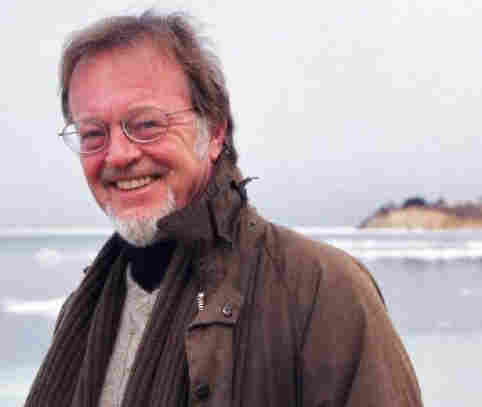 Bernard Cornwell is the author of the Richard Sharpe novels and the Grail Quest series. hide caption 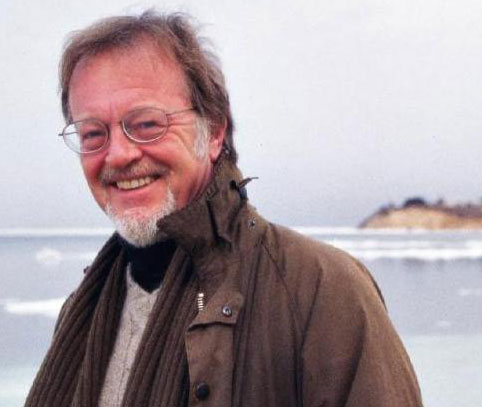 Bernard Cornwell is the author of the Richard Sharpe novels and the Grail Quest series.

There's nothing fancy or complex, and often little ambiguity, in his books, but Cornwell at his best is a fine storyteller with a flair for describing battles and individual combat in a way that's exciting and easy to follow. He weaves the fictional and the factual together so you can hardly tell where the novel stops and the history lesson begins.

In The Fort, he has stuck closely to the events and characters history dealt him, and the result is one of his most successful books. In most novels of this kind the writer is not so much telling stories as re-telling them, with well-known figures like Napoleon or Stonewall Jackson, and the action that takes place on the familiar terrain of Gettysburg or Waterloo or Pearl Harbor. In this case, I had the rare pleasure of really not knowing how things were going to turn out.

Cornwell also gets to introduce a cast of relative unknowns, and he fills in the blanks in the historical record to create portraits more richly drawn and complex than is his norm. On both sides, redcoat and patriot, he finds men who are flawed, frightened and, in a couple of cases, ultimately heroic. And he delights in giving us a Paul Revere vastly different than the Son of Liberty we think we know from "Listen my children and you shall hear …"

The repeated failures of the colonial forces and the shortcomings of their commanders (notably Revere) provide a sense of anxiety and of an impending train wreck that makes it hard to put this book down. Lives get thrown away and blown opportunities pile up. It's awful, but you just can't look away. Cornwell adds to the tension and the sense of place and time by using, at the beginning of each chapter, excerpts from actual historical documents written during and after the expedition. The novel is both an exciting account of a mostly forgotten event and a thoughtful exploration of the absurdity and futility of war.

Cornwell is less successful when he strays from the documentary path: There's a perfunctory subplot involving a gorgeous colonial babe trapped behind the British lines and a brother who hooks up with the rebels. But, all in all, this book succeeds as both fiction and history, a lesson to rival anything I learned back in the 11th grade.

There was not much wind so the ships headed sluggishly upriver. There were ten of them, five warships escorting five transports, and the flooding tide did more to carry them northwards than the fitful breeze. The rain had stopped, but the clouds were low, gray, and direful. Water dripped monotonously from sails and rigging.

There was little to see from the ships, though all their gunwales were crowded with men staring at the river's banks that widened into a great inland lake. The hills about the lake were low and covered with trees, while the shoreline was intricate with creeks, headlands, wooded islands, and small, stony beaches. Here and there among the trees were cleared spaces where logs were piled or perhaps a wooden cabin stood beside a small cornfield. Smoke rose from those clearings and some men aboard the ships wondered if the distant fires were signals to warn the country of the fleet's arrival. The only people they saw were a man and a boy fishing from a small open boat. The boy, who was named william hutchings, waved excitedly at the ships, but his uncle spat. "There come the devils," he said.

The Fort: A Novel Of The Revolutionary War
By Bernard Cornwell
Hardcover, 480 pages
Harper
List Price: $25.99

The devils were mostly silent. On board the largest war­ship, a 32-gun frigate named Blonde, a devil in a blue coat and an oilskin-covered cocked hat lowered his telescope. He frowned thoughtfully at the dark, silent woods past which his ship slid. "To my mind," he said, "it looks like Scotland."

"Aye, it does," his companion, a red-coated devil, answered cautiously, "a resemblance, certainly."

"More wooded than Scotland, though?"

"But like the west coast of scotland, wouldn't you say?"

"Not unlike," the second devil agreed. He was sixty-two years old, quite short, and had a shrewd, weathered face. It was a kindly face with small, bright blue eyes. He had been a soldier for over forty years and in that time had endured a score of hard-fought battles that had left him with a near-useless right arm, a slight limp, and a tolerant view of sinful mankind. His name was francis mcLean and he was a Brigadier-general, a Scotsman, commanding officer of His Majesty's 82nd Regiment of Foot, Governor of Halifax, and now, at least according to the dictates of the King of England, the ruler of everything he surveyed from the Blonde's quar­terdeck. He had been aboard the frigate for thirteen days, the time it had taken to sail from Halifax in Nova Scotia, and he felt a twinge of worry that the length of the voyage might prove unlucky. He wondered if it might have been better to have made it in fourteen days and surreptitiously touched the wood of the rail. A burnt wreck lay on the east­ern shore. it had once been a substantial ship capable of crossing an ocean, but now it was a rib cage of charred wood half inundated by the flooding tide that carried the Blonde upriver. "So how far are we now from the open sea?" he asked the blue-uniformed captain of the Blonde.

"Twenty-six nautical miles," Captain Andrew Barkley an­swered briskly, "and there," he pointed over the starboard bow and past the lion-crested cathead from which one of the frigate's anchors was suspended, "is your new home."

McLean borrowed the captain's glass and, using his awk­ward right arm as a rest for the tubes, trained the telescope forrard. for a moment the small motions of the ship defeated him so that all he glimpsed was a blur of gray clouds, dark land and sullen water, but he steadied himself to see that the Penobscot River widened to make the great lake that Captain Barkley called Penobscot Bay. The bay, McLean thought, was really a great sea loch, which he knew from his study of Barkley's charts was some eight miles from east to west and three miles from north to south. A harbor opened from the bay's eastern shore. The mouth of the harbor was edged by rocks, while on its northern side was a hill crowned thick with trees. A settlement stood on the southern slope of that hill; over a score of wooden homes and barns were set among patches of corn, plots of vegetables, and piles of timber. A handful of fishing boats was anchored in the harbor, along with one small brig that McLean assumed was a trad­ing vessel. "So that's Majabigwaduce," he said softly.

"Back topsails!" the captain called, "order the fleet to heave to. i shall trouble you to signal for a pilot, Mister Fennel!"

The frigate suddenly seethed with men running to release sheets. "That's Majabigwaduce," Barkley said in a tone that suggested the name was as risible as the place.

"Number one gun!" Lieutenant Fennel shouted, provoking another rush of men who ran to the forward starboard cannon.

"Do you have any idea," McLean asked the captain, "what Majabigwaduce signifies?"

"Does the name mean anything?"

The gun, charged and wadded, but without any shot, was fired. The recoil was slight, but the sound of the gun seemed hugely loud and the cloud of smoke enveloped half the Blonde's deck. The gunshot faded, then was echoed back from the shore before fading a second time. "We shall discover something now, won't we?" Barkley said.

"What is that?" McLean inquired.

"I suppose not," McLean said, though he suspected a dis­loyal pilot could well serve his rebellious cause by guiding HMS Blonde onto a rock. There were plenty of those breaking the bay's surface. On one, not fifty paces from the frigate's port gunwales, a cormorant spread its dark wings to dry.

They waited. The gun had been fired, the customary signal requesting a pilot, but the smoke prevented anyone aboard from seeing whether the settlement of majabigwaduce would respond. The five transport ships, four sloops, and frigate drifted upriver on the tide. The loudest noise was the groan, wheeze, and splashing from the pump aboard one of the sloops, HMS North. The water spurted and gushed rhythmi­cally from an elm spigot set into her hull as sailors pumped her bilge. "She should have been broken up for firewood," Captain Barkley said sourly.

"There's no patching her?" McLean asked.

"Her timbers are rotten. she's a sieve," Barkley said dismis­sively. Small waves slapped the Blonde's hull, and the blue ensign at her stern stirred slow in the fitful wind. Still no boat appeared and so Barkley ordered the signal gun fired a second time. The sound echoed and faded again and, just when Barkley was considering taking the flotilla into the harbor without the benefit of a pilot, a seaman hailed from the foremast top. "Boat coming, sir!" 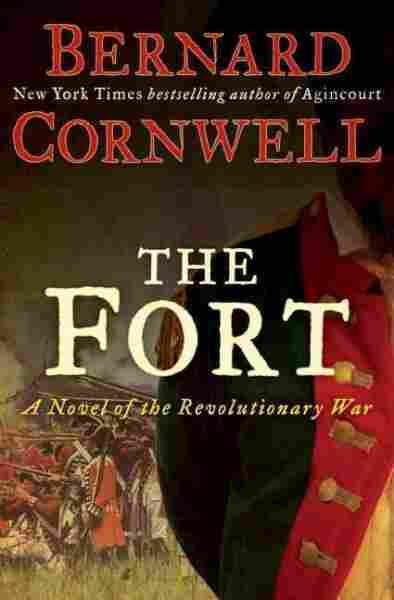 A Novel of the Revolutionary War