Accessibility links
All We Are Saying: Three Weeks With John Lennon In August 1980, writer David Sheff flew to New York for the assignment of his life: an interview with John Lennon and Yoko Ono. Over the course of three weeks, he witnessed the day-to-day life of the couple in their Manhattan apartment, months before Lennon was shot dead outside the building. Here, Sheff shares several audio recordings of his interview, most of which has never been broadcast. 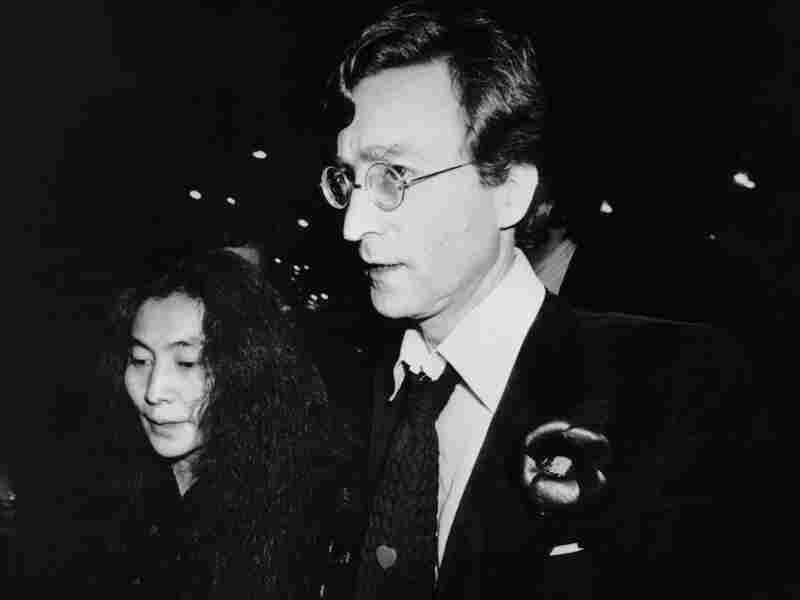 John Lennon on his way to a Rod Stewart concert with his wife, Yoko Ono, in New York circa 1980. Keystone/Stringer hide caption 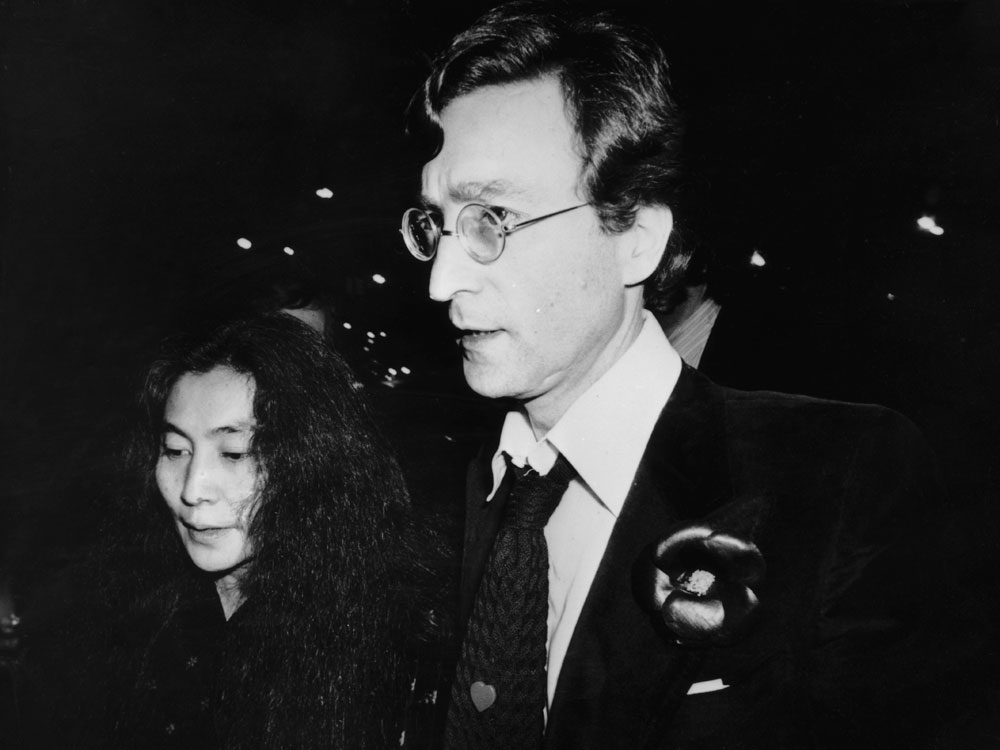 John Lennon on his way to a Rod Stewart concert with his wife, Yoko Ono, in New York circa 1980.

In August 1980, writer David Sheff flew to New York for a big assignment: an interview with John Lennon and Yoko Ono for the magazine Playboy. Every day for three weeks, Sheff, often with his tape recorder running, talked with the couple in their Central Park West apartment, on the street, in coffee shops and in recording studios. The Playboy interview hit the newsstands on Dec. 6. Two days later, Lennon was shot dead on the street in front of his apartment.

Lennon On Writing "She Loves You"

Lennon On Hearing The Beatles On The Radio

Sheff's interviews with Lennon and Ono were collected in his book All We Are Saying. The book is being re-released as an e-book.

Most of the audio from the conversations has never been broadcast, but Sheff shared several clips with NPR's Scott Simon. He describes his interview with the rock legend as a surreal experience.

"I had been trying to get to him for a long time," Sheff says. "And one day, I got a phone call from somebody, and he asked me when I was born and where I was born. Three or four days later, I got a call. Someone said Yoko Ono wanted to meet me in New York."

Sheff met with Ono at her New York studio. The next morning, he was having coffee with Lennon, whom Sheff remembers as gracious and thoughtful. They talked of family and philosophy, and of the love of his life.

"John spent a lot of time and energy talking about the view of Yoko that he felt was wrong," Sheff says. "He was very protective of her. It seemed to be one of the reasons he wanted to talk so much. Clearly, there was something he wanted people to understand."

One of Sheff's most interesting afternoons took place in the couple's bathroom. The trio sorted through stacks of Beatles albums and Lennon's solo records, discussing them song by song.

"Half of the songs, songs of my life, he'd dismiss," Sheff says. "On the other hand, there was some stuff that he was really proud of, and that was pretty exciting to hear about, too."

Lennon pointed out the stylistic differences between the tracks he'd written and those of Paul McCartney. The conversation moved on to his departure from The Beatles. Sheff asked why The Beatles weren't going to get back together.

"He would say, 'Why should The Beatles get back together? When you meet the person you're going to marry or want to be with, you leave the boys back home in the bar,' " Sheff says.

Lennon said he'd believed The Beatles were the best thing in the world from the start, even when others had dismissed the band. He read to Sheff a negative Newsweek review from 1964.

Other conversations took place in their kitchen. Sheff says Lennon would make tea and bake bread while describing himself as a "househusband," a man who'd stay at home to tend to the children instead of work. Lennon realized his role in the wake of a destructive, alcohol-fueled "lost weekend" in Los Angeles. The period of reflection that followed had changed his life.

Lennon said his time as a stay-at-home dad had awakened a creative urge he hadn't felt for a long time. He went to Bermuda with a guitar and wrote the songs that became Double Fantasy and Milk and Honey.

When considering why Lennon had invited him into his life, Sheff says he was merely "the lucky person on the other side of the microphone."

"When I arrived, it was a time when he just had so much to say," Sheff says. "He would talk and he would stand up; at one point, he was almost climbing on the refrigerator talking about something."

Lennon would have turned 70 on Oct. 9. Sheff says he can't imagine the singer at such an age. But Lennon, he adds, lived for the future. The singer told him that while he liked The Beatles' song "Yesterday," he was glad he had never written it.

" 'I don't believe in yesterday,' " Sheff says, quoting Lennon. "Life begins at 40, or so they promise. And I believe in what's going to come.' That's one of the last things he had said to me."