Accessibility links
Why A Video Game Does Not A Soldier Make Little boys have always played games that mimic war. But former Marine Benjamin Busch argues that these games can't teach the unpredictability of combat, the loss of control or the heartbreak of losing a friend. 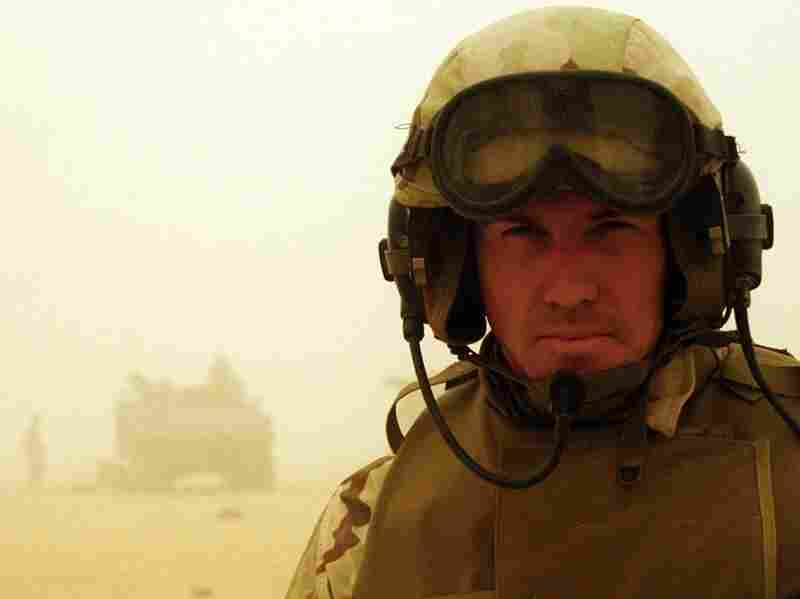 Benjamin Busch served as an infantry officer in the United States Marine Corps and deployed for two combat tours in Iraq.

My grandfather fought the Nazis and was wounded. For years afterward, my father recreated that war in games in his Brooklyn neighborhood, where some of the children playing had lost their fathers overseas. War games always require two sides, and someone in Brooklyn always had to play the Germans.

When I was a boy, I was given plastic army men. I arranged them in the sandbox behind our house, and I killed them. I voiced their commands and made the sounds of their suffering. I imagined their war -- and I controlled it. But I lost those magical powers as a Marine in Iraq.

We know children are immersed in digital interactivity now, and the soldier of today has grown up on video games. It is becoming a new literacy of sorts. Playing and risking your life are different things. In the video war, there may be some manipulation of anxiety, some adrenaline to the heart, but absolutely nothing is at stake.

I honestly don't like that Medal of Honor depicts the war in Afghanistan right now, because -- even as fiction -- it equates the war with the leisure of games. Changing the name of the enemy doesn't change who it is.

But what nation or military has the right to govern fiction?  Banning the representation of an enemy is imposing nationalism on entertainment. The game cannot train its players to be actual skilled special operations soldiers, nor is it likely to lure anyone into Islamic fundamentalism. It can grant neither heroism nor martyrdom. What it does do is make modern war into participatory cinema. That is its business.

But imagine how frustrating this game would be if, just as you began to play it, an invisible sniper shot you dead every time. The game would not be popular, because being killed that way isn’t fair -- just like war. Reality has a way of correcting misconceptions.

The power of controlling your situation, to be able to stop the war and rest, is something that our soldiers are quietly desperate for.  For those who patrol the valleys of Helmand, it is a way to impose limits on the uncertainty of war and the constancy of vulnerability.  A video game can produce no wounds and take no friends away.  The soldier understands the difference.

The games of my youth seem more innocent than the fully articulated violence delivered for the modern day boy, but so did the films, news and books. There is a truth common to all, and that is that playing war in any medium is not combat, and for a gamer, it's not even political. It's just sedentary adventurism in need of a subject. In the real "war gaming" of the invasion and occupation of Afghanistan, perhaps the Pentagon should have allowed someone to play as the Taliban.

The truth is that there are two ways out of Afghanistan: wounds or luck. Proficiency is only part of surviving the randomness of death, and playing games will not protect or endanger soldiers or governments. Gamers inspired to join the Taliban, should talk to John Walker Lindh first. And for those who truly want to play for a Medal of Honor, recruiters are standing by. Only eight have been awarded since we invaded Afghanistan. All but one have been posthumous.