Accessibility links
Handful Of Americans Play Key Roles In Terrorism Threat The single biggest change in terrorism over the past several years has been the wave of Americans joining the fight, not just as foot soldiers but as members of Islamist groups and as key operatives inside terrorist organizations, including al-Qaida. 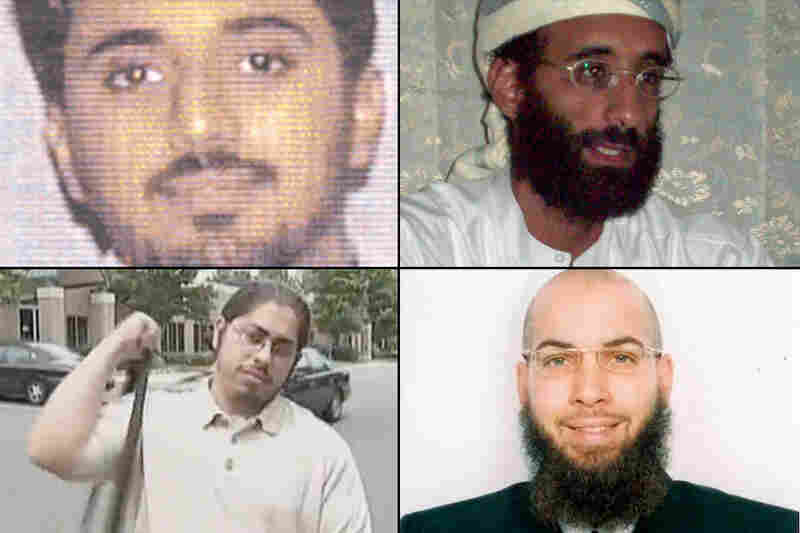 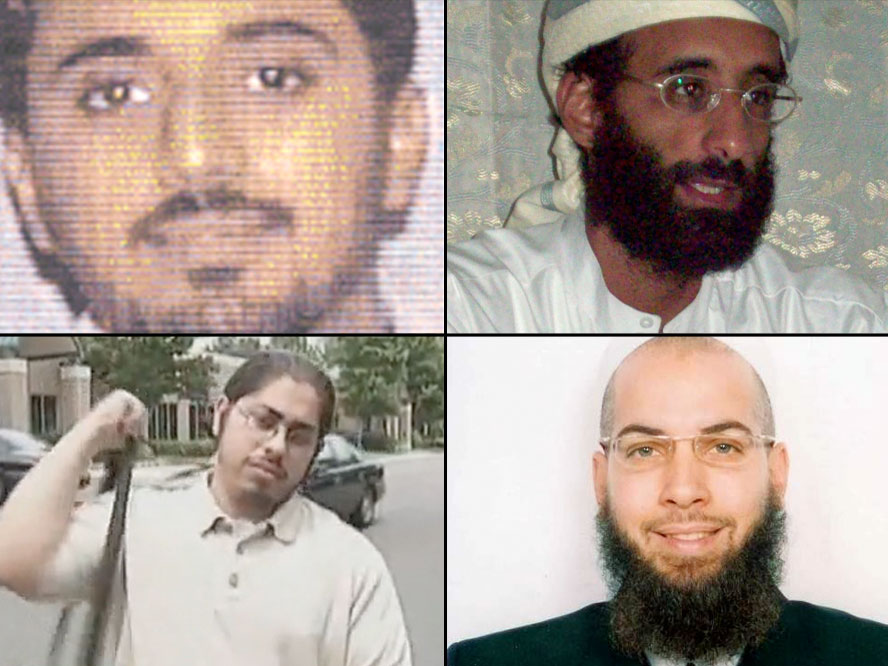 The single biggest change in terrorism over the past several years has been the wave of Americans joining the fight -- not just as foot soldiers but as key members of Islamist groups and as operatives inside terrorist organizations, including al-Qaida.

These recruits, a number of whom are profiled in this "Terror Made In America" series, are now helping enemies target the United States.

The list of American terrorists is growing, and they are coming from the unlikeliest of places: Miramar, Fla.; Charlotte, N.C.; Brooklyn; Albuquerque; and Winchester, Calif.

This series looks at a handful of what are arguably America's most successful jihadis -- people who have risen to a position of prominence in the world of radical Islam. They have emerged as masterminds, propagandists, enablers and media strategists who, because of their understanding of America, pose a new challenge for law enforcement.

One, Adnan Shukrijumah, was born in Saudi Arabia, reared in Trinidad and came of age in Florida. He is now considered one of Osama bin Laden’s top lieutenants. Samir Khan is a North Carolina man thought to have edited and created a new English-language magazine for al-Qaida’s arm in Yemen. Yousef al-Khattab was the founder of Revolution Muslim, an extremist group that operates openly in New York City. He has since left the group. The organization has become a gateway for young Muslims looking to sign up for violent jihad. And Adam Gadahn and Anwar al-Awlaki are two Americans who have helped al-Qaida develop a savvy online presence that is attracting recruits from around the globe. Authorities had been so concerned about al-Awlaki, a radical cleric now living in Yemen, and his ability to recruit jihadis to attack the U.S. that they put him on a capture or kill list -- essentially targeting him for assassination.

All of these people have brought uniquely American qualities to the groups they support. Shukrijumah's path to power in al-Qaida reads like a typical American success story. He worked his way up. Khan's magazine has a glossy American quality to it -- from the jazzy headlines to the articles on how to pack for jihad -- and he tested its prototype in the United States. Members of Revolution Muslim have openly demonstrated in support of al-Qaida, and its founders are converts taking full advantage of how easy it is in America to reinvent oneself. Gadahn and al-Awlaki learned how to reach an American audience by watching how it is done in America, firsthand.