Accessibility links
Nobel Reporter Hears Laureates' First Reactions Each year, one of the first calls Nobel Prize winners get comes from Adam Smith. On the phone, surprised winners can be a little gobsmacked. 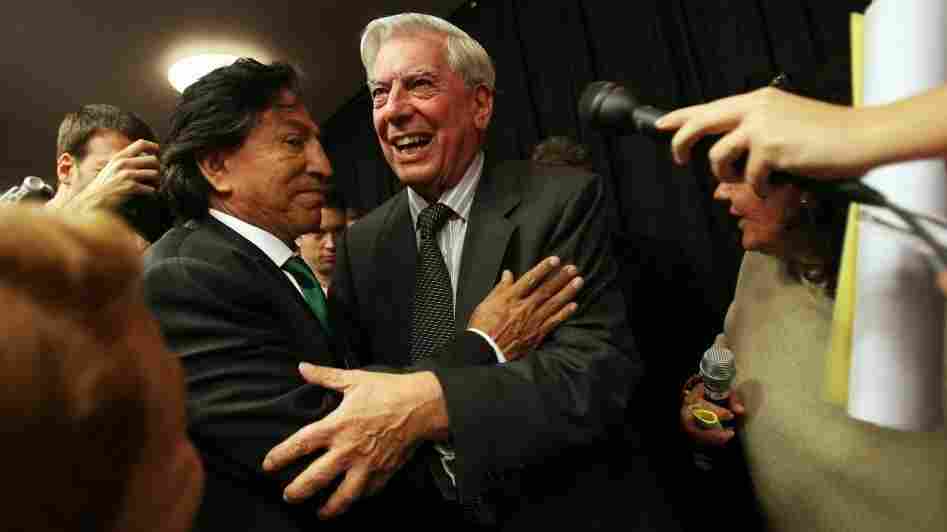 This year's Nobel Prize winners were announced this last week. Each year, one of the first calls those winners get comes from Adam Smith.

2010 winner of the Nobel Prize in Literature

Adam Smith is the editor of the Nobel website, NobelPrize.org. He interviews winners after they're notified. He knows the winners in advance, of course, so he's usually quick to reach them. In the case of this call with 2009 Physics winner George Smith, he's occasionally the first.

2009 winner of the Nobel Prize in Physics

The Nobel Committee is supposed to be the one to notify winners, Adam Smith tells NPR's Guy Raz. But some people hear the news from other sources, like 2008 winner Martin Chalfie, who slept through the committee's call.

2008 winner of the Nobel Prize in Chemistry

"I was the schnook."

There are certain hazards of Smith's job, he says, like convincing people he's for real.

2006 winner of the Nobel Prize for Economic Sciences

And sometimes, the people he calls don't have time for him.

2007 winner of the Nobel Prize in Chemistry

"Could you call back in a couple of minutes?"

One phone call this year actually seemed to upset winner Konstantin Novoselo, who was in the middle of taking measurements.

2010 winner of Nobel Prize in Physics

"You're basically saying I should stop my experiments now?"

"I imagine that in retrospect, he's perfectly happy the day got messed up," Smith says.

But the best part about this job, he says, is sharing the moment before the publicity hits.

"They're elated, they're a bit surprised and confused by what's about to happen and what is happening to them, so you maybe catch them with their guard down a bit and that's nice, because it gives you a sort of window into the real persona behind the laureate."