Accessibility links
Understanding Suicide Terrorism And How To Stop It The willingness of terrorists to give their lives has proven to be highly effective and difficult to stop. Many think suicide bombers are motivated by religion, but Robert Pape, co-author of Cutting The Fuse, says that while suicide terrorists have grievances, religion is rarely among them.

Since Sept. 11, 2001, the willingness of terrorists to give their own lives has proven to be both effective and difficult to stop.

The American public has often assumed suicide attackers are motivated by religious extremism. But in a new book, Robert Pape and James Feldman argue that religion has little, if anything, to do with it.

According to Pape and Feldman, suicide attackers act not out of religious conviction but to resist foreign military occupation.

In their book, Cutting the Fuse: The Explosion of Global Suicide Terrorism and How to Stop It, Pape and Feldman examine every case of suicide attacks over the past three decades. 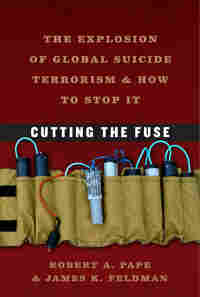 Why Is Suicide Terrorism Important?

In the 1990s, any American watching the evening news or CNN, and even those closely following daily events in print and online, could be excused for not seeing an evolving terrorist threat to the United States.

Cutting the Fuse: The Explosion of Global Suicide Terrorism and How to Stop It
By Robert A. Pape and James K. Feldman
Hardcover, 356 pages
University Of Chicago Press
List price: $30

To be sure, many violent problems consumed our attention. Crime in New York, Chicago, Los Angeles, and other major cities; ethnic cleaning in Bosnia, Rwanda, Kosovo, and other civil wars; and conventional military conflicts involving Iraq versus Kuwait and China versus Taiwan all attracted remarkable coverage in the national and international media and called for dedicated plans of action by leading policy makers in the United States, Europe, Asia, and other countries around the world.

What did not seem to matter much was terrorism. The main concern -- some would say obsession -- of publics and leaders in many major countries for years now was hardly a blip on our radar in the 1990s.

What changed? Today, many people might instinctively answer "9/11," meaning a terrorist attack in the heart of the United States against a leading symbol of America’s freedom and prosperity -- the World Trade Center. This instinctive answer is obviously true, as far as it goes. But it also masks an important, deeper reality about the new threat facing the United States after September 11, 2001.

The new threat was not "terrorism" -- at least not the old-fashioned kind that has been with the world for centuries. Ordinary terrorism occurred in the United States for years before 9/11. Indeed, the first terrorist attack on the World Trade Center occurred on February 26, 1993, when Islamic terrorists detonated a car bomb in the parking garage of Tower One, seeking to knock it down. Although the tower did not fall that day, six people were killed -- something few people now remember and something that did not turn the American government, our military, and much of the country upside down to prevent from happening again. No, the new threat was not simply "terrorism."

What made 9/11 different was the willingness of 19 individuals to give their lives to kill a large number of Americans. No doubt, the attack was evil -- the 3,000 innocent people who died that day did nothing to deserve their horrible fate. No doubt, the attackers were terrorists, but what made 9/11 very different from the terrorism Americans had experienced in the 1990s was the element of suicide by the attackers. The element of suicide is what made it possible for 19 hijackers to kill thousands of people. Even though these 19 were surely dead, the thought of more suicide terrorist attacks propelled anxiety and fear to levels few Americans had experienced in their lifetimes.

More consequences followed. The element of suicide is what instantly persuaded millions of Americans that future attacks could not be deterred by the threat of retaliation against the attackers. Indeed, the element of suicide called into question all our standard ways of responding to violence and so opened the door to all manner of "out of the box" strategic thinking -- from the idea of preventive war against countries not immediately attacking us to the concept of almost unlimited surveillance of virtually any person in the United States by agencies in the executive branch of the U.S. government without observing the normal (and constitutionally mandated) rules of congressional and judicial oversight. Since suicide terrorists must be stopped before they strike, it seemed necessary to look for them almost everywhere, even if no evidence existed that "they" were "there" at all.

In the years since 9/11, these "out of the box" responses have come under increasing scrutiny. Even defenders of staying the course would hardly deny that many of the domestic and foreign policies associated with the "war on terrorism" have produced their own costs and risks -- in lives, national debt, and America’s standing in the world. As painful as side effects are, however, they do not really call into question the basic logic of the threat we face and how we should respond to it. They are a bit like a doctor telling a patient to stop smoking to avoid the risk of lung cancer and the patient asking," won’t I gain weight?" The side effect is real, but far from clearly more worrisome than the main threat.

Suicide terrorism is like lung cancer in other ways too. Just as there are numerous forms of cancer, and some quite benign, there are a various forms of terrorism, not all of which are worth the dedicated attention of our national leaders for sustained periods of time. Lung cancer justifies inordinate resources and attention because it is the leading cause of death among all cancers (and many other diseases). So too suicide terrorism. It merits special attention, because this type of terrorism is responsible for more deaths than any other form of the phenomenon -- from 1980 to 2001, over 70% of all deaths due to terrorism were the result of suicide terrorism even though this tactic amounted to only 3% of all terrorist attacks.

Lung cancer can also exist for years, hardly creating symptoms until its most virulent stage. So too suicide terrorism. Although it may sound surprising, the United States did not begin to keep statistics on suicide terrorism until the fall of 2000, even though it had been tracking ordinary terrorism around the world for decades. This omission goes a long way toward explaining why 9/11 was so hard to see coming.

These facts help explain why there was such a broad failure of imagination before 9/11 -- not only among the public, not only among national policy makers, but even by "terrorism experts" at the time. Since all terrorism was dropping like a rock and we were not tracking suicide terrorism in anything like a comprehensive way, it was hard to see that the threat was growing.

To prevent future 9/11s, it is crucial to focus our attention on preventing anti-American suicide terrorism. True, other forms of terrorism also matter. Conventional truck bomb attacks against bridges, antiaircraft missile shots at civilian airliners, the proliferation of chemical, biological, or nuclear weapons that leads to their use by terrorists -- every one of these other terrorist threats is nontrivial. Every one was with us in the 1990s. But, the crucial point is that every one is greatly magnified by the willingness of the terrorists to kill themselves in order to carry the attacks out. Although suicide terrorism is not the only kind of terrorism, it is the most virulent form of the phenomenon and makes every other form of terrorism far more deadly than before. 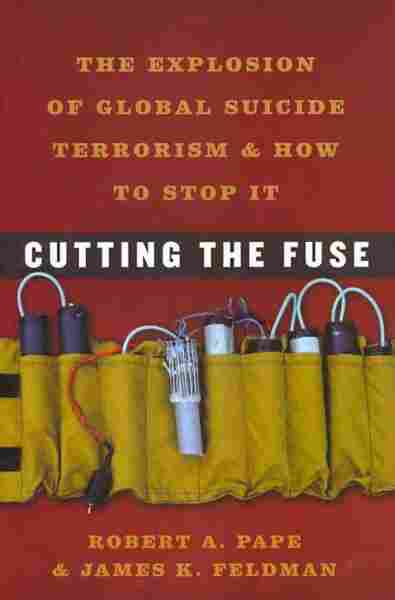 The Explosion of Global Suicide Terrorism and How to Stop It

Title
Cutting the Fuse
Subtitle
The Explosion of Global Suicide Terrorism and How to Stop It
Author
Robert Anthony Pape and James K. Feldman