Accessibility links
Kenya's Kenge Kenge Sustain An Exhilarating Tradition These eight musicians from Nairobi perform traditional benga music on a variety of East African instruments. Listen to a live performance and an interview with All Things Considered host Melissa Block. 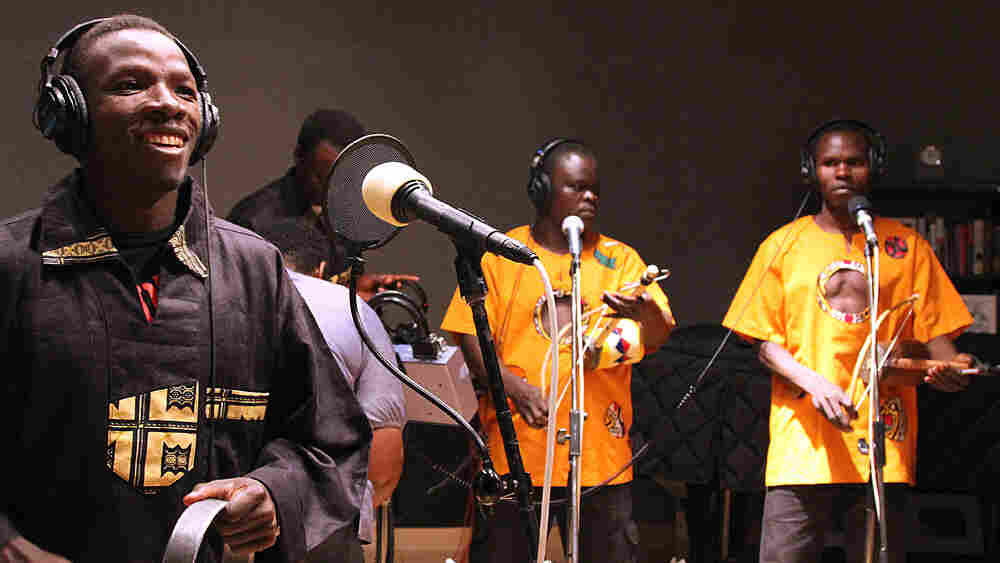 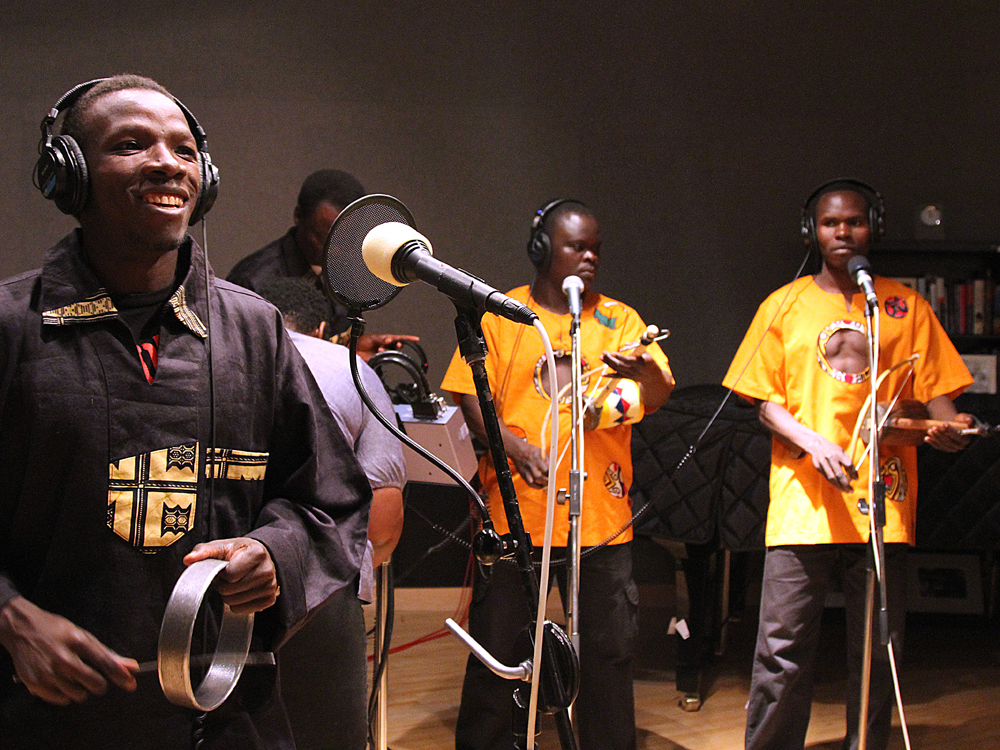 Kenge Kenge is an eight-person ensemble from Nairobi, Kenya, that specializes in benga, a traditional folk rhythm that dates to the 1940s. The group's name translates to "a fusion of small, exhilarating instruments" -- and that's exactly what transpired when the collective joined All Things Considered host Melissa Block in Studio 4B. 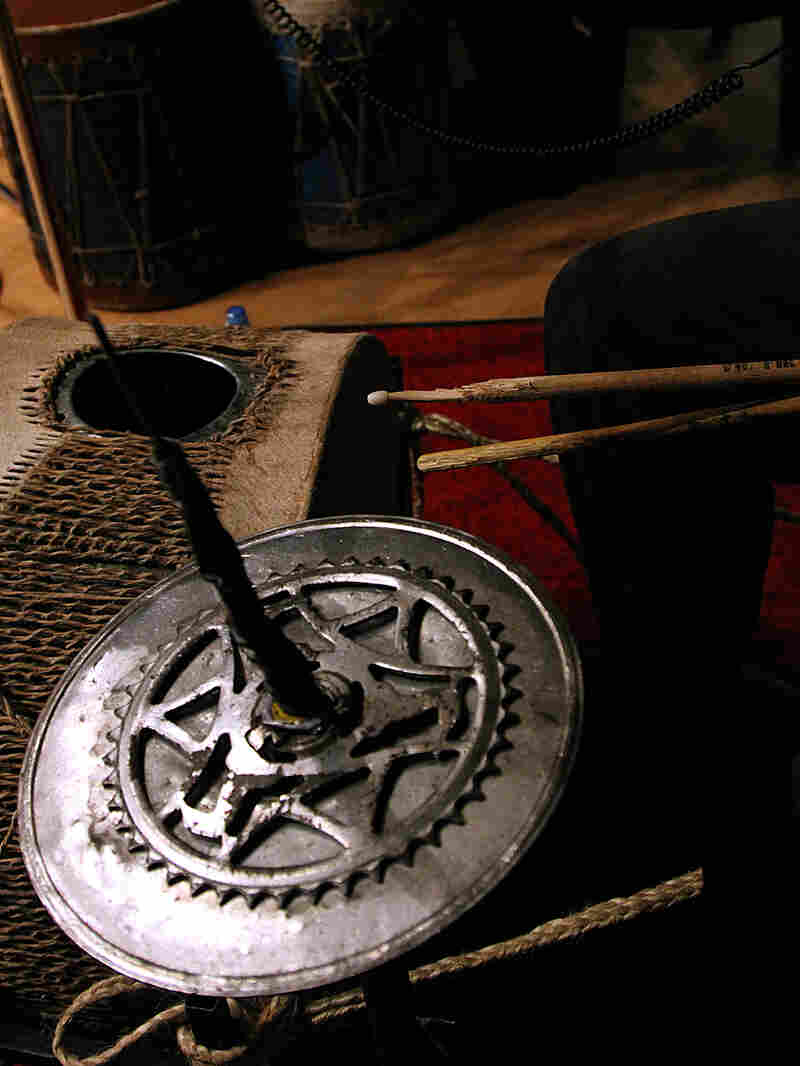 Kenge Kenge often makes its instruments out of recycled material, like this high-hat cymbal made from bicycle parts. Abby Verbosky hide caption

They brought in an orutu (a fiddle made out of carved wood and monitor lizard skin), an asili (a high-pitched flute), bunde drums (a staple of the Luo people in East Africa), and a nyatiti (an eight-string lyre). There was even an aporo, a horn made out of cow and antelope horns.

"Benga is a Luo music, it means happiness," says Kenge Kenge leader George Achieng. "It all started from the traditional instruments we have [here], before the guitars came in."

That's one of the interesting things about Kenge Kenge: They've intentionally left out the guitar in an effort to buoy this traditional music.

"It's very difficult because the Western music and Western culture is really invading our airspace," says Kenge Kenge's Isaac Gem. "It's a very big challenge for the young people to take up these instruments. If this generation will go without doing anything about [benga], I'm afraid that it's going to be depleted."

"We leave from the city and go to the village and play for people for free," Achieng says, "just to identify the young ones who have the same talent, so that we can teach them, because we don't want this tradition to die."

Gem was one of those children. He thought benga was "backward" and instead decided to play Western guitar.

"I am a true story," he says. "I used to play in a cover band, we used to play Michael Jackson and all that, and I didn't enjoy [benga]. But … I got to meet these guys, and now I love this.

"[Jackson's] good and talented, but this is the real thing."

Click the links above to listen to a performance and chat with Melissa Block, as well as a song not included in the broadcast.