Accessibility links
'Carlos': 20 Years of Terror, Five Dramatic Hours A multi-lingual epic traces the development of the Venezuelan terrorist known as Carlos the Jackal from radical revolutionary to mercenary fighter. Well researched, it's a leviathan of a film powered by explosive action and engaging acting. (Recommended) 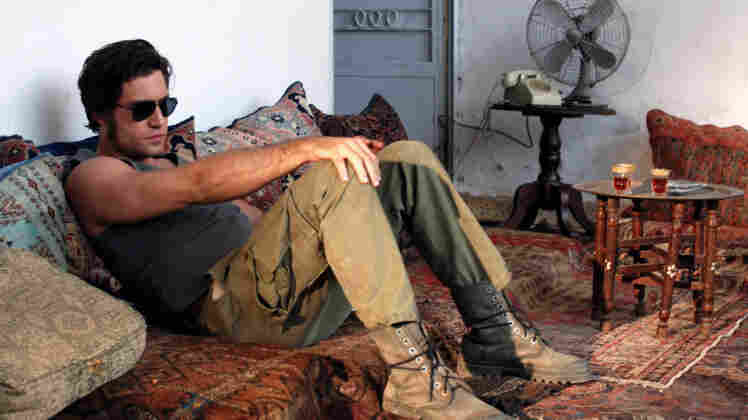 Most Wanted: Edgar Ramirez stars as Carlos the Jackal, a Venezuelan-born terrorist who fought for Palestinian liberation and then became famous for kidnapping members of an OPEC conference in 1975. IFC Films hide caption

'The Best Thing To Do'

French cinema is having a '70s flashback, and that doesn't mean bell-bottoms, shag haircuts and disco. It means bombs, machine guns and rhetoric that's as fiery as it is quaint. These ingredients -- along with whiskey and women -- fuel the title character of Olivier Assayas' Carlos, an exhilarating five-hour, two-decade tour of New Left fervor and futility.

Something of a companion piece to the two-part Mesrine saga, Carlos tracks the bloody career of Ilich Ramirez Sanchez, dubbed "Carlos the Jackal" by the media (though not by this movie). Where Mesrine was a gangster who came to fancy himself a revolutionary, Assayas' Carlos (deftly played by Edgar Ramirez) is a revolutionary who never quite admits to himself that he's become a gangster.

The writer-director, whose previous movie was the much gentler Summer Hours, is careful to call Carlos a fictionalization. But Assayas, working with co-scripter Dan Franck, did extensive research, and key events are underscored with archival footage. Most of the dialogue is invented, but the sweep of events is genuine.

The son of an affluent Marxist lawyer, Carlos was raised in Venezuela and studied in both London and Moscow before he found a cause: Palestinian liberation. That conflict might seem distant from Latin America, but it was fashionable with the international left in the early '70s. At various times, Carlos' allies included German, French and even Japanese zealots.

Zipping between London and Paris and Beirut and Damascus, Carlos is promoted from random attacks to a major operation: the kidnapping of the oil ministers who attend a 1975 OPEC conference. It's the beginning of the Jackal's notoriety, but the end of his radical purity: Unable to complete the mission, he settles for collecting a ransom and is banished by his handler. From here on out, he'll have to go freelance. 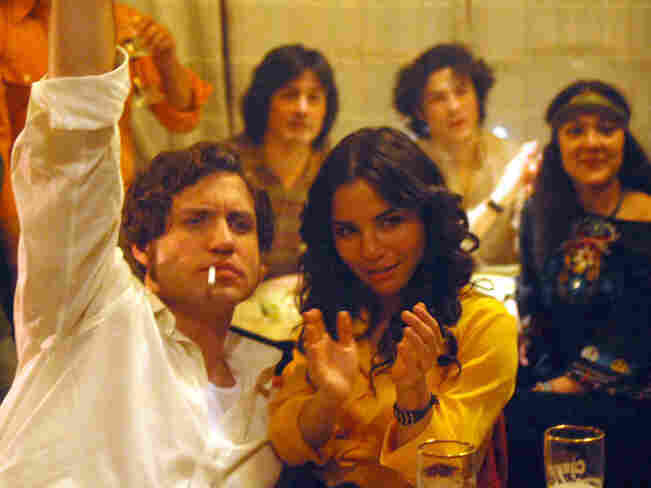 Carlos was famous for his many relationships, including one with Ampara Silva Masmela, played by Martha Higareda. Photo numÈrique hide caption 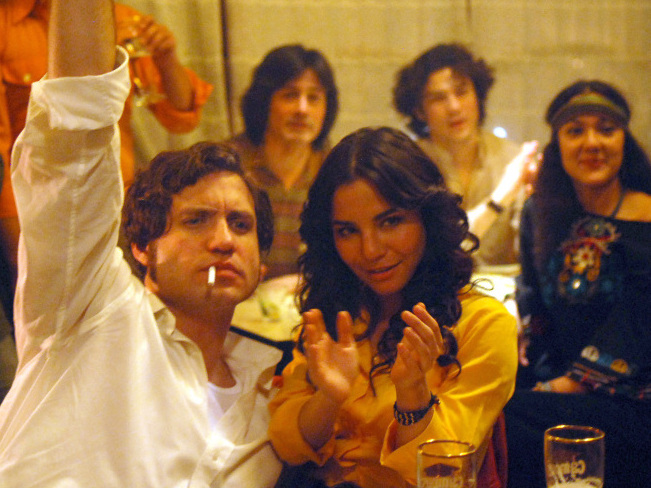 Carlos was famous for his many relationships, including one with Ampara Silva Masmela, played by Martha Higareda.

Of course the OPEC kidnappings weren't designed to further anyone's liberation; they were part of an intramural squabble between Middle Eastern dictatorships. This assignment sets the pattern for Carlos' subsequent actions. The Marxist "soldier" becomes a murderous errand boy for various Arab and Soviet Bloc state-security agencies, skulking in safe houses from Aden to Budapest to, finally, Khartoum. That's where the French, assisted by the CIA, arrest Carlos for killing two cops in Paris. (He is serving a life sentence for these murders; some of his other alleged crimes remain under investigation.)

The botched OPEC raid isn't the only failure the film shows: Guns jam, rockets miss their targets, and frenzied would-be Che Guevaras refuse to obey orders. Like Mesrine, Carlos doesn't present its protagonist as some sort of movie superhero. The story is real-world messy, often disturbing and sometimes darkly funny.

Carlos was made for French cable TV (and is showing this month on the Sundance Channel), but it doesn't look like small-screen fare. The images are widescreen, and the camera movements quick and fluid, as has long been Assayas' style. The action is paced by a vibrant score, heavy on such post-punk bands as the Feelies, Wire and New Order but also including African and other musics.

Ramirez, himself a Venezuelan, portrays Carlos as complex and charismatic, if not exactly self-analytical. He's assured and fluent, with both people (especially his many starstruck lovers) and languages. He speaks English, French, Spanish, German and Arabic -- about half the tongues heard in this wide-ranging saga.

Although the project was initiated by producer Daniel Leconte, Carlos is a natural for Assayas, who's explored contemporary globalization in such ominous films as Demonlover and Boarding Gate. The world order the movie depicts has vanished, but self-styled soldiers and murky motives didn't disappear with the Berlin Wall. (Recommended)