Accessibility links
Schools Forfeit Games, Putting Safety Above Football A number of high schools have forfeited football games lately out of concern for the safety of their players. Frank Deford wonders, is the game no longer worth the price of admission to manhood? 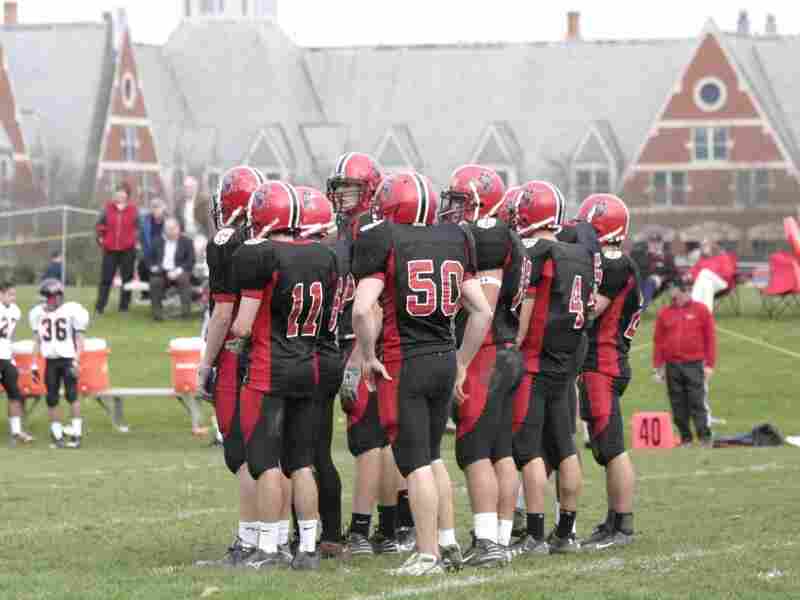 The Dragons of St. George's gather on the field. The Rhode Island boarding school canceled its Oct. 8 game with Lawrence Academy out of concern for its players' safety. Courtesy of St. George's hide caption 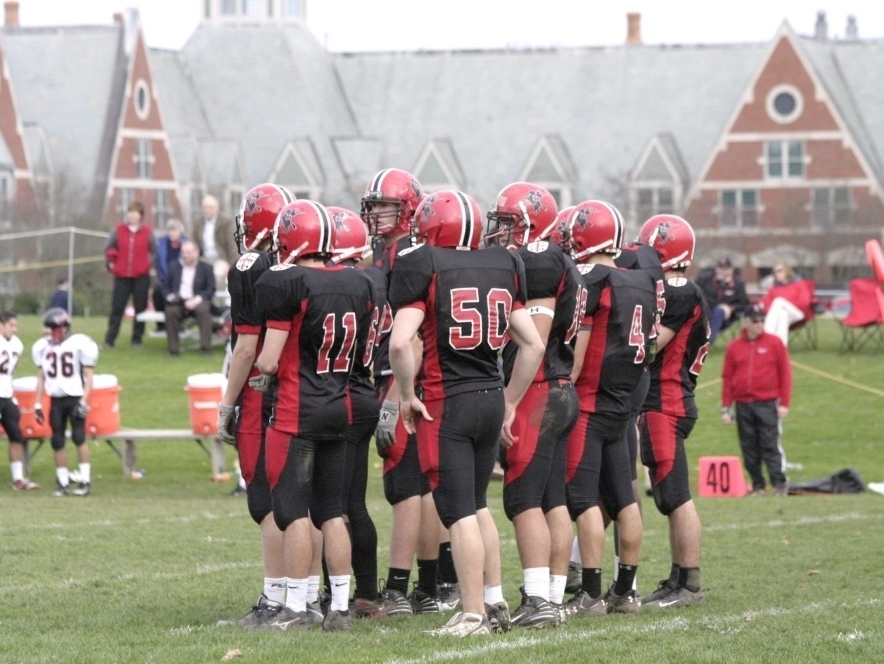 The Dragons of St. George's gather on the field. The Rhode Island boarding school canceled its Oct. 8 game with Lawrence Academy out of concern for its players' safety.

All of a sudden, it seems, America has discovered that our football is a very dangerous game. The talk of concussions and the reports of how the sport permanently damages its gladiators has mostly centered on professionals.

But what happened recently at two high schools suggests, perhaps, that the risks of football will now be more seriously evaluated with regard to ordinary schoolboys.

In successive weeks, two schools forfeited their games to the Red Lion Christian Academy of Bear, Del. -- a private school that didn't even field a football team until 2002, but has now become something of a powerhouse. Then last week, in a New England league that includes some of the finest old boarding schools in the country, St. George's canceled its game against Lawrence Academy.

In both cases, officials of the schools that pulled out of the games were simply worried that their young, small players were overmatched and would get hurt.

The Lawrence offensive line, for example, averages almost 290 pounds, while St. George's has few players who even weigh so much as 200.

So Eric Peterson, the head of St. George's, a former player and coach himself, made the decision because, he said, simply, "we have an ethical and moral obligation" to protect our students. It had nothing to do, he said, with losing a game.

Nonetheless, the cancellations prompted some predictable accusations of "cowardice" and "quitting." Football has always been a touchstone for American boys. It's often viewed as a test of manhood -- which is not an attribute, for example, normally associated with baseball or basketball.

Moreover, football has a more recognized place in school culture than all other sports. It's scheduled at the start of the school year, and as such, it has a more prominent part in the scholastic rhythm. Back to school -- readin', writin', 'rithmetic ... and football.

To criticize football is not just to denigrate the sport, but to mess around with a lot of fond symbolism about growing up in America and growing up strong.

These cancellations -- isolated though they may be -- may, however, augur a trend.

As the recognition of football's dangers grow, you have to wonder if we're coming to a point where schools, even whole leagues, will decide that as much as football is embedded into our national psyche and into our school structure, the sport has become so physical that, for growing boys, the game may be no longer worth the price of admission to manhood.