Accessibility links
White House Lifts Ban On Offshore Drilling The Obama administration announced that companies able to meet new safety standards will be able to drill in the Gulf of Mexico. The six-month moratorium had been scheduled to end Nov. 30. 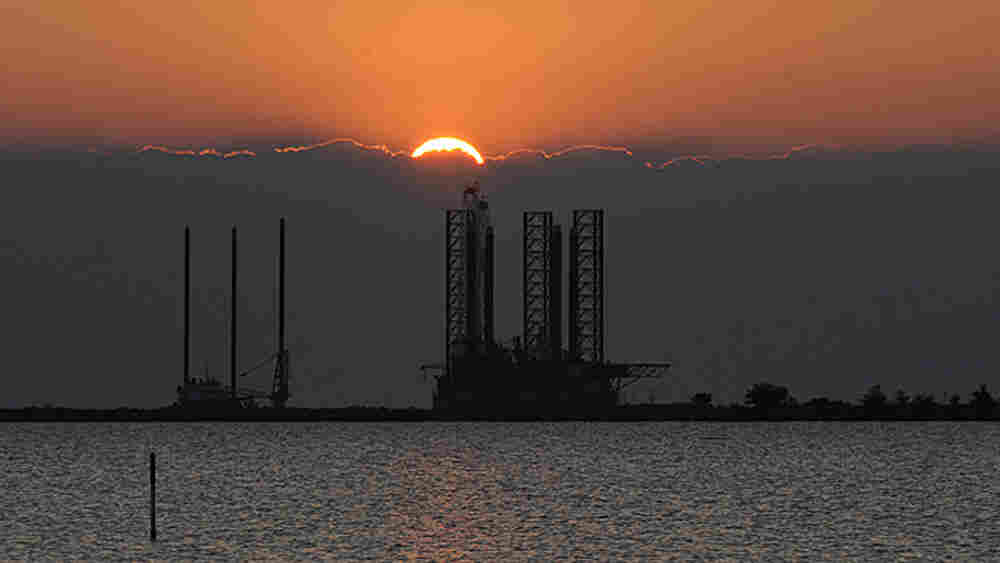 The sun sets over an oil platform waiting to be towed out into the Gulf of Mexico at Port Fourchon in Louisiana. Getty Images hide caption

The Obama administration announced Tuesday that companies able to meet new safety standards will be allowed to drill in the Gulf of Mexico, ending a six-month moratorium that had been scheduled to end next month.

Interior Secretary Ken Salazar said the new rules imposed after the BP spill -- the worst environmental disaster in the country's history -- have strengthened safety measures and reduced the risk of another catastrophic blowout.

"Operators who play by the rules and clear the higher bar can be allowed to resume" drilling, Salazar said at a Washington news conference. He added: "The oil and gas industry will be operating under tighter rules, stronger oversight, and in a regulatory environment that will remain dynamic as we continue to build on the reforms we have already implemented."

The administration has been under heavy pressure from the industry and others in the region to lift the ban on grounds it has cost jobs and damaged the economy. A federal report said the moratorium likely caused a temporary loss of 8,000 to 12,000 jobs in the Gulf region.

Michael Bromwich, director of the agency that oversees offshore drilling, said it would take "at least a couple of weeks" after the ban is lifted before permits are approved.

After BP's oil well exploded in the Gulf in April, President Obama put a one-month moratorium on certain types of offshore oil drilling. It was later extended to a six-month moratorium, with an official end date of Nov. 30.

But White House spokesman Robert Gibbs suggested earlier Tuesday that the ban would end early, emphasizing that the move would include new requirements for those seeking to drill exploratory wells.

Lifting the moratorium ahead of the deadline doesn't come as a surprise. White House officials have said all along that they would allow drilling to begin earlier than Nov. 30 if they are confident that oil companies have a strategy to contain and clean up future spills.

Gibbs said the government and the American people need to have confidence that if another spill happens, the oil companies have resources in place to deal with it.

NPR's Ari Shapiro contributed to this report, which contains material from The Associated Press