Accessibility links
Contemplating The 'Hereafter,' Unhurriedly Clint Eastwood takes on a new kind of project: a supernatural drama that quietly meditates on the afterlife, following several characters who've had brushes with death. Matt Damon's reluctant psychic struggles with his gift, a writer reacts to nearly dying and a young boy grieves for his lost twin. 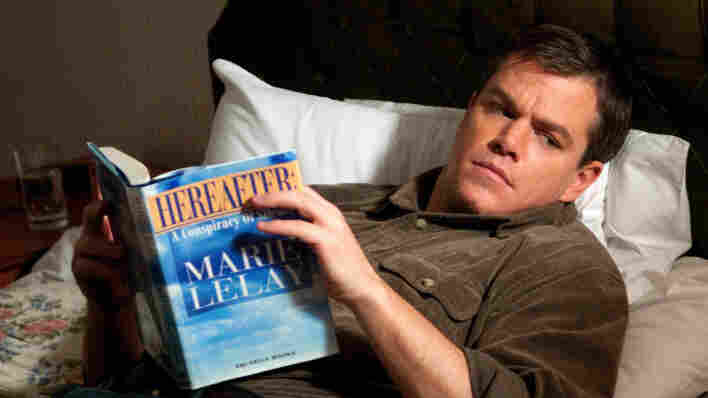 'I Think You Experienced Death'

'Can I Ask You A Question?'

Filmmaker Clint Eastwood has been delivering a lot of change-ups in the past decade. He went from directing the somber murder mystery Mystic River to making the women's-boxing film Million Dollar Baby. Then he did a matched set of World War II pictures, a kidnapping drama, a film about racism in Detroit, and another about Nelson Mandela and South African rugby.

And as different and unconventional as all of those pictures are, none of them sets you up for his latest film: Hereafter, an unforced, mostly quiet meditation on what may be waiting for us on the other side of death.

The first seven minutes of Hereafter, mind you, are designed to knock your ears back in ways no previous Eastwood film has. And they do. A huge tidal wave -- the Indian Ocean tsunami of 2004 -- slams into a resort where a French journalist (Belgian actress Cecile de France ) is shopping in a street market.

The town is reduced to splinters, and the journalist drowns. Gone. Lifeless. And then, long after the rescuers trying to revive her have given up, she coughs, sees soft-focus visions of blurry figures backed by bright light, and miraculously comes back to life.

I wish I could say the same thing happens to the movie she's in. But after that startling disaster-flick opening, Hereafter gets hit by a slow-motion tidal wave of afterlife hokum, and you can feel it slipping away, bit by bit, despite Eastwood's best efforts to keep it on life support. His biggest ally in the struggle is Matt Damon, playing an extremely unwilling psychic who keeps being approached by strangers who want him to do readings -- to put them in touch with loved ones who've died.

Damon's character is supposed to be the real deal. When he holds hands with someone, even for just a second, he can see whoever they're grieving for. Understandably, he wears gloves when he can, but sometimes, even knowing it will skew a relationship, there's just no avoiding holding hands -- say, with a gal (Bryce Dallas Howard) he's attracted to in cooking class.

There are two other plot threads that will be woven together with Damon's -- a bit clumsily -- and the folks in the other two have no such reluctance about exploring the other side of mortality. That French journalist who briefly drowned? She sacrifices her career to write a book about a conspiracy to hide the afterlife. The surviving half of an adorable pair of adolescent identical twins? He spends the better part of a year trying to make contact with his dead brother. (The boys are played affectingly, and alternatingly, by Frankie and George McLaren.) 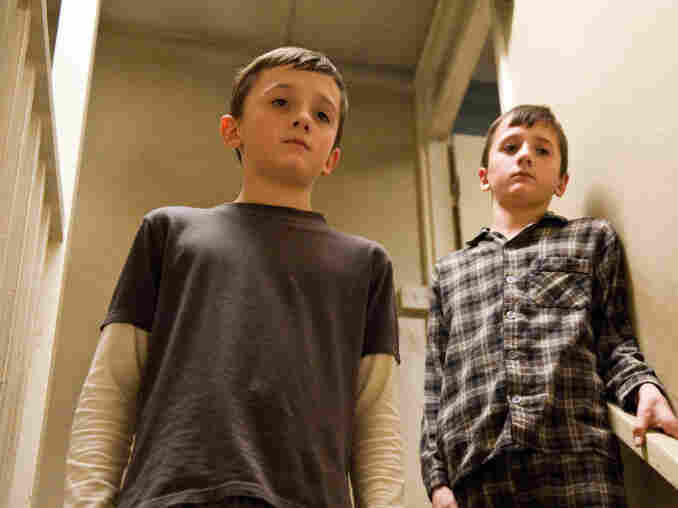 And screenwriter Peter Morgan, who wrote hard-nosed scripts for Frost/Nixon, The Queen and The Last King of Scotland? He trips down a rabbit hole into sentimentality of a type he's not trafficked in before.

Not that Eastwood's filmmaking isn't as graceful and unhurried as ever. He's made this meditation on mortality stately and elegant -- sort of a Babel for the supernatural set. There's beautifully shot globe-trotting from Asia to California to Europe, and performances that are mostly nuanced and low-key. We hear from an atheist convinced by years of working in a hospice that there's something on the other side of death. And late in the film, a character addresses the question that's likely to be on skeptical viewers' minds by visiting a raft of phony spiritualists, mediums and charlatans.

It's as if everyone involved in the film figured they could keep Hereafter from turning ghost-story hokey by making it grounded, beautiful and matter-of-fact. And it sort of works. There are no inadvertent giggles here; it just doesn't add up to enough, after.