Accessibility links
Massive Attack On World Cafe : World Cafe These two trip-hop luminaries have been a driving force behind the electronic scene for more than a decade. They're at it again with their first proper studio album in seven years. Hear the duo's gripping music live in the WXPN studios of Philadelphia. 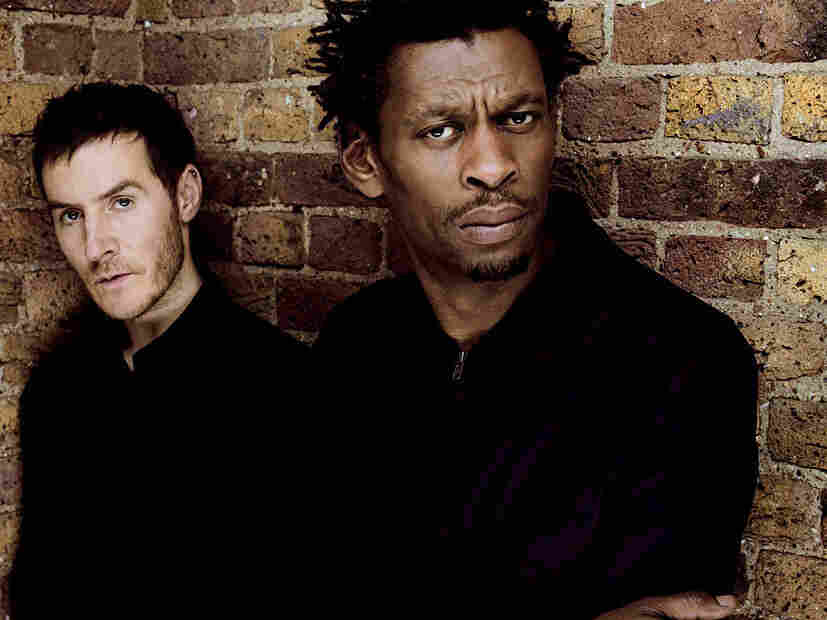 The two-man army that is Massive Attack is at it again, producing its first proper studio album in seven years, Heligoland. Consisting of Robert "3D" Del Naja and Grant "G" Marshall, Massive Attack has been a driving force behind the electronic scene since its 1991 debut album, Blue Lines.

With its distinct trip-hop aesthetics, along with an ever-changing sound structure, Massive Attack has earned critical and commercial acclaim throughout its career. On Heligoland, Massive Attack has created futuristic, gripping music that calls to mind images of blaring neon lights and dark streetcorners.

The music is densely layered, with a slew of prominent vocalists lending their talents,from Blur’s Damon Albarn to TV on the Radio’s Tunde Adebimpe.  With its trance-inducing sound on full display, Massive Attack show that it still has the ability to produce hypnotic, head-bobbing music with the best of them.