Accessibility links
How Can You Tell When A CEO Is Lying? In the financial markets, a lot rides on the word of a company's top executives. If a CEO tells a lie, a lot of shareholders can get hurt. Two researchers have studied earnings calls and think they know how to gauge senior executives' truthfulness. 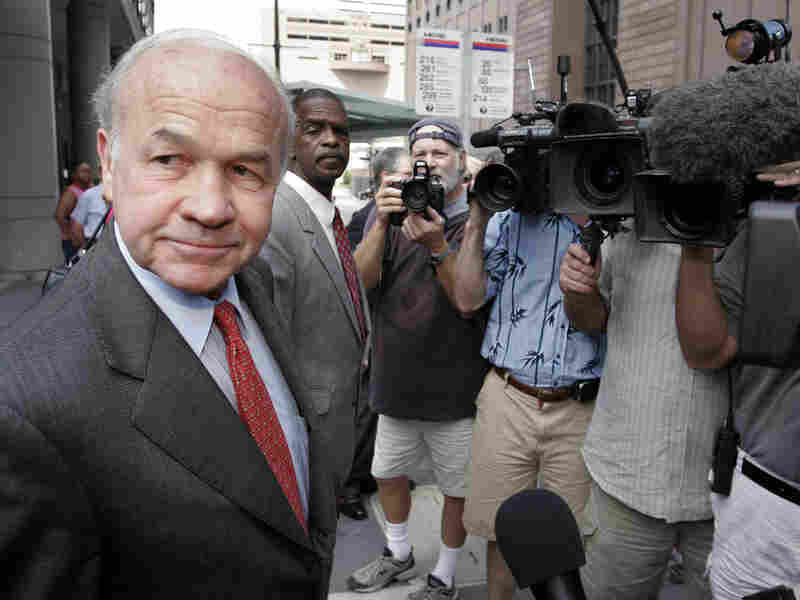 Former Enron CEO Kenneth Lay stands outside the U.S. courthouse in Houston after the close of his bank fraud trial in May 2006. Two Stanford University researchers say that lying CEOs tend to use a lot of words that express positive emotion to overcompensate. Dave Einsel/Getty Images hide caption 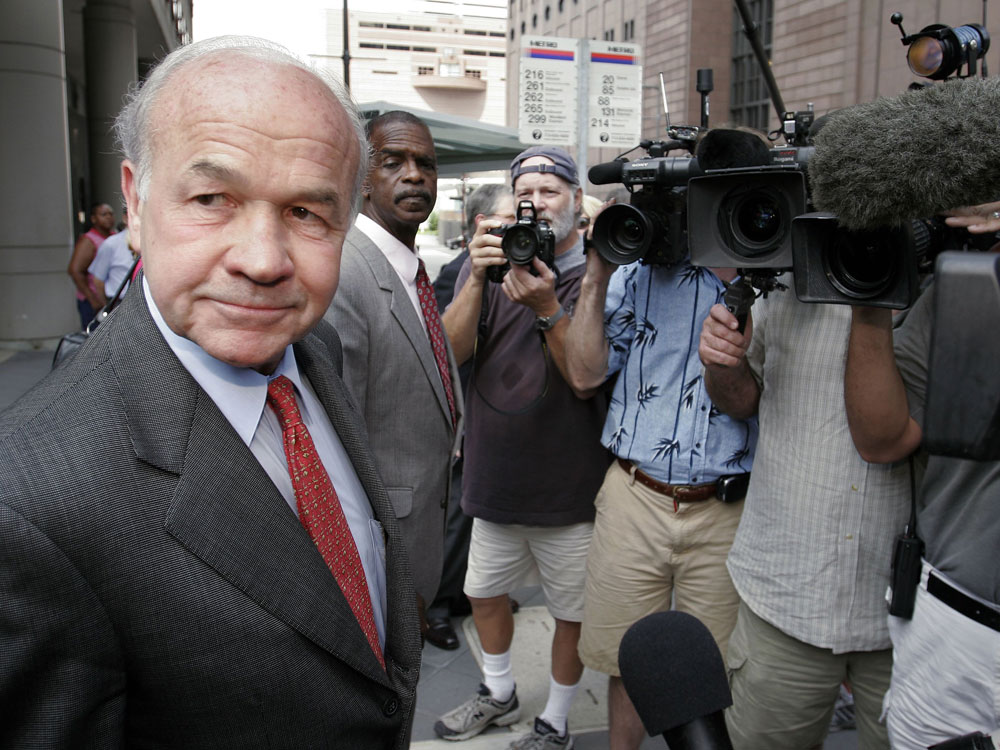 Former Enron CEO Kenneth Lay stands outside the U.S. courthouse in Houston after the close of his bank fraud trial in May 2006. Two Stanford University researchers say that lying CEOs tend to use a lot of words that express positive emotion to overcompensate.

In the financial markets, a lot rides on the word of a company's top executives. If a CEO tells a lie, a lot of shareholders can get hurt.

Now, after studying thousands of corporate earnings calls, two researchers from Stanford University think they've come up with a way to tell when senior executives are fibbing.

It's a question that people have been wrestling with for as long as humans have been interacting with each other.

"I think since the Garden of Eden we've been trying to figure this out -- who's lying and who's not lying," says David Larcker, a professor of accounting at Stanford's Graduate School of Business.

He says it's a question that has taken on real urgency in the business world in recent years. The financial crisis underscored how opaque the books are at a lot of companies, and before that came the massive corporate frauds at Enron and WorldCom.

"There were some gigantic accounting frauds -- big restatements and things like that -- so a typical issue for us or for analysts or institutional investors is, can you actually predict those companies that are likely to have problems?" Larcker says.

That question is what he and Ph.D. student Anastasia Zakolyukina set out to answer. It's a field psychologists and linguists have studied a lot over the years, and they've come up with certain indicators that signal deception.

For instance, in 2002 NPR interviewed Computer Associates CEO Sanjay Kumar, who later went to prison for securities fraud, about his company's auditing practices.

In other words, Kumar was asked, "Can your books be trusted?" And he replied by saying, "We hire the very best auditors." Larcker says that can be a big warning sign.

"You basically are not answering the question. You're basically making reference to somebody else, and those are the kinds of things in psychology you look for," he says.

Larcker and Zakolyukina pored through the transcripts of thousands of corporate earnings calls when CEOs and chief financial officers take questions from analysts.

And then they studied the words of executives at companies that later had to restate earnings, which often happens after fraud has occurred. The researchers identified some key indicators of deception.

Zakolyukina says lying executives tend to overuse words like "we" and "our team" when they talk about their company. They avoid saying "I."

She says there's a reason for that: "If I'm saying 'I' or 'me' or 'mine,' I'm showing my ownership of the statement, so psychologically I'm showing I'm responsible for what I'm saying."

Lying CEOs also tend to use a lot of words that express positive emotion -- things are fabulous and fantastic and extraordinary.

Here's what Enron CEO Kenneth Lay said when he addressed his employees at a time when the company was about to implode: "I think our core businesses are extremely strong. We have a very strong competitive advantage. Of course, we are transferring this very successful business model and approach to a lot of new, very large markets globally."

Words like that can be a form of overcompensation.

"If all my speech is 'fantastic,' 'superb,' 'outstanding,' 'excellent' and all my speech sounds like a big hype -- it probably is," Larcker says.

Larcker and Zakolyukina have put their data into a computer model -- one that can issue red flags when signs of deception occur. And they've already heard from a lot of people in the markets wanting to use it.

Larcker says he received at least one critical comment that basically said: "Thanks a lot for telling the CEOs and CFOs how to lie."

He acknowledges that a lot more research needs to be done in the field, and he's the first to admit his model is not foolproof.

But in a decade when billions of dollars have been lost in accounting frauds, a lot of investors will be ready to seize on any tool they can find to figure out who they can trust.