Accessibility links
Why Common's 'Resurrection' Is Worth A Deluxe Box Set Rap reissues have long paled in comparison to more elaborate rock and jazz offerings.  But Common's <em>Resurrection</em> receives the thought and effort its stature deserves. It seems well-positioned to tap into a marketplace of fans eager to revisit the classics.

Why Common's 'Resurrection' Is Worth A Deluxe Box Set

Why Common's 'Resurrection' Is Worth A Deluxe Box Set 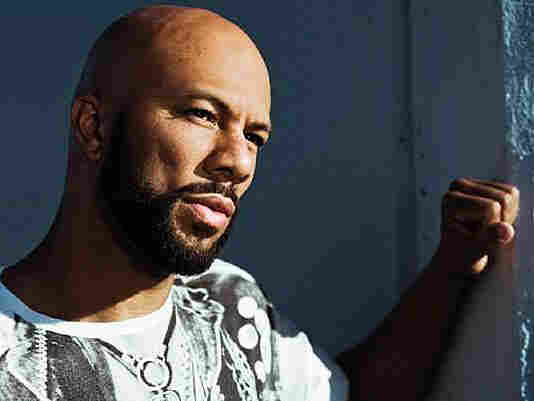 When Common first released his sophomore album, Resurrection, in 1994, it heralded the first of many reinventions for the Chicago rapper. On his 1992 debut, Can I Borrow a Dollar?, Common displayed a brash and cocky attitude apropos for a rapper barely out of his teens. Two years later, he had matured into a more thoughtful and introspective figure, possessed of a mind state he once described as residing between Chicago's Cabrini Green projects and the Black bohemia of café culture portrayed in Love Jones.

It's as if Common had gone from playing dozens on the corner to standing in as an elder statesman, especially in songs that discussed everything from alcoholism ("Book of Life") to the racism of capitalism ("Chapter 13"). Like another young rapper who came of age in 1994 -- Nas with his debut, Illmatic -- Common seemed cut from a similar cloth: socially conscious, verbally dexterous and seemingly wise beyond his years.

Where Are All The Hip-Hop Greatest Hits Collections?

Moreover, just as Nas had "Memory Lane," Common's Resurrection was thoroughly sozzled in nostalgia (an odd notion, considering that he couldn't have been older than 22 at the time). Nevertheless, in "Nuthin' to Do," he waxes rhapsodically about his youth, running around "Old Chicago and Fun Town," while the album's cover was clearly inspired by the iconic Reid Miles-designed art on vintage Blue Note jazz albums. Musically, too, Resurrection's main producer, No I.D., suffused the album in beautiful streams of older jazz samples (including two different uses of the Modern Jazz Quartet's 1956 rendition of Gershwin's "But Not for Me").

And, of course, there's the big hit from Resurrection -- "I Used to Love H.E.R." -- whose yearning for hip-hop of yore (despite rap music being barely 15 years old in 1994) resonated so powerfully that it continues to inspire remakes and even a feature film. It seems only fitting that Resurrection should become one of three newly reissued albums given that most nostalgia-laden of treatments: the deluxe box set.

Rap reissues are nothing new, but historically, they've paled in comparison to more elaborate rock and jazz offerings. For example, fans who picked up Illmatic's 10th-anniversary edition in 2004 received a bonus disc with two previously unreleased songs and four anemic remixes (none of which accompanied the album's original singles), but no other treats. Likewise, 2007's 20th-anniversary edition of N.W.A's Straight Outta Compton included new liner notes, but the "bonus" material consisted of five "tribute" songs by Mack 10, Bone Thugs N' Harmony and others. These are widely considered two of the most important albums in hip-hop history, yet both reissues felt under-baked at best, opportunistically lazy at worst. 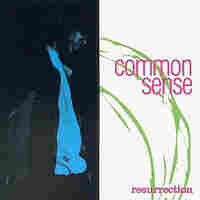 In contrast, the Resurrection box set clearly aims for loyalists (and potential converts) by including a full-sized poster of the cover art, 24 pages of liner notes written by journalist Brian Coleman and Common himself, and a bonus CD compiling all the 12" remixes, a cappellas and instrumentals connected with the original release. It's not quite as stunning as placing your entire re-mastered catalog on a USB drive in the shape of your label logo, but it's a step in the right direction.

The Resurrection box is joined by two similar rap box sets, overseen by Get on Down and Traffic: Pete Rock and C.L. Smooth's Mecca and the Soul Brother (1994) and Boogie Down Productions' Criminal Minded (1987). This is new water that the rap industry is wading into; hip-hop listeners are notorious for being on the front line of file-sharing, and these box sets are trying to convince part of that demographic to shell out $20 for (gasp!) physical media. However, just as Common helped capitalize on a wave of recent rap nostalgia, his album reissue seems well-positioned to tap into a marketplace of fans eager to revisit past classics, especially when the reissues are given the extra thought and effort their stature deserves.