Accessibility links
Bryson's 'Short History' Of Household Objects Acclaimed author and travel writer Bill Bryson has pointed his compass at his own house in the English countryside. At Home: A Short History of Private Life, explores the history of the world through the rooms of his home and the objects that fill them. 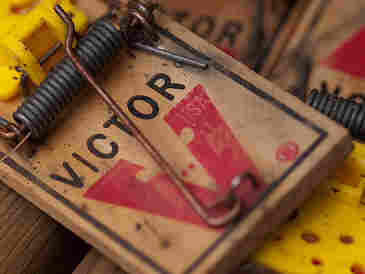 Like many simple household items, Bryson says the mousetrap has proven so useful that its design has changed little since its invention in 1897. geminder via Flickr hide caption

After years of taking readers around the globe with his witty travel writing, author Bill Bryson has pointed his compass at his own house in the English countryside.

In At Home: A Short History of Private Life, Bryson explores the history of the world through the rooms of his home and the objects that fill them.

The book traces the history of hallways and attics and the origins of dining rooms and chimneys.

Bryson also finds historical surprises in everyday objects of domesticity -- from the four-tined fork in the drawer to the mousetrap in the study.

And why, asks Bryson, have salt and pepper become the West's seasonings of choice, when cardamom and cinnamon dominate in kitchens elsewhere?

Bryson joins NPR's Jennifer Ludden, to share everything you wanted to know about your house, but probably never thought to ask. 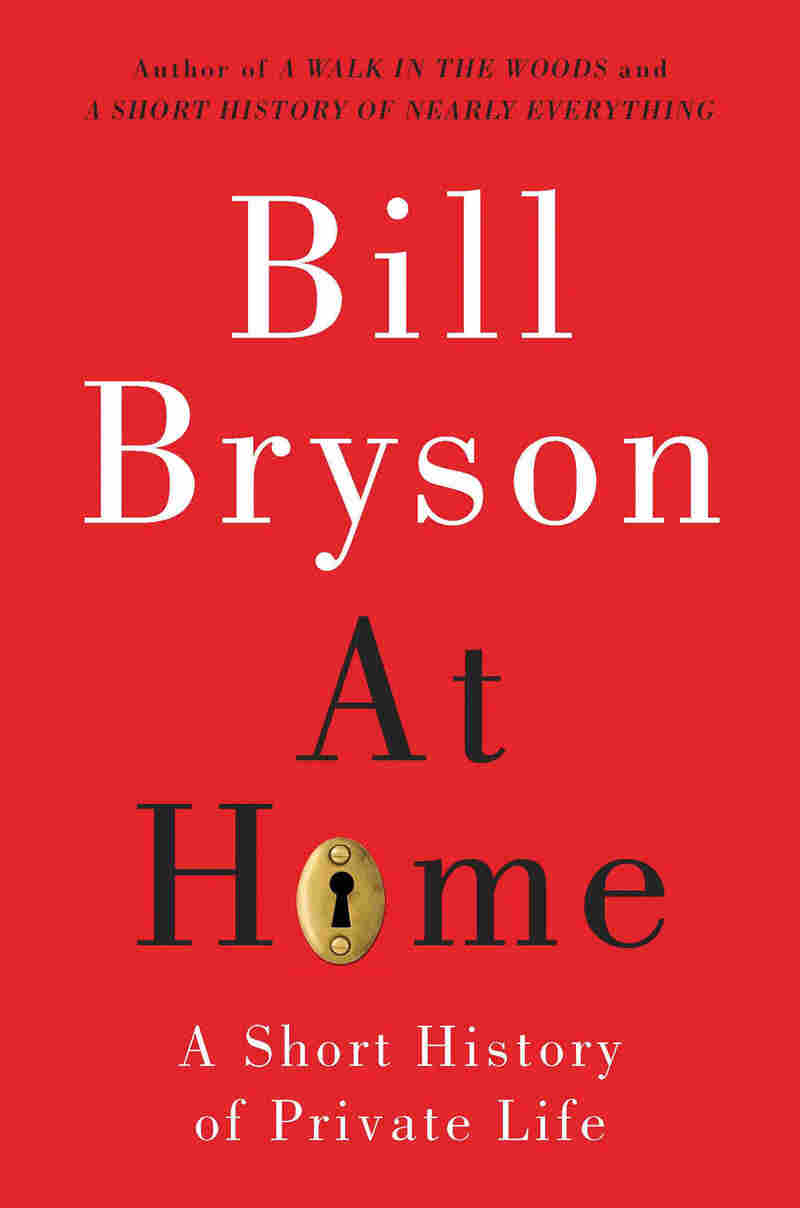 The risks were considerable and keenly felt, yet after only a few days of fretful hesitation the commissioners approved Paxton's plan. Nothing -- really, absolutely nothing -- says more about Victorian Britain and its capacity for brilliance than that the century's most daring and iconic building was entrusted to a gardener. Paxton's Crystal Palace required no bricks at all-indeed, no mortar, no cement, no foundations. It was just bolted together and sat on the ground like a tent. This was not merely an ingenious solution to a monumental challenge but also a radical departure from anything that had ever been tried before.

The central virtue of Paxton's airy palace was that it could be prefabricated from standard parts. At its heart was a single component -- a cast-iron truss three feet wide and twenty-three feet, three inches long -- which could be fitted together with matching trusses to make a frame on which to hang the building's glass-nearly a million square feet of it, or a third of all the glass normally produced in Britain in a year. A special mobile platform was designed that moved along the roof supports, enabling workmen to install eighteen thousand panes of glass a week -- a rate of productivity that was, and is, a wonder of efficiency. To deal with the enormous amount of guttering required -- some twenty miles in all -- Paxton designed a machine, manned by a small team, that could attach two thousand feet of guttering a day-a quantity that would previously have represented a day's work for three hundred men. In every sense the project was a marvel.

Paxton was very lucky in his timing, for just at the moment of the Great Exhibition glass suddenly became available in a way it never had before. Glass had always been a tricky material. It was not particularly easy to make, and really hard to make well, which is why for so much of its history it was a luxury item. Happily, two recent technological breakthroughs had changed that. First, the French invented plate glass -- so called because the molten glass was spread across tables known as plates. This allowed for the first time the creation of really large panes of glass, which made shop windows possible. Plate glass, however, had to be cooled for ten days after being rolled out, which meant that each table was unproductively occupied most of the time, and then each sheet required a lot of grinding and polishing. This naturally made it expensive. In 1838, a cheaper refinement was developed-sheet glass. This had most of the virtues of plate glass, but it cooled faster and needed less polishing, and so could be made much more cheaply. Suddenly glass of a good size could be produced economically in limitless volumes.

Allied with this was the timely abolition of two long-standing taxes: the window tax and glass tax (which, strictly speaking, was an excise duty). The window tax dated from 1696 and was sufficiently punishing that people really did avoid putting windows in buildings where they could. The bricked-up window openings that are such a feature of many period buildings in Britain today were once usually painted to look like windows. (It is sometimes rather a shame that they aren't still.) The tax, sorely resented as "a tax on air and light," meant that many servants and others of constrained means were condemned to live in airless rooms.

The second duty, introduced in 1746, was based not on the number of windows but on the weight of the glass within them, so glass was made thin and weak throughout the Georgian period, and window frames had to be compensatingly sturdy. The well-known bull's-eye panes also became a feature at this time. They are a consequence of the type of glassmaking that produced what was known as crown glass (so called because it is slightly convex, or crown-shaped). The bull's-eye marked the place on a sheet of glass where the blower's pontil -- the blowing tool -- had been attached. Because that part of the glass was flawed, it escaped the tax and so developed a certain appeal among the frugal. Bull's-eye panes became popular in cheap inns and businesses, and at the backs of private homes where quality was not an issue. The glass levy was abolished in 1845, just shy of its hundredth anniversary, and the abolition of the window tax followed, conveniently and fortuitously, in 1851. Just at the moment when Paxton wanted more glass than anyone ever had before, the price was reduced by more than half. This, along with the technological changes that independently boosted production, made the Crystal Palace possible.

The finished building was precisely 1,851 feet long (in celebration of the year), 408 feet across, and almost 110 feet high along its central spine-spacious enough to enclose a much admired avenue of elms that would otherwise have had to be felled. Because of its size, the structure required a lot of inputs-293,655 panes of glass, 33,000 iron trusses, and tens of thousands of feet of wooden flooring-yet thanks to Paxton's methods, the final cost came in at an exceedingly agreeable £80,000. From start to finish, the work took just under thirty-five weeks. St. Paul's Cathedral had taken thirty-five years.

Two miles away the new Houses of Parliament had been under construction for a decade and still weren't anywhere near complete. A writer for Punch suggested, only half in jest, that the government should commission Paxton to design a Crystal Parliament. A catchphrase arose for any problem that proved intractable: "Ask Paxton."

The Crystal Palace was at once the world's largest building and its lightest, most ethereal one. Today we are used to encountering glass in volume, but to someone living in 1851 the idea of strolling through cubic acres of airy light inside a building was dazzling-indeed, giddying. The arriving visitor's first sight of the Exhibition Hall from afar, glinting and transparent, is really beyond our imagining. It would have seemed as delicate and evanescent, as miraculously improbable, as a soap bubble. To anyone arriving at Hyde Park, the first sight of the Crystal Palace, floating above the trees, sparkling in sunshine, would have been a moment of knee-weakening splendor.

Excerpted from At Home: A Short History Of Private Life by Bill Bryson Copyright 2010 by Bill Bryson. Excerpted by permission of Doubleday, a division of Random House Inc. 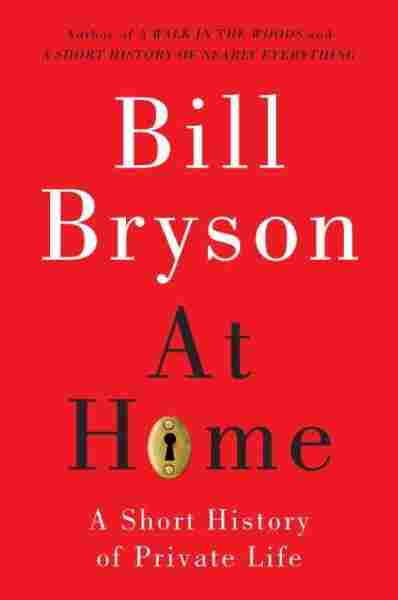 A Short History of Private Life