Accessibility links
East Jerusalem Community Lives Divided Life Israel's security barrier in and around the West Bank is about 60 percent complete. Designed to thwart suicide bombers, Palestinians say it's a land grab. One east Jerusalem community has been essentially cut off from the rest of the city by a new barrier erected two weeks ago. 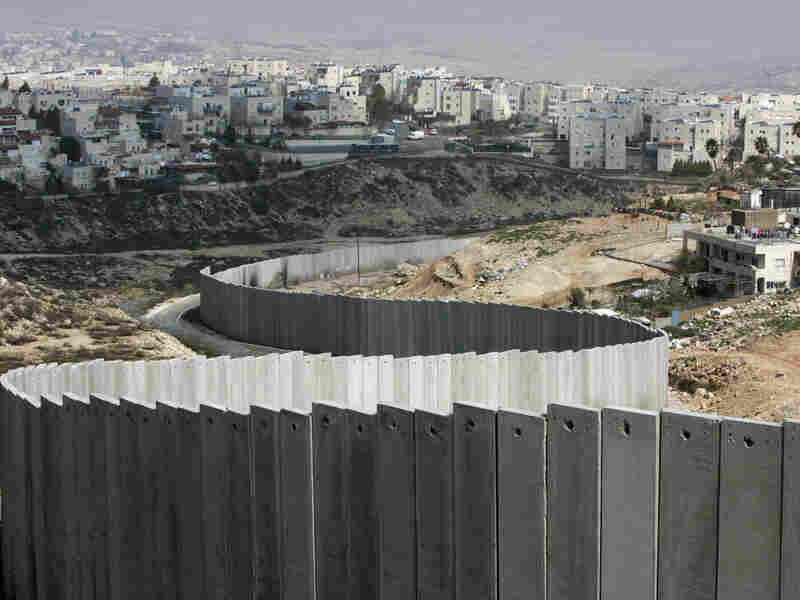 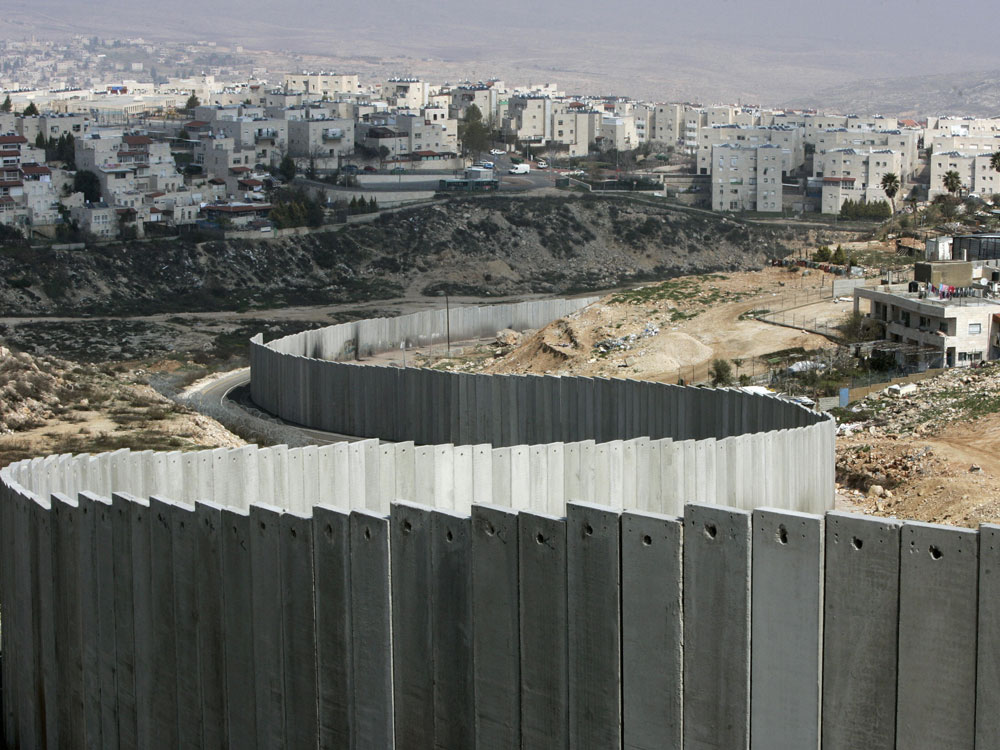 Israel's separation barrier is seen along the east Jerusalem neighborhood of Ras Khamis on March 4, 2009. Residents say the final portions were completed two weeks ago.

Israel's security barrier in and around the West Bank is about 60 percent complete. Israel says it was designed as a barrier against suicide bombers, but Palestinians say it's a land grab.

One east Jerusalem community has been essentially cut off from the rest of the city by a new barrier erected two weeks ago.

It's afternoon in Ras Khamis in east Jerusalem and Palestinian schoolchildren carefully walk through two sets of rotating metal doors between an Israeli checkpoint and watchtower.

Once through, they race -- with exuberant shouts and hair flying -- toward a bus that will take them to their homes.

Though the community is within the Jerusalem municipal boundaries and the residents pay property tax to the local Israeli authorities, their movements are restricted.

Yehia Tamimi is the bus driver.

Walk further inside Ras Khamis and you'll see a ramshackle neighborhood of crowded streets, homes that have been built on top of one another, hemmed in by the barrier.

Israel began constructing the barrier that snakes in and around the West Bank in 2002 during the second Palestinian uprising.

Only about 5 percent of it -- much of that in the area around Jerusalem -- is an actual concrete wall. In rural areas, it's a fence bolstered by security cameras, watchtowers and patrols by the Israeli army.

Only about 60 percent of it has been completed, and experts say the rest probably won't be finished due to political and budgetary considerations.

But that is scant consolation for the residents of Ras Khamis.

Abu Issa sits in his shop, smoking a water pipe. He heads the local council.

"The last portion of the wall was built two weeks ago. We woke up in the morning and found this checkpoint, with all its structures, surrounding us. We protested, but they did nothing. They are suffocating us completely," Issa says.

Abu Issa points out there haven't been any suicide bombings in Israel in over two years.

He says the barrier is being built here now because Israel wants to wall off the Arab population in Jerusalem to strengthen Jewish claims to the city.

He says Palestinian families evicted from other east Jerusalem neighborhoods are being relocated to Ras Khamis, where they are corralled

About 40,000 people now live in this community -- which has no hospitals, clinics or schools, Issa says.

Just across a small gulch, the reality couldn't be more different in the Jewish settlement of Pisgat Zeev -- where there are 17 kindergartens, 10 elementary schools and 5 high schools for 45,000 residents, according to Yeheal Levy, executive director of the Pisgat Zeev community center.

He says Jewish communities like theirs have flourished since security has improved. And he says most people see the barrier as necessary.

The mall in Pisgat Zeev is buzzing.

Limor Marko works there selling jewelry and lives in the community. She says the people there know the barrier causes hardship for Palestinians.

"You want to be a better person; you want them to feel it's their country as well. I want to be nice, but I want to feel safe, so not always it go together," Marko says.

So she says she supports the barrier that has risen in the nearby Arab community.

"We need them as much as they need us, you understand?" she says.

Marko says she does believe that Palestinians and Jews can live together -- just not right now.