Accessibility links
One Man's Fight For A Same-Sex Marriage Law Being barred from receiving medical information about his life partner, who died of a heart attack in 1994, led David Wilson to become a plaintiff in the lawsuit that made gay marriage legal in Massachusetts. 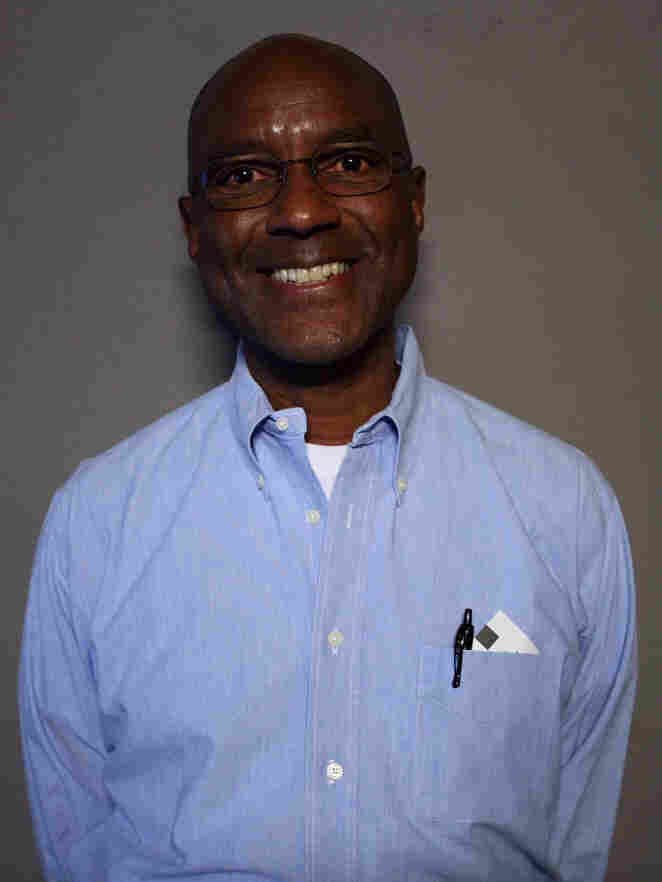 David Wilson was one of the first to tie the knot in Massachusetts in 2004 after same-sex marriage became legal in the state. StoryCorps hide caption

When David Wilson lost his partner, Ron Loso, to heart attack in 1994, he says his world fell apart.

"EMTs arrived within minutes and they called the police, because they saw me standing in the driveway. You know, an African-American man in a white neighborhood," Wilson says during a visit to StoryCorps in New York City. "When the police arrived they wanted to arrest me for assault and battery, and breaking and entering."

When Wilson got to the hospital, officials there would not release information to him about Loso.

"As far as they were concerned, I was a stranger," the 66-year-old says. "They called Ron's family in Vermont and said, 'Can you give permission for us to talk to David?' And his 75-year old mom said, 'Of course, they're partners.' So, they came out and they said that he was dead on arrival."

Losing his life partner broke Wilson, so he joined a support group. That's where he met Rob Compton, and three years after meeting the two men had a commitment ceremony.

"Lots of people came and thought it was our wedding," he explains. "We said, 'No, this isn't a wedding, because we don't have the right to get married.' "

That injustice led to Wilson's becoming a plaintiff in the 2004 court decision that legalized same-sex marriage in Massachusetts.

"It was amazing to become a plaintiff in a major lawsuit against the state of Massachusetts," he says. "Part of the decision to be part of the case was to talk with my family. My dad wasn't sure. All of a sudden his only son is going to become this prominent, out, gay black man. So, I talked with Dad about some of the issues. A couple of hours later Dad said, 'You're doing the right thing.' "

The first weddings began taking place on May 17, 2004, after same-sex marriage became legal in Massachusetts.

"Dad said, 'You're going to City Hall and going to be part of all this excitement, what about me?' I said, 'Dad I'm sending a limo to pick you up,' " Wilson says.

"My dad had never been in a limo. He got a new suit, came down, and the limo took him down and he was in the front row when we walked down the aisle. Both his arms were in the air. He was 89 at that point. And he didn't see it just for gay people, he saw it for, you know, all people that had been discriminated against. And, his whole life he had been discriminated against. So, I think, for Dad, it was just a victory that he could be a part of. He could not have been more proud. It was a great day."

Audio produced for Morning Edition by Katie Simon and Nadia Reiman. The senior producer for StoryCorps is Michael Garofalo.