Accessibility links
Mediation Effort Aims To Untangle Foreclosure Mess Some of the largest mortgage companies are being sued for allegedly filing fraudulent court documents when foreclosing on homeowners. As a result, banks are delaying thousands of foreclosures. The state of Maine is trying to use an in-person mediation program to resolve the crisis. 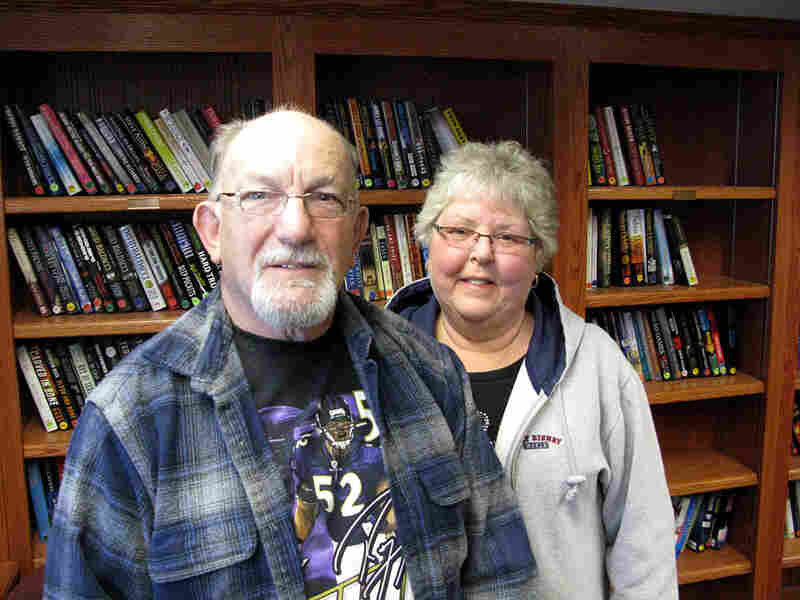 John and Nancy Longval are on the verge of getting a loan modification after petitioning their lender, CitiMortgage, for two years. Chris Arnold/NPR hide caption 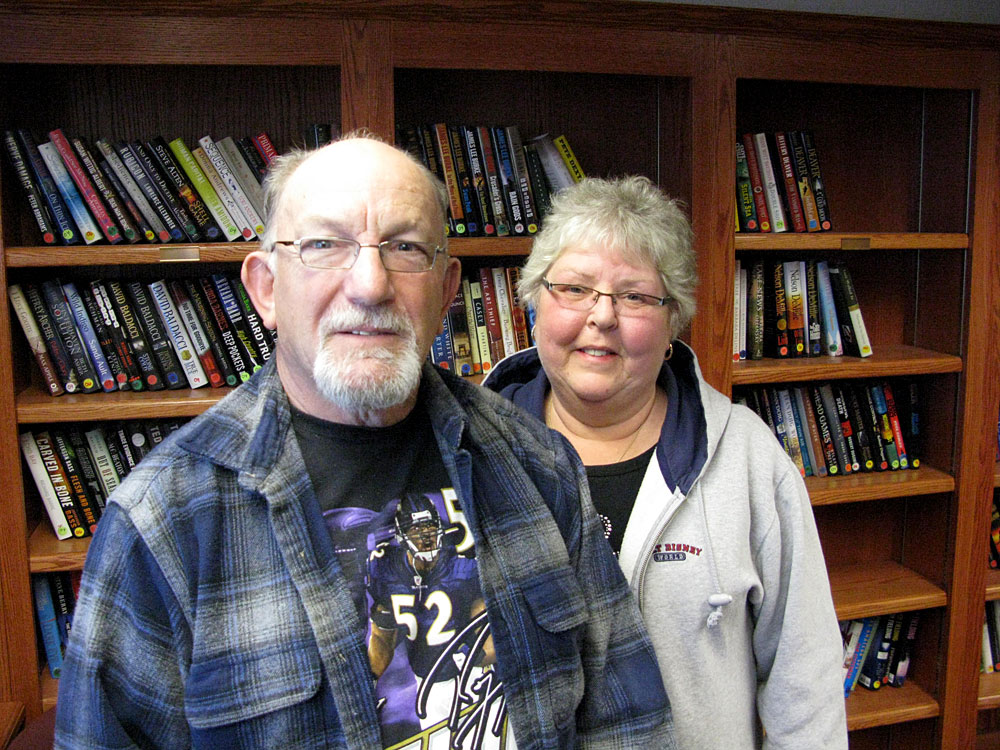 John and Nancy Longval are on the verge of getting a loan modification after petitioning their lender, CitiMortgage, for two years.

Some of the nation's largest mortgage companies are being sued for allegedly filing fraudulent court documents when foreclosing on homeowners. As a result, banks are delaying thousands of foreclosures.

Some lawmakers are calling for a sweeping moratorium to stop all foreclosures while the issue is resolved. But some economists worry that would hobble the housing recovery and hurt the overall economy.

Around the country, homeowners on the verge of foreclosure are trying to figure out whether this latest blowup is going to give them more time. Some are still fighting to hang onto their houses. But others have given up and are basically just living in their houses for free.

Shirley Sargent is sitting in the living room of her spacious two-story house in southern Maine. She got her original loan from Countrywide and owes close to $300,000 on it.

"I thought it would be a good investment," she says, noting how she liked the neighborhood and the proximity to the turnpike.

A Third Of The Homes Sold Last Month Were In Foreclosure Oct. 14, 2010

Then Sargent lost her job -- in the mortgage industry. She's now 64 years old and works two retail jobs, but earns less money. Now she can't afford to live in her house.

Sargent paid her mortgage while struggling to pay for her own health insurance, but soon she'd wiped out her savings. So, in 2008, Sargent gave up paying her mortgage. She called the mortgage company to say that she'd be happy to hand over the keys.

But the bank never took her up on that offer. At one point, Countrywide sent her a letter about having lost some of her documents. Even after Bank of America bought Countrywide, she didn't hear much.

"They kind of forgot about me for a while, which was kind of nice because I got to live here for a couple of years," Sargent says, without paying her mortgage. 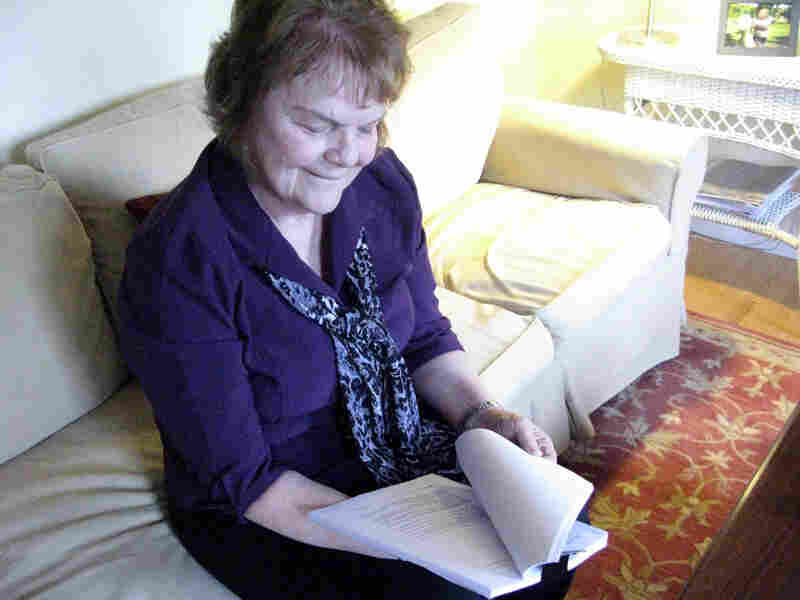 Shirley Sargent reads through foreclosure documents sent to her by her lender, Bank of America. She hasn't made a mortgage payment in more than two years. Chris Arnold/NPR hide caption 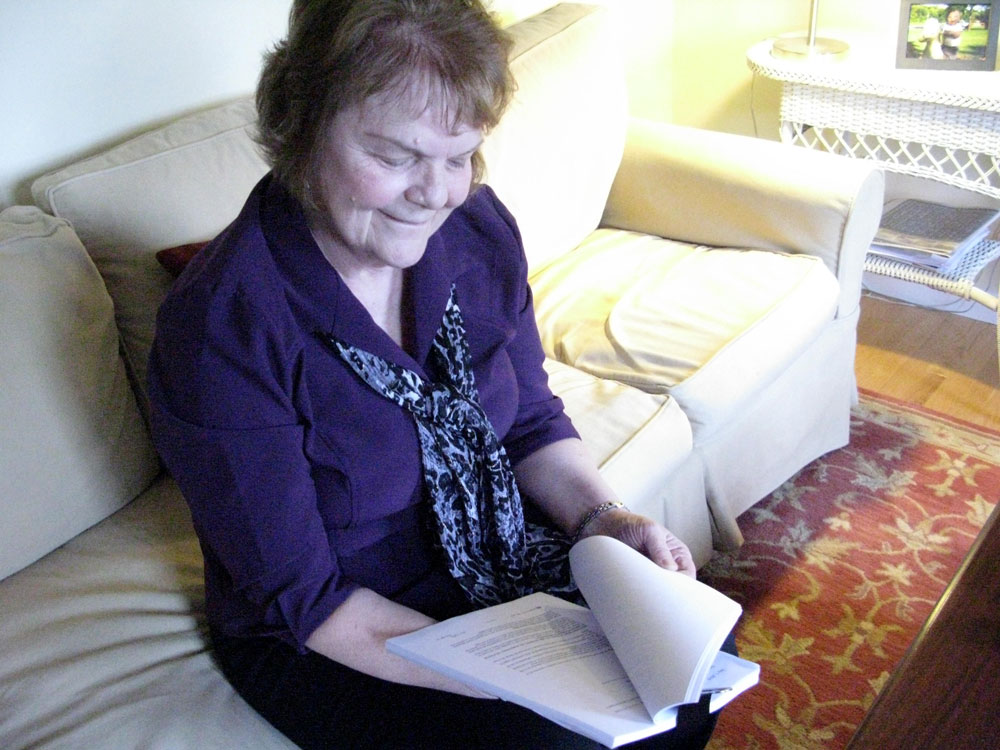 Shirley Sargent reads through foreclosure documents sent to her by her lender, Bank of America. She hasn't made a mortgage payment in more than two years.

Sargent says she did anything the lender asked her to do. She maintained the property. She tried to find a buyer for a short sale.

"I did whatever they wanted me to do to make them happy -- except pay the bill," she says. "That really makes them happy."

Bank of America is halting many foreclosures around the country. That could mean Sargent and homeowners like her get even more time to live in these homes for free. Sargent has a court hearing in a week.

Opposition To Stopping All Foreclosures

Anthony Sanders, a finance professor at George Mason University, says that when people live in their homes without paying the mortgage, it's not a "free" transaction. Somebody has to pay.

Sanders says foreclosures dragging on for too long already have cost the overall financial system billions of dollars. He opposes calls for a nationwide moratorium on foreclosures while the latest legal challenges get sorted out.

Stopping all foreclosures, he says, would be an "economy killer" and would be bad for the housing market. Beyond the additional losses for banks, investors, Fannie Mae and Freddie Mac, a moratorium would add too much uncertainty into the market. That would hurt home sales and home prices.

Sanders says people already get enough time to try to work things out with their lenders: "The average time to foreclosure or liquidation of these assets is 17 months."

John and Nancy Longval have had their income cut back in the recession. They still make enough money to pay the mortgage on their Maine home at a reduced interest rate, so they've been trying for two years to get a loan modification from CitiMortgage.

"We'd send in the paperwork -- I faxed everything they asked for -- and the next day someone else would call and say, 'We need more paperwork,' " Nancy Longval says.

John Longval adds that after they submitted the paperwork, the lender would say it was lost. The couple says they could never talk to the same person. Nobody knew what they had discussed in their last conversation. The process dragged on with daily debt collection calls from the bank that went nowhere.

CitiMortgage says that for years it has been working with thousands of homeowners to keep them in their homes. All the major banks say they've been doing all they can by hiring more people to deal with the current tsunami of foreclosures.

But the Longvals say things didn't work well at all. They wanted to keep their house. They had saved up for the house and put 20 percent down when they bought it.

"It's a dream home to us," John Longval says.

The Longvals say they were repeatedly told by their lender and a housing counselor that they made enough money to qualify for a loan modification. But something always seemed to derail it.

So the Longvals signed up for a new mandatory mediation program that the state of Maine started in 2010. The program requires lenders to send a representative with some authority to meet with homeowners and their lawyer or counselor, and try to work out a plan in person with a mediator.

Chris LaRoche, the Longvals' housing counselor, says that after the Longvals requested mediation, "CitiMortgage responded within a couple of weeks with a permanent modification."

He says that when any major lender is contacted by a homeowner who is entering the mediation process, "the bank now sits up and takes notice." LaRoche says it looks like Maine's new mediation program is actually making a difference. He's hopeful that all the attention on foreclosures right now will create some momentum to get promising new efforts like this up and running in other states.