Accessibility links
RV Sales: An Indicator That's No Longer Lagging The RV industry has had a bumpy road lately, but may now be turning the corner. One dealer in Indiana says consumers are getting more optimistic about the economy. He's also seeing younger customers, who are drawn to high-end and high-tech features. 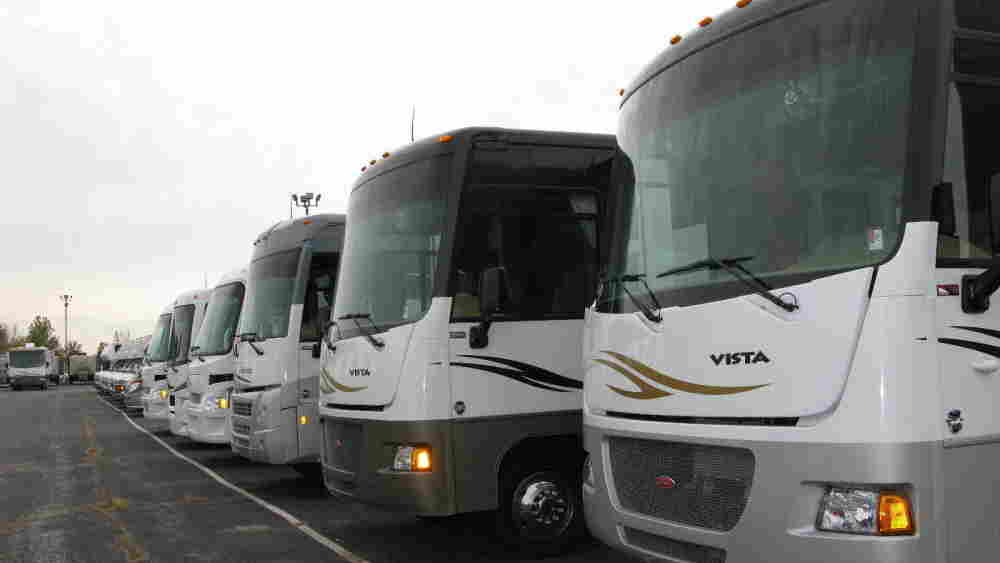 The RV industry, which celebrates its 100th anniversary this year, has had a bumpy road lately, but now it may be turning the corner.

Winnebago, one of the top manufacturers of recreational vehicles, posted stronger than expected quarterly profits Thursday. The company said its results were lifted by increased motor home deliveries, "particularly in the Class A category," which can sell for as much as $300,000 each.

The last few years have been among the most difficult ever for the RV industry because of high gas prices and the recession: Manufacturers closed plants and laid off thousands of workers. But at Camp-Land RV in Burns Harbor, Ind., about 40 miles southeast of downtown Chicago, owner Al Paschen says business is picking up.

"We never had a losing year through all of this," he says, "and this year is turning out to be one of the better years we've ever had."

Paschen says sales are up 20 percent. That's partly due to the fact that several nearby competitors have gone out of business, leaving Paschen's Camp-Land as one of the few RV dealerships left in northwest Indiana.

But Paschen also says he thinks consumers are finally starting to feel more optimistic about the economy. And, he says, buyers are getting younger.

"During the summer, we always see a lot of families, but we're seeing younger couples, too, people in their 30s, 40s," he says. "The retirees have sort of been absent here for a few years." 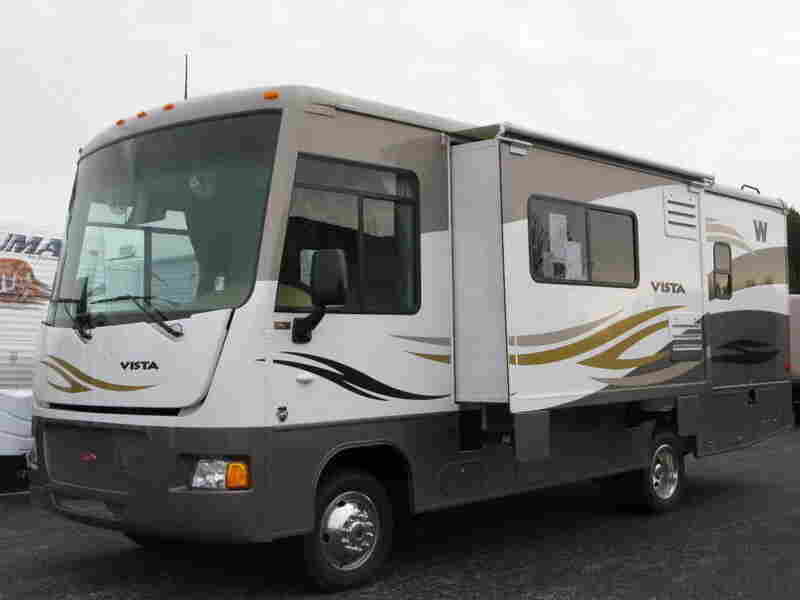 Paschen says the hit many retirees took to their savings is keeping some of them out of new RVs. Among those who are buying, trading and and trading up, he says, tastes are changing.

"Now we see them upgrading but not getting bigger," he says. "In fact, we see some are getting smaller."

He points to the Earthbound model, a small, but expensive travel trailer. "This one is, some people would say radical," he says. "It's modernistic."

The travel trailer is made of lightweight aluminum and composite materials.

"Even the doors on the cabinets ... are made of composites instead of wood," he says. "This whole thing is very light."

Outside the showroom, on his 6-acre lot of more than 200 RVs, Paschen says even motor homes are shrinking.

"This is a really small Winnebago as Winnebagos go," he says, pointing at the 26-foot Vista model. "It's the best-selling Winnebago on our lot right now."

But as RVs get smaller, they are getting a lot nicer, too. 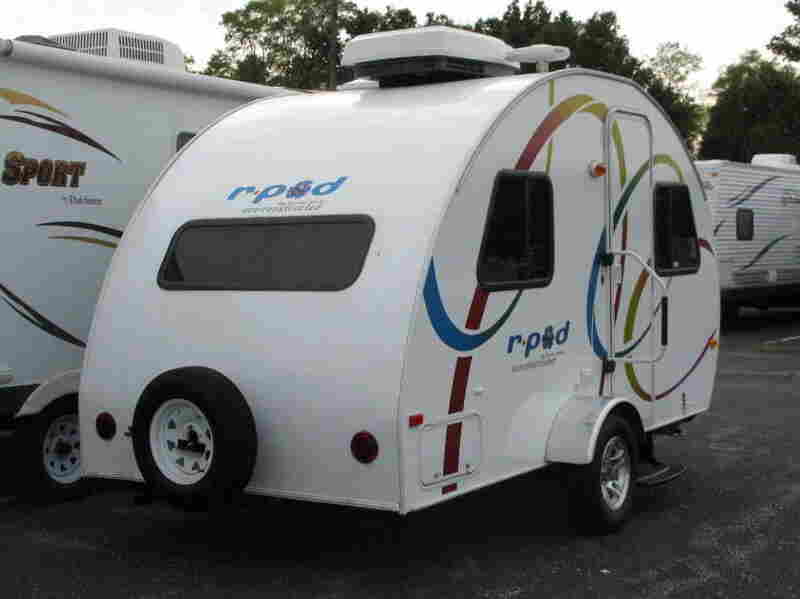 The R-Pod, one of the smallest of the new, lightweight campers and travel travelers that are helping revive the slumping RV market.  David Schaper/NPR hide caption

Glossy finishes on the cabinets and other high-end and high-tech features such as flat-screen TVs show that many consumers are demanding more luxurious road trips and camping trips.

Compartments that slide out on both motor homes and travel trailers create more living space inside. That's exactly what Harold and Georgia Phillips of Valparaiso, Ind., are looking for.

"We're spending a lot more time in it now that he's retired; we went to Alaska last year," Georgia Phillips says. "And, it's a matter of tripping over each other and we just thought this one would be more comfortable for us."

The Phillips are a little disappointed they won't be able to hit the open road in their new RV for another month or so: The model they want is on back order, a sign RVs are selling better than they have in years.