Accessibility links
Andrew Sullivan: Dishing It Out Daily For A Decade In the 10 years since he wrote his first post, blogger Andrew Sullivan has learned to admit when he's wrong. It's a lesson that came with a political transformation. 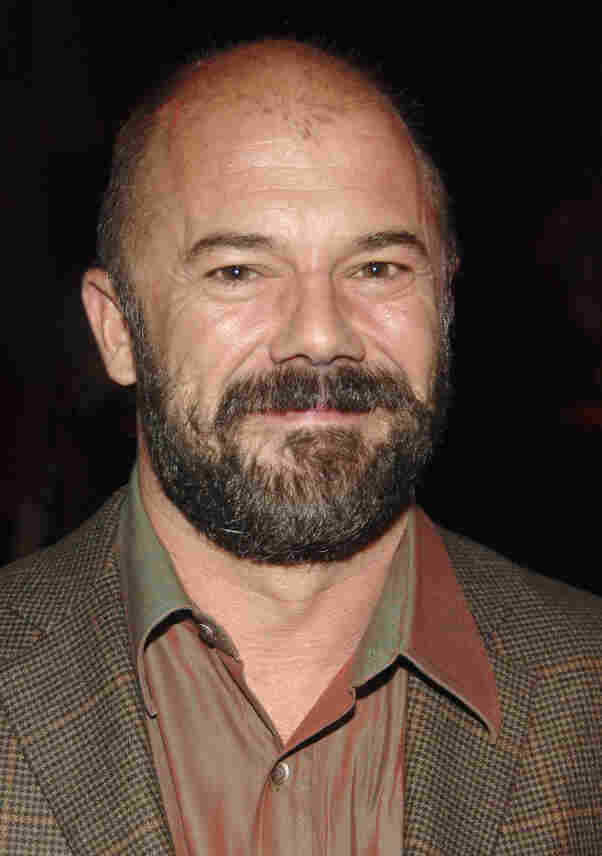 Andrew Sullivan says writing a blog is "pure journalism": "This is not just writing. It's taking writing right up to the edge of speaking, really." Andrew H. Walker/Getty Images hide caption

Ten years ago, Andrew Sullivan -- one of the most widely read, influential and prolific political voices online -- wrote his first blog post.

He has no idea what it was.

"Right now I'm writing about 250 to 300 posts a week," Sullivan tells NPR's Guy Raz. "I can barely remember what I wrote yesterday, let alone 10 years ago."

That's the pace necessary to keep up with the massive traffic, material and discussion Sullivan moves on his blog, The Daily Dish. The site is visited by a million people each month, and at some points -- in the case of his coverage of last summer's Iranian election -- more than a million people a day.

This past week marked 10 years since he launched the Dish. But for Sullivan -- a gay Catholic and former neoconservative who now calls himself "politically homeless" -- things didn't start out quite so huge.

That's the question Sullivan got from Eric Alterman, The Nation's media critic at the time.

"He mocked me," Sullivan says with a smile.

Sullivan had been a celebrated young editor at The New Republic -- he got the job at age 27. He wanted a way to share the material he was writing for many national newspapers and magazines.

So he enlisted a "techie" friend to periodically post his material online.

"After a while, he was like, 'I've got better things to do,' " Sullivan says.  "'There's this program called Blogger -- why don't you put them up yourself?'"

That's when Sullivan thought, "Not only can I post my pieces -- I can just write."

And he could do so without an editor, a publisher or the economics of working in print. "It was pure journalism," Sullivan says.

But as soon as he started writing, he realized there was yet another untapped benefit to blogging.

"These people came back at me, to talk to me," he says. "I suddenly had this experience as a writer of having instant communication with the readers and feedback."

Those readers also sent in material, ideas and articles that he wouldn't have seen otherwise. The result was an "instant community."

"That sort of flicked a light bulb off in my head," he says.  "I was like, 'This is not just writing. It's taking writing right up to the edge of speaking, really.' "

The Iraq War: 'I Was Wrong'

There have been times Sullivan has written things he wishes he could take back -- most notably his ardent support for the Iraq war.

I think if someone is writing continuously for 10 years and has not changed their mind about something — there's something wrong with them. They're not really thinking.

"I think if someone is writing continuously for 10 years and has not changed their mind about something -- there's something wrong with them," he says. "They're not really thinking."

After the attacks of Sept. 11, Sullivan thought George W. Bush was right.

"I believed there were weapons of mass destruction," he says. "I actually bought the argument that if we democratized Iraq, we could create a space for venting some of the stuff that's going on in the Middle East in these autocratic regimes that is expressing itself through jihadism, because it has nowhere else to express itself."

Sullivan was, he puts it, "marinated in neoconservatism."

He was widely read in the Bush White House. His blog was a hub of neoconservative readers and writers online.

"But when I began to see that this war was actually terribly misconceived -- that the weapons of mass destruction weren't there," he says, "I remember writing a post, the title of which was, 'So Where Are They?' "

That, coupled with the torture of prisoners held at Abu Ghraib, led Sullivan to abandon all support for the Iraq war.

"I was wrong," he says. "And as a writer in a blog online, you have nowhere to hide."

His choice, he says, was to either acknowledge he'd been misguided or to construct an ideology that would allow him to carry on pretending to be right.

"I couldn't live with myself," he says, "if I didn't acknowledge I'd been wrong."

Sullivan shifted away from the modern conservative movement in America -- which he calls ''theocratic, controlling, literalist  fundamentalism" -- and he took notice of a little-known state senator from Illinois.

"Two years before he got the nomination, I said, 'I see no reason why this man will not be the next president,' " Sullivan says.

He called Barack Obama a "transformational figure." And he stands by that.

"When I said 'transformational,' I meant he simply would take us past a certain generational battle," Sullivan says. "And I think for a lot of us, he already has."

Now, these days, Sullivan admits there's not much left about him that's conservative. "Except I really hate change," he says.

"I still live in the same apartment I've lived in for 20 years."  Readers of his blog are familiar with Sullivan's husband and beloved beagles at home.

But where is his political home in America?

And that's not necessarily a bad thing. On his blog's masthead, there's a quote from the founders of the Atlantic: Ralph Waldo Emerson, Henry Wadsworth Longfellow, Oliver Wendell Holmes Sr. and James Russell Lowell.

"Of no party or clique," it reads.

"I don't think you have to be of a party," he says. "Especially as a political writer. Without denying the fact that there's partisan loyalties, I think you should stick to certain principles and ideas, and assess people in the political sphere by their character."

The massive traffic and information Sullivan faces every day takes a toll.  "It is physically and psychically so exhausting," he says.

He blogs all weekend, all day, every 20 minutes.

"Not only that, I feel a duty to actually try and get things right," Sullivan says.

He now has a small staff of four people to help him handle the blog.  But in the end, he says, "This is an institution that is just me."

As a reader wrote on the blog last week, "If Andrew dies, it dies."

He takes one two-week vacation every year, to Cape Cod, to get off the grid. "Sometimes I just think -- if only I could take a year to just read or be quiet," he says.

But friends and family offer respite. "The good news about me is that my friends and social network is entirely independent of politics," he says.  "My best friend is a jazz musician. My husband's an actor. I have lots of friends that have nothing to do with this."