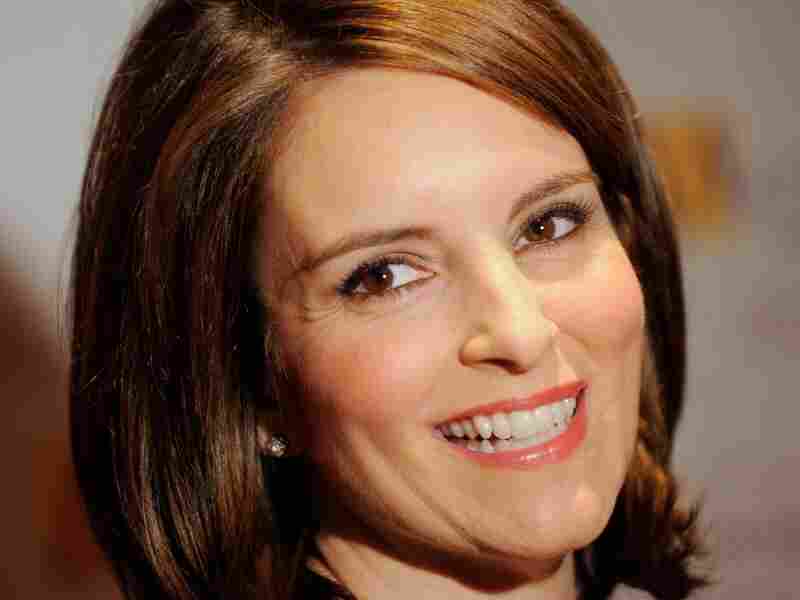 Comedian Tina Fey's sitcom, 30 Rock, taped a live show this week, prompting co-star Alec Baldwin to note that using video he could see all of her flaws. Some argue that Washington's flaws are on display in a similar manner this election season. Jemal Countess/Getty Images hide caption

David Rothkopf is a visiting scholar at the Carnegie Endowment for International Peace and President and CEO of Garten Rothkopf. He is the author of Superclass: The Global Power Elite and the World They are Making.

During Thursday night's episode of 30 Rock, the first clear sign that the show was being performed live and not on tape was the telltale stark, cool video feel of the images. Alec Baldwin's Jack Donaghy commented on it saying, "Does it seem weird in here to you? Everything looks like a Mexican soap opera."

Then he added, to Tina Fey's Liz Lemon, "My God I can see every line and pore in your face. It's like a YMCA climbing wall."

I kind of feel the same way about Washington at the moment. It's the election. It's the fact for a few weeks the focus of government shifts away from the monumental settings and practiced rituals that have all been carefully designed to show off politicians in the same way good lighting and a little Vaseline on the lens shows off aging actresses -- except in the case of D.C., the goal is to make those who serve look as though they are the ones with power, those who come and go at the whim of the people as though they were the constant, enduring elements of the U.S. power structure.

But then, during the home stretch of the election cycle when candidates are actually out campaigning, the settings and the lighting change. Everything seems less predictable. Gaffes and red-herrings drive the process. Stars stumble while unknowns are thrust center stage.

It's all quite invigorating and sometimes nearly as funny as an episode of 30 Rock. Christine O'Donnell skitters into the public eye like a kitten straying onto a superhighway. She says idiotic things and the left writes her off as a joke. Then she sits down with her opponent Chris Coons in a debate and while she stumbles on a question about the Supreme Court, she actually holds her own and Coons looks condescending and smarmy.

Sharon Angle, the crazy grandma of the West, debates the majority leader of the U.S. Senate, and despite the fact that she's clearly not someone you would trust to water your plants much less actually make the law, she KOs the old boxer before he can even get his guard up.

In California, Jerry Brown -- the geriatric wingnut being offered by the Dems as a kind of counter-point to Nevada's Angle -- at an Oct. 12 debate tries to shrug off the fact that one of his aides suggested his opponent be characterized as a "whore" on a taped telephone call and the crowd bristles at his cluelessness and insensitivity.

Democratic candidate for Senate Joe Manchin is about to lose in West Virginia -- but then it turns out his opponent's TV producer used a derogatory term about country folk in a casting notice for an ad and next thing you know, Manchin is in the driver's seat entering the final couple weeks of the campaign.

Perhaps the greatest howler of them all from my point of view comes in Peter Baker's excellent profile of Barack Obama in this Sunday's New York Times's Magazine. In this thoughtful, exceptionally well-written and reported piece, Baker portrays a reflective president contemplating his political fortunes on the eve of what could be a pretty rough midterm election. In one particularly pivotal paragraph, he writes:

Most of all, (Obama) has learned that, for all his anti-Washington rhetoric, he has to play by Washington rules if he wants to win in Washington. It is not enough to be supremely sure that he is right if no one else agrees with him. "Given how much stuff was coming at us," Obama told me, "we probably spent much more time trying to get the policy right than trying to get the politics right. There is probably a perverse pride in my administration -- and I take responsibility for this; this was blowing from the top -- that we were going to do the right thing, even if short-term it was unpopular. And I think anybody who's occupied this office has to remember that success is determined by an intersection in policy and politics and that you can't be neglecting of marketing and P.R. and public opinion."

When did Tina Fey have the time to write this while preparing for that live shoot of her show? What wry hilarity. They spent too much time trying to get the policy right rather than getting the politics right? Really? Sorry, I must have been watching another channel. It seems to me that every single move of this administration from the size and shape of the stimulus to the switch from Iraq to Afghanistan, from avoiding what really needed to be done on health care to avoiding doing anything meaningful on climate change, from taking the stands he did on financial reform and sidestepping the issues he wanted to avoid on the same, were all based on political factors. The president deserves considerable credit for all he has accomplished -- but let's please try for a trifle more honesty and self-awareness. Let's stop trying to sell what Bo left in the Rose Garden as a bowl of pudding, please.

In the same vein, it seems to me that the administration prided itself on its mastery of communications right up until the moment it was clear that it wasn't working. Particularly poignant is the "I take responsibility for this"… the classic move of seeming to courageously "man up" (in Sharon Angle's words) for something that he actually thinks is rather noble… but which is also a complete canard. Who are the president's closest advisors? His policy team or his political team? Does he think no one is paying attention? The reality is that he was playing by Washington rules from day one and that he is simply an earnest, intelligent, inexperienced but aggressively trying to learn, mainstream Dem doing things the old fashioned way, for better or for worse -- not a transformational figure, not the author of change you can believe in -- just a pol doing what pols do. Better than anything the opposition has ginned up yet by a long-shot but a far cry from what he said he was.

For all this -- and because of it -- the campaign landscape is a mess and on a daily basis it's an embarrassment. But you do have to say this for it -- it's alive. And for all the constant punditry and coverage and drama and the millions spent by interest groups, despite the disheartening shallowness and the appalling corruption, it's not owned by anyone but the voters. While the conventional wisdom is that, as is historically typical, the president's party will get drubbed, there is plenty of question about the final outcome.

At the conclusion of 30 Rock, Baldwin as Donaghy, who has been attempting to live without alcohol throughout the episode, finally takes a drink and the look of the show switches over to the familiar, warmer hues of its usual single-camera, film approach. "That's more like it," says Jack.

Soon … too soon in my opinion … Washington will switch back to its usual look too. The vibrancy of the campaign will be replaced by the name-calling, obstructionism, self-congratulation and incrementalism of daily life in the nation's capital. Players will go back to their familiar parts, hitting their familiar marks, reading their familiar lines off the teleprompters and offering as much in the way of surprise and enlightenment as do most sitcoms.

We're the ones who will need a drink at that point. But at least we can take comfort from the fact that every so often, the rules say that government will again have to be performed in front of a live studio audience.

Christine O'Donnell Survives Debate With Frontrunner Chris Coons Oct. 13, 2010
'Whore' And 'Hicky': How Words Can Unravel A Campaign Before The Election Oct. 8, 2010
'30 Rock' Announces A Live Episode, And Other NBC Executive Tidbits July 30, 2010