Accessibility links
Movie Review - 'Inhale' - Waiting To 'Inhale,' In A Polluted Atmosphere With his daughter in dire need of a lung transplant, an American heads to Mexico, getting embroiled in the dangerous, morally dubious world of "organ tourism." Soon, he faces hard choices, and has to ask himself what his daughter's life is worth. (Recommended)

Waiting To 'Inhale,' In A Polluted Atmosphere

Waiting To 'Inhale,' In A Polluted Atmosphere 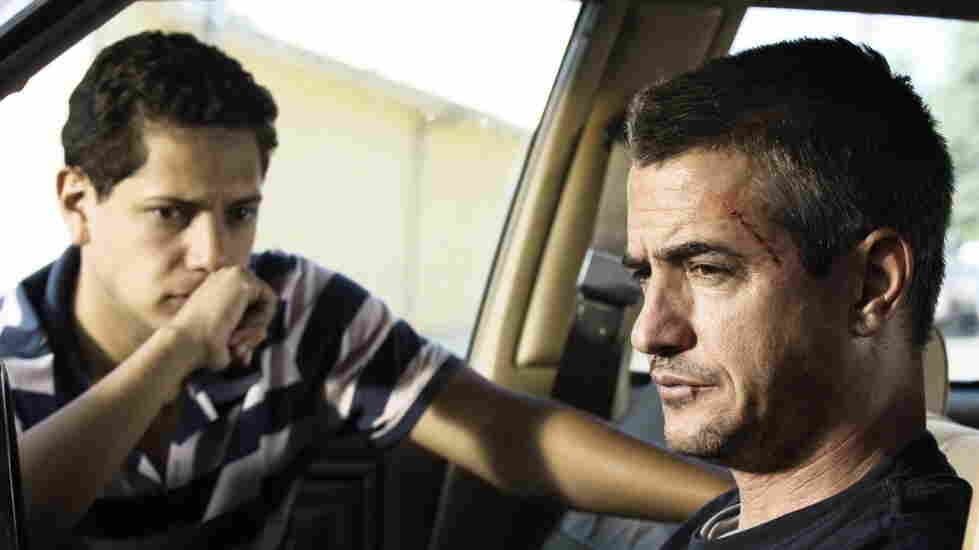 'We Call It Organ Tourism'

'You Want To See Desperation?'

A new thriller set in the international organ trafficking underworld puts a hair-raising topical spin on a hoary old Hollywood question: How far would you go to save the life of your child? The answer comes with more soulful ambiguity than you'd expect from a viscerally brutal actioner like Inhale.

The child in question (Mia Stallard) needs a double lung replacement, pronto, and her father, Paul -- a rising Santa Fe district attorney played by the excellent Dermot Mulroney (he of the dim bulb and monster mullet in My Best Friend's Wedding) -- ventures out of several comfort zones to get it. In Hollywood parlance, that means he goes to Mexico to procure an illegal organ transplant.

In seamy Juarez, Paul, who has astonishingly deep pockets for a government employee, gets threatened, shot at and brutally roughed up by men in black at regular intervals in the usual grainy dives. Back home, his wife, Diane (Inglourious Basterds' Diane Kruger), wrings her hands and oozes a top-model glamour that sells this talented actress way too short. Rosanna Arquette, meanwhile, is improbable but sweet as the family's physician, dispensing concern and free drug samples with equal largesse.

Serviceably scripted by Walter Doty and John Claflin from a story by Christian Escario, this nested-doll thriller is efficiently directed by Icelandic actor-filmmaker Baltazar Kormakur (Reykjavik 101 and The Sea), who keeps us unsettled by adding freshly ambiguous new motivations for players whose characters we thought we'd nailed.

There's nothing new in that, but what is singular about Inhale is the intelligent way in which plot and character keep opening up the moral landscape so as to complicate our responses to Paul's multiplying dilemmas — and by extension, to offer a less canned portrayal of Mexico than usually rolls off the North American movie assembly lines. 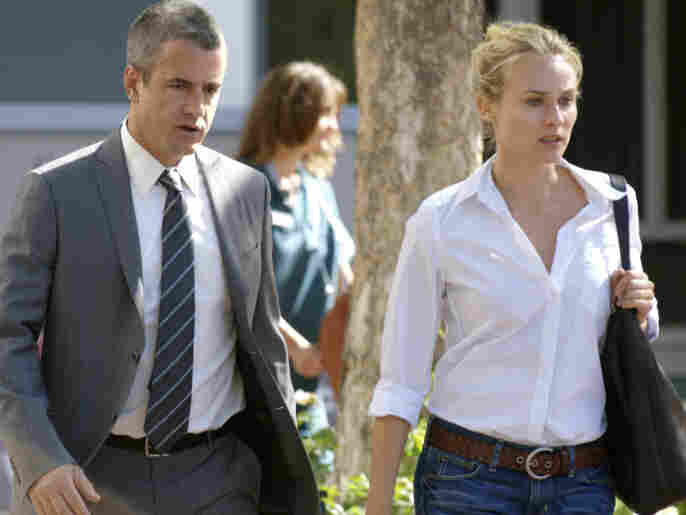 It's true that Inhale unfolds mostly in the dingy bars and barrios that have become movie shorthand for "south of the border."  Searching for the doctor he hopes will engineer that illegal transplant, Paul encounters an administrator who refuses to take his bribe, an idealistic young local doctor who runs a free clinic for the poor, a gun-toting little boy and an impoverished transvestite -- none of them quite what they seem to be, and all of them calculated to confound a clear distinction between good and evil.

Horrors stack up, but lest we congratulate ourselves that such cruelties go on only in lawless Mexico, the movie firmly underlines the fact that Paul's entry ticket to organ trafficking is provided north of the border by a slippery politician (Sam Shepard), who, along with a network of other Americans, has a personal stake in the organ-harvesting business.

As Paul and Diane become more embroiled in this morass, whether or not to break the laws of two countries turns out to be the least of this desperate couple's ethical quandaries. Pushed to the brink, Diane thinks nothing of stealing anti-rejection meds from another transplant patient. But in the end the buck stops squarely with Paul himself, who must decide whether his daughter's recovery is worth the price paid by a whole generation of powerless children. In such a tarnished universe, it's all but impossible to imagine what a happy ending might look like.