Accessibility links
Facebook Flap Highlights Growing Privacy Concerns A Wall Street Journal article revealed that applications on the site were sharing personal information with outside companies. But the model of using a short-term pleasure to entice a user to give up information is all over the Web. 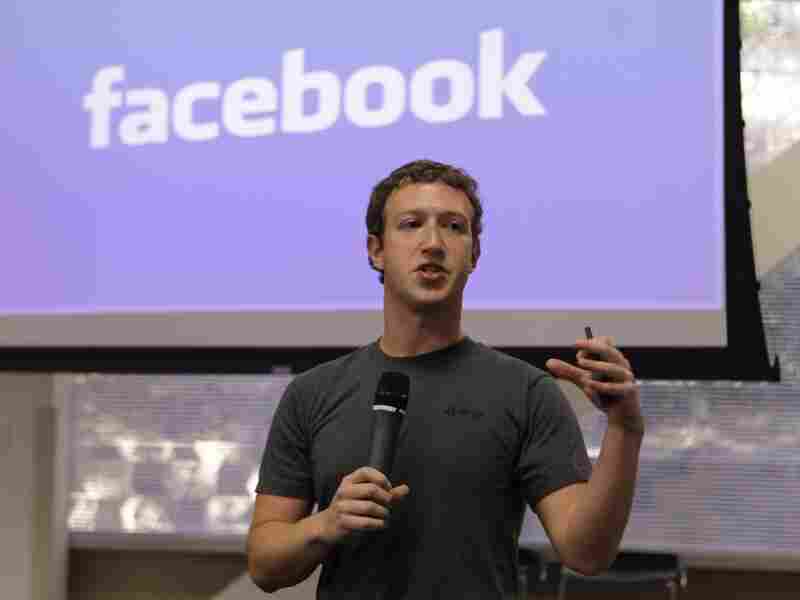 Facebook became snagged Monday in yet another privacy problem when a Wall Street Journal article revealed that applications on the site were sharing personal information with outside companies.

But many of the popular games and applications on Facebook, such as Farmville and Mafia Wars, do give notice that the game will access some personal information -- and users play anyway.

When you accept an invitation to play Farmville, a notice comes up.  Farmville is requesting permission to access your basic information, such as name, gender and list of friends. Although we may worry about giving the information up, we also want to play.

"We tend to weigh more heavily the pleasure that we'll get out of the immediate reward than the risk that may be long-term and further off," said Lorrie Cranor, a professor at Carnegie Mellon University and an expert on marketing strategies and privacy.

When it comes to privacy, many people have a hard time understanding the risks.

"We see all sorts of security warnings pop up on our screen, and we've gotten so used to just kind of swatting them away, and it's very rare that anything bad ever happens to us," Cranor said.

In the case of Farmville, nearly 60 million people are registered to play on Facebook. Zynga, the company that makes Farmville, is counting on human nature to keep its businesses growing, says Jeff Chester, a consumer privacy advocate.

"Their business model is harvesting not just these virtual vegetables but the data about you, watching every move you make and changing the game so they can collect more information," said Chester, executive director of the Center for Digital Democracy.

Cranor said a bank might want that information to see who your friends are.

"If they know who your friends are, they can go check their credit history and they can see whether they've defaulted on loans and things like that," she said. "And so that gives them insight into whether you might do that."

Facebook has been under scrutiny from privacy advocates, but the model of using a short-term pleasure to entice a user to give up information is all over the Web. Take free online mortgage calculators, Chester said. Banks are watching to see what you plug in.

"Companies are devising all kinds of schemes, offering quizzes and contests and free calculators to get people to give up their data and information that's then sold and resold and used," he said.

"Banks and credit-card companies will really use any data that's available to them to get an edge over the competitor to determine who is more credit risky," Lin said.

Health insurance companies may also try to mine online data.  A couple of years ago, there was a case of a health insurer who tried to access the Facebook and MySpace accounts of a teen with an eating disorder to deny her coverage. No one really knows what will happen with all of that data online, said privacy consultant Robert Gellman.

"People don't know what's going on, and a lot of times and a lot of circumstances they have no rights with respect to the information they've given up," Gellman said. "The companies that collect that information can basically do anything they want with it."

So no matter how much fun that online game may be, Gellman said, consumers might want to think a lot harder before they trade their information for a good time.