Accessibility links
Jason Schwartzman, 'Bored' And Loving It After starring in movies like Rushmore and The Darjeeling Limited, Jason Schwartzman decided to move to TV. He talks about playing a novelist moonlighting as a private detective on HBO's Bored to Death -- and details what it was like to work with Wes Anderson on several films. 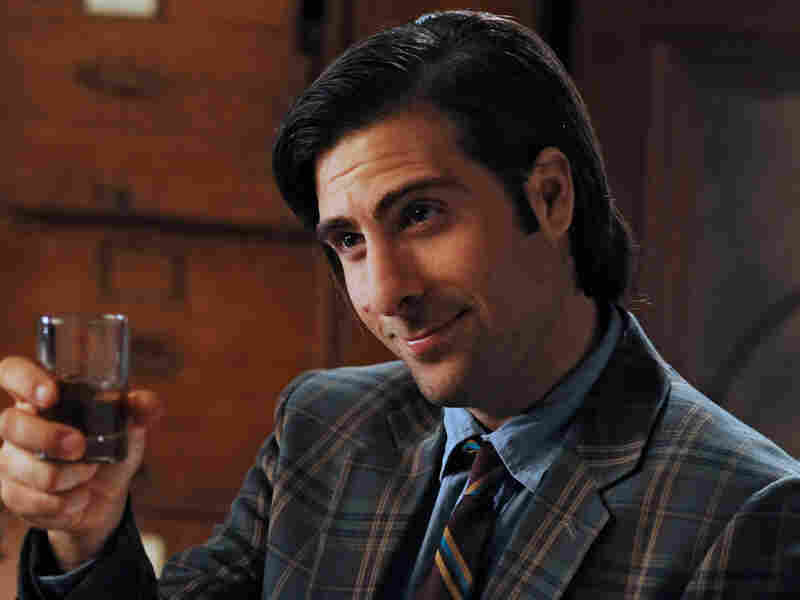 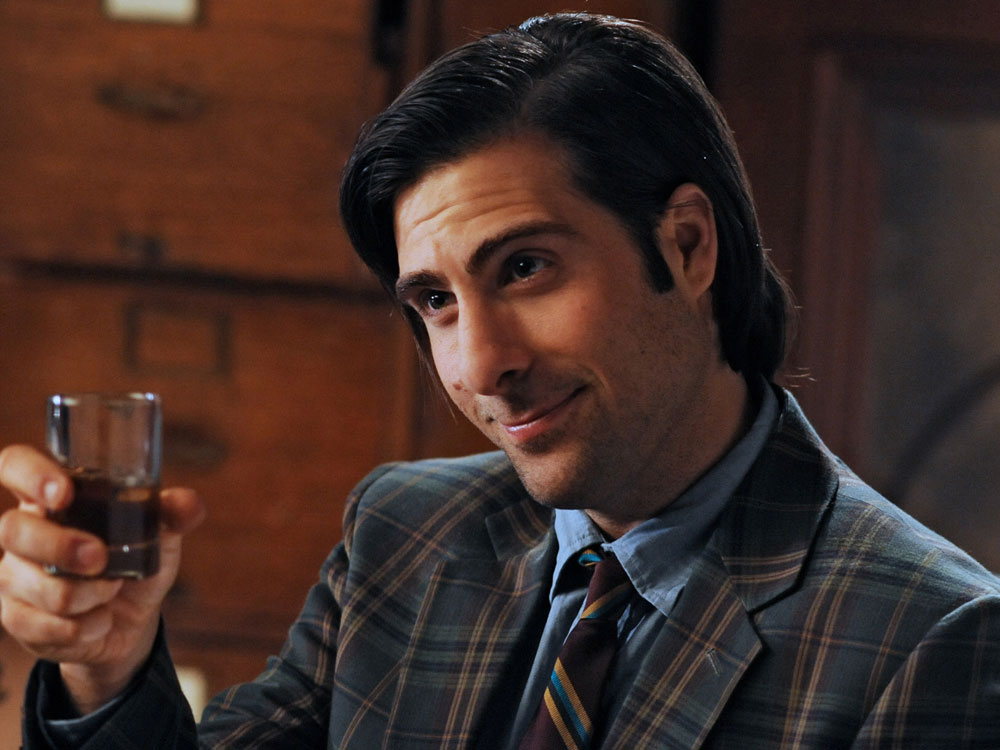 On the HBO comedy Bored to Death, Jason Schwartzman plays Jonathan Ames, a struggling writer who turns to unlicensed private-detective work after flailing in both his writing and his personal life. (The character was created by real-life writer Jonathan Ames, who is also one of the show's executive producers.)

Bored to Death, which co-stars Ted Danson and Zach Galifianakis, follows Schwartzman's character around as he tries to emulate his favorite fictional detective -- Philip Marlowe. After getting the part, Schwartzman tells Terry Gross, he had very specific ideas about the ways his character should be portrayed.

"Basically, I said I shouldn't be a bumbling private detective, " he says. "Yes, it's a comedy, but [I said] I should really be the best private detective I could be, especially when I'm meeting with clients."

Schwartzman's character successfully solved his first two cases in the show's debut season. But the detective work has been getting progressively harder this season: Schwartzman has already been beaten up and kidnapped.

"During the first season, I was just starting out and a lot of my cases were strange and kind of nonthreatening," he says. "As we're going on this season, the stakes are higher and I could really die."

Schwartzman's films include Rushmore, I Heart Huckabees, The Darjeeling Limited and this year's cult comedy Scott Pilgrim vs. the World.

On writing the theme song for Bored to Death

"This is an embarrassing story, and one that I feel terrible about because it will expose me as a low-key liar. But I did it and I brought it upon myself so I'm just going to come clean now. ... I was finishing up a film, Funny People, that I was acting in that was taking up all of my days. And I was supposed to be writing the song, and every week I would get an e-mail from people at HBO saying, 'How's the song coming?' And I would just say, 'Everything is great,' even though I had nothing written. And I would quickly invent something that I had written, and describe something, like, 'I've come up with this walking bass line; I think it's very right for the song,' and they'd write back, 'Great. Can't wait to hear it.' ... Basically, I lied for a month on the fly about what was in this song, musically. Then it came time for me to submit a demo, and not to seem like a liar, I went back through all of my sent e-mails and saw all of the things I had said were in the song, wrote them down -- and then basically to fulfill the lie, I wrote the song based on every fib I had e-mailed. And I wrote it in 10 minutes."

On working with Wes Anderson in high school

"When the door opened, when it was my turn to go in and audition -- when we saw that Wes was young, there was something that was just released into my blood that felt like, 'Who knows if I get the part, but this guy is nice and I could be friends with this guy.' We talked for almost 20 minutes about a band called Weezer, about an album called Pinkerton. Then we talked about my shoes and where I got them. He was not what I was expecting when I walked into the room."

On how his mother, actress Talia Shire, introduced him to great films after he asked her for acting advice

"I gave the script [of Rushmore] to my mom and I said, 'Mom, I've never auditioned. Can you give me any pointers? Can you help me memorize lines?' and she read the script and she said, 'I'll be right back,' and she went out and rented three films -- The Graduate, Dog Day Afternoon, and Harold and Maude. And I watched them all for the first time. And it was in that moment where I felt, watching the films, this warm, insane feeling inside of my body, which was a feeling that up until then music had given me. And it was in that moment where I said, 'I don't know if I'll ever get this part. I don't know if my band will ever make it. But I've got to try to live my life somehow staying as close to this weird feeling as possible.' "