Accessibility links
GOP Has Chance To 'Plant Flag' In Obama's State Democratic Gov. Pat Quinn and challenger Bill Brady, a Republican, are in a tight race. The state's huge budget deficit and high unemployment are the top issues.

As Election Day approaches, it's looking increasingly likely that Republicans will end up in more governors' mansions than will Democrats after the voting is done -- a reversal of fortunes for the two major political parties.

There are 37 seats up for grabs, and NPR Political Editor Ken Rudin is among those expecting Democrats to lose in at least nine of the states where they now occupy the governors' mansions. Four other Democratic-held seats also could wind up in Republican hands, he projects. 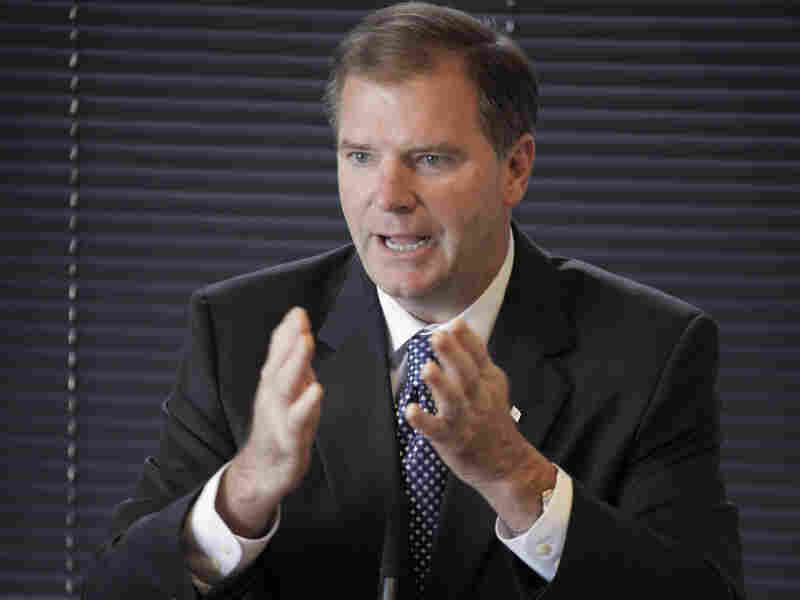 Among the states where polls show a tight race that could end up with a Republican replacing a Democrat is Illinois.

Democratic Gov. Pat Quinn has been on the job for less than two years -- taking over after former Gov. Rod Blagojevich was impeached and ousted. Now Quinn is trying to win the seat in his own right, and the top issues in his race with Republican challenger Bill Brady, an Illinois state senator, are the state's record $13 billion budget deficit and high unemployment.

Quinn touts his efforts to put a dent in the budget deficit. Early on, he proposed an income tax hike that went nowhere but is still on his agenda along with spending cuts. He says he's been able to trim $3 billion in state spending and create thousands of jobs. In fact he calls himself the jobs governor.

Vice President Biden, who recently campaigned for Quinn, says the governor "inherited enormous budget deficits, skyrocketing unfunded pension liabilities, an economy in crisis, a massive loss of public trust in the governor's office. He didn't complain ... he got to work." 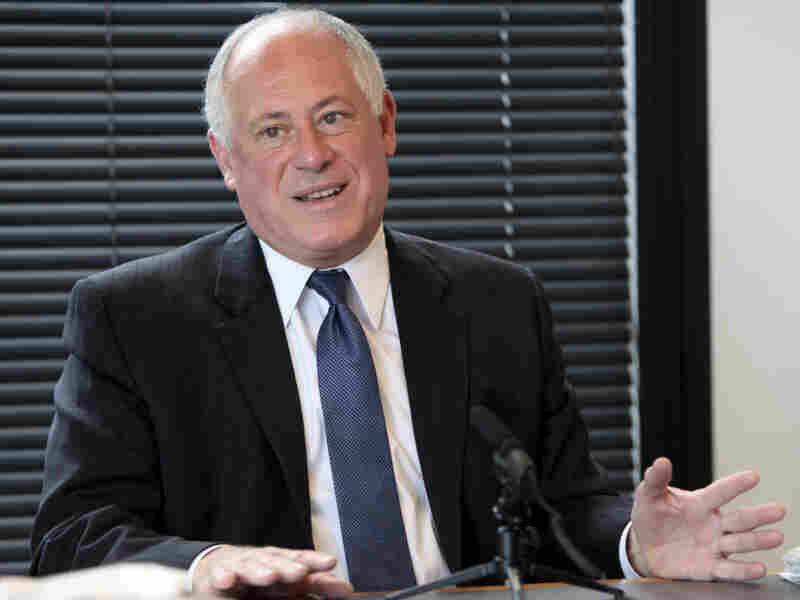 Republican Brady offers a different description of his opponent, and during a recent debate offered a pointed critique that basically said Quinn's policies have sent jobs away from Illinois to neighboring states: "Last two months we lost 26,000 jobs. Gov. Quinn is the jobs governor all right -- it just happens to be for Indiana, Missouri, Kentucky  and other states."

Brady says he can stabilize the state's economy without raising taxes. His mantra is cut the state budget -- a dime for every dollar. He says he would scrap a number of taxes and fees but would get a state audit before deciding which budget cuts to make.

New Jersey Gov. Chris Christie, a darling among conservatives after reckoning with a budget deficit nearly as large as Illinois', has given Brady his endorsement. "I'm not coming here saying, 'Hey look what I did in New Jersey -- you should do the same thing,' " Christie told Illinois voters during an appearance on behalf of Brady. "I come here because I believe the direction he says he wants to take Illinois in is compatible with the direction I'm taking New Jersey in."

Brady is a social conservative and has surprised many by running such a competitive race in a moderate state. When Quinn came into office, there was a statewide sigh of relief.  Blagojevich had been impeached and ousted while the previous governor, a Republican, sat in prison on a corruption conviction.

The state's ravaged economy, though, has been the focus of this race. Republicans are pouring millions of dollars into Midwestern states such as Illinois where Democrats are vulnerable. Roosevelt University political science professor Paul Green says Illinois is particularly attractive.

"It's [President] Obama's state. You always want to go plant your flag in the other guy's state," says Green.

"In many states, it will be governors who will have veto power over redistricting maps, deciding which political parties have control in state legislatures and Congress," Hall points out.

Two weeks before Election Day, the candidates in the Illinois race for governor apparently still have some convincing to do.  A recent poll shows 22 percent of voters haven't made up thier minds.