Accessibility links
'Running The Books' In A Prison Library When Avi Steinberg graduated from Harvard, he didn't know what to do next — so he took a job as a prison librarian. He shares stories of his time working at the Suffolk County House of Correction in Running the Books. 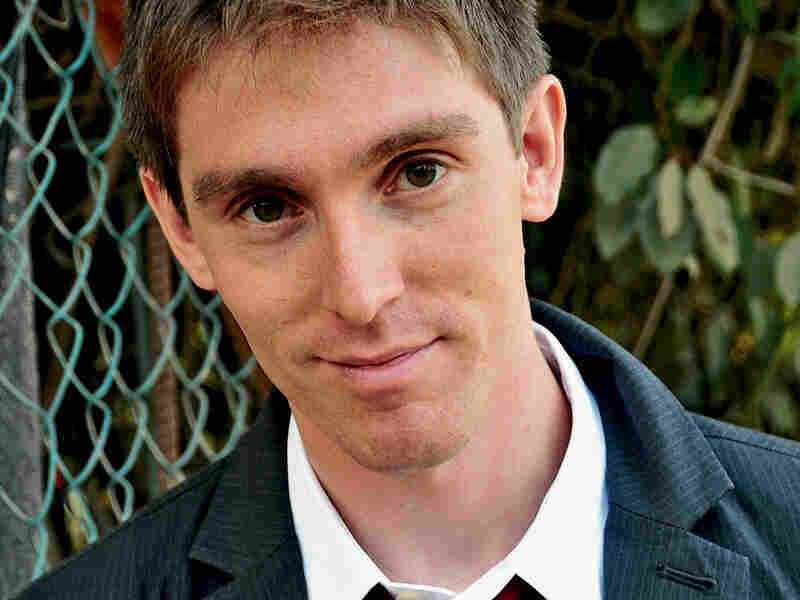 Avi Steinberg wrote obituaries for the Boston Globe before taking a job as a prison librarian. Debbi Cooper hide caption 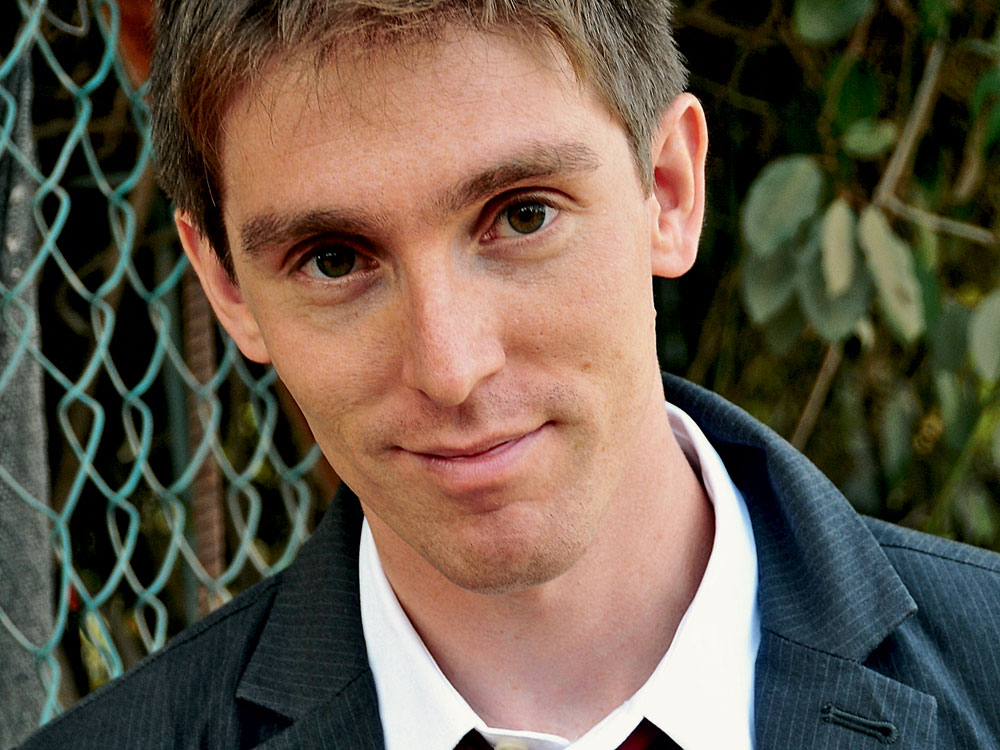 Avi Steinberg wrote obituaries for the Boston Globe before taking a job as a prison librarian.

Running The Books: The Adventures Of An Accidental Prison Librarian
By Avi Steinberg
Hardcover, 416 pages
Nan A. Talese
List price: $26

When Avi Steinberg graduated from Harvard, he didn't know what to do next -- so he took a job as a prison librarian.

In Running the Books: The Adventures of an Accidental Librarian, Steinberg shares stories of his time working at the Suffolk County House of Correction -- from the prisoner who dreamed of hosting a cooking show, Thug Sizzle, to the fragile prostitute who connected with Sylvia Plath.

The Suffolk facility houses both men and women and while the two groups have no contact, both populations use the same library.  That meant the facility also served as a kind of illicit post office, a place for prisoners of the opposite sex to leave messages for one another.

As a result, Steinberg would often find notes -- or "kites" -- tucked into books in the stacks.  It was his job to search those notes out and destroy them.

Steinberg tells NPR's Neal Conan that it was through those missives that he learned about the "soap operas" going on at the prison. He says with so many crossed messages and changing nicknames, the plots of the real-life dramas became quite complicated.

A self-described "tender-looking boy," Steinberg says prisoners took one look at him and assumed he couldn't control the library or its patrons. So controlling the flow of communication became essential to him establishing his authority.

"There's a little sheriff in every little corner of the prison," he says, "and people respect you for running a tight ship." 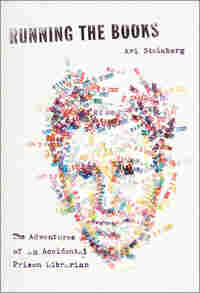 Running The Books: The Adventures Of An Accidental Prison Librarian
By Avi Steinberg
Hardcover, 416 pages
Nan A. Talese
List price: $26

The up&up and low low

Pimps make the best librarians. Psycho killers, the worst. Ditto con men. Gangsters, gunrunners, bank robbers -- adept at crowd control, at collaborating with a small staff, at planning with deliberation and executing with contained fury -- all possess the librarian's basic skill set. Scalpers and loan sharks certainly have a role to play. But even they lack that something, the je ne sais quoi, the elusive it. What would a pimp call it? Yes: the love.

If you're a pimp, you've got love for the library. And if you don't, it's probably because you haven't visited one. But chances are you will eventually do a little -- or perhaps, a lot -- of prison time and you'll wander into one there. When you do, you'll encounter the sweetness and the light. You'll find books you've always needed, but never knew existed. Books like that indispensable hustler's tool, the rhyming dictionary. You'll discover and embrace, like long-lost relatives, entire new vocabularies. Anthropology and biology, philosophy and psychology, gender studies and musicology, art history and pharmacology, economics and poetry. French. The primordial slime. Lesbian bonobo chimps. Rousseau nibbling on sorbet with his Venetian hooker. The complete annotated record of animal striving.

And it's not just about books. In the joint, where business is slow, the library is The Spot. It's where you go to see and be seen. Among the stacks, you'll meet older colleagues who gather regularly to debate, to try out new material, to declaim, reminisce, network and match wits. You'll meet old timers working on their memoirs, upstarts writing the next great pimp screenplay.

You'll meet inmate librarians like Dice, who will tell you he stayed sane during two years in the hole at Walla Walla by memorizing a smuggled anthology of Shakespeare's plays. He'll prove it by reciting long passages by heart. Dice wears sunglasses and is an ideologue. He'll try to persuade you of the "virtues of vice." He'll tell you that a prison library "ain't a place to better yourself, it's a place to get better at getting worse." He'll bully you into reading Shelley's Frankenstein, and he'll bully you further into believing that it's "our story"-- by which he means the story of pimps, a specialized class of men, a priesthood, who live according to the dictates of Nature.

He means it. Like many a pimp preoccupied by ancient questions, Dice takes the old books seriously. He approves of Emersonian self-reliance, and was scandalized that many American universities had ousted Shakespeare and the Classics from their curricula. He'd read about it in the Chronicle of Higher Education.

"You kidding me, man?" he'd said, folding the newspaper like a hassled commuter, brow arching over his shades. "Now I've heard it all. This country's going to hell."

This at least is what I'm told. I wouldn't know. I'm not a pimp. I'm in a different sort of racket. My name is Avi Steinberg, but in the joint, they call me Bookie. The nickname was given to me by Jamar "Fat Kat" Richmond. Fat Kat is, or was, a notorious gangster, occasional pimp, and, as it turns out, exceptionally resourceful librarian. At thirty years old and two bullet wounds, Kat is already a veteran inmate. He's too big -- five foot nine, three-hundred-plus pounds -- for a proper prison outfit. Instead he is given a nonregulation T-shirt, the only inmate in his unit with a blue T-shirt instead of a tan uniform top. But the heaviness bespeaks solidity, substance, gravitas. The fat guy T-shirt, status. He is my right-hand, though it often seems the other way around.

"Talk to Bookie," he tells inmates who've lined up to see him. "He's the main book man."

The main book man. I like that. I can't help it. For an asthmatic Jewish kid, it's got a nice ring to it. Hired to run Boston's prison library -- and serve as the resident creative writing teacher -- I am living my (quixotic) dream: a book-slinger with a badge and a streetwise attitude, part bookworm, part badass. This identity has helped me tremendously at cocktail parties.

In prison Fat Kat, Dice, and their ilk are the intellectual elite, hence their role as inmate librarians. But the library itself is not elitist. To gain entrance, one need only commit a felony. And the majority of felons, at least where I work, do make their way to the library. Many visit every day. Even though some inmates can barely read, the prison library is packed. And when things get crowded, the atmosphere is more like a speakeasy than a quiet reading room. This place is, after all, the library of "all rogues, vagabonds, persons using any subtle craft, juggling, or unlawful games or plays, common pipers, fiddlers, runaways, stubborn children, drunkards, nightwalkers, pilferers, wanton and lascivious persons, railers and brawlers." This according to a nineteenth-century state government report. I've met only one fiddler. No pipers, common or otherwise. But I do meet a good number of rappers and MCs. With the addition of gun-toting gangbangers and coke dealers, the old catalog remains fairly accurate.

Which is all to say that a library in prison is significantly different than a library in the real world. Yes, there are book clubs, poetry readings, and moments of silent reflection. But there isn't much shushing. As a prison crossroads, a place where hundreds of inmates come to deal with their pressing issues, where officers and other staff stop by to hang out and mix things up, the pace of a prison library is social and up-tempo. I spend much of my time running.

The chaos begins right away. There is no wake-up call more effective than twenty-five convicts in matching uniforms coming at you first thing in the morning. 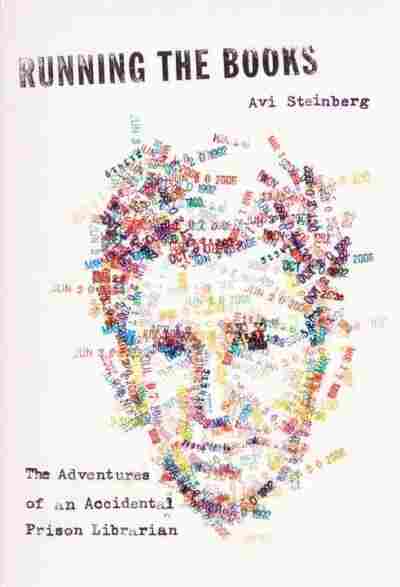 The Adventures of an Accidental Prison Librarian