Accessibility links
School's New Album Better Than A Bake Sale In this day of budget shortfalls, the East Village Community School in New York City has found a solution in the voices of its students. Working with a diverse community, musician and parent Susan McKeown lead production on a colorful new album. 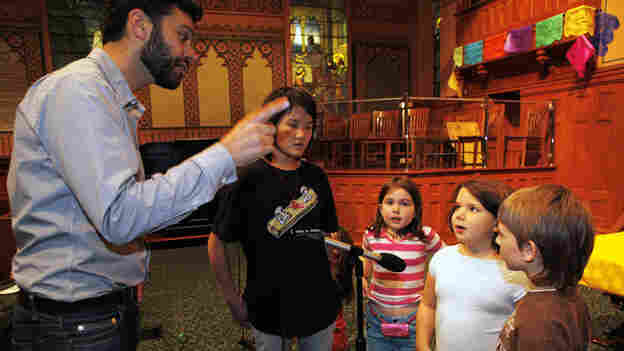 Students at the East Village School in New York City have recorded an album of world songs to raise funds for arts and language programs. Jayne Wexler via rockpaperscissors hide caption 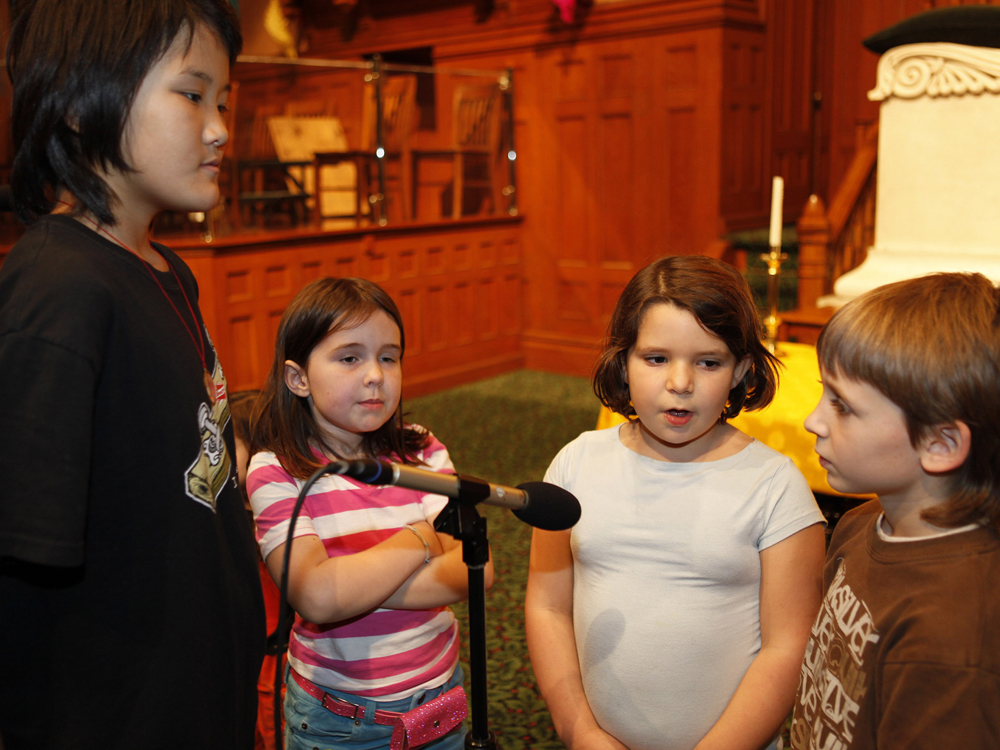 Students at the East Village School in New York City have recorded an album of world songs to raise funds for arts and language programs.

For information on how to purchase the album, visit their website.

In this day of budget shortfalls and cutbacks, many schools are trying to find ways to raise funds that improve on bake sales or car washes.

But it's hard to improve on what the East Village Community School in New York City has done.

The small arts-based public school has put together a CD, called "Songs From the East Village," a collection of songs, poems and stories that glorify the neighborhood's deep cultural heritage.

Susan McKeown is a parent at the East Village Community School.  She's also a Grammy-winning vocalist. The CD-as-fundraiser was her idea -- she brought everyone together and saw the project through production.

"I looked around and realized how many professional musicians we had in the parent body who, like me, came to New York and settled down as immigrants," McKeown says.

The diverse backgrounds of the student population presented an opportunity for a truly unique album. "Belly a Belbool," a Baghdad playground song comes from two Iraqi siblings. The two went through a rough exodus from the capital city after the kidnapping of their father, a local advisor for the U.S. government. He was unharmed, but the two were not allowed out of their house for six months.

"Soldier, Soldier" was a song that came from Martha Kessler, head of the school's parent committee.

"It was a version from Martha, who's from the States but was born and grew up in England, learned up over there," McKeown says. "She brought it back to New York and taught it to her daughter, who made up a new ending."

Near the end of the album's production, the school's vice principal Bradley Goodman suggested McKeown add a Tibetan track, as the school had a number of students who emigrated from the region. They created the song "Snow," featuring a fifth grade boy who's recent enrollment was the first time he had attended a school.

"The characters that come through on the individual voices of the children make it like these little audio jewels," McKeown said. "That’s the way I wanted it from the beginning."

The singer-songwriter has yet to see the album's sales figures. She says the money raised will be earmarked towards the school's arts and language programs, a prime target for schools across the country looking to tighten their budgets.

"When the cutbacks come, the arts are the first to go," McKeown says. "And at our school, we believe a fully-rounded person is someone who has access to the arts as well as all the other subjects."