Accessibility links
'In Treatment' Writers Analyze The HBO Drama In HBO's In Treatment, Gabriel Byrne stars as a psychotherapist who is working through some serious issues of his own. Executive producers and writers Anya Epstein and Dan Futterman discuss the show's third season. 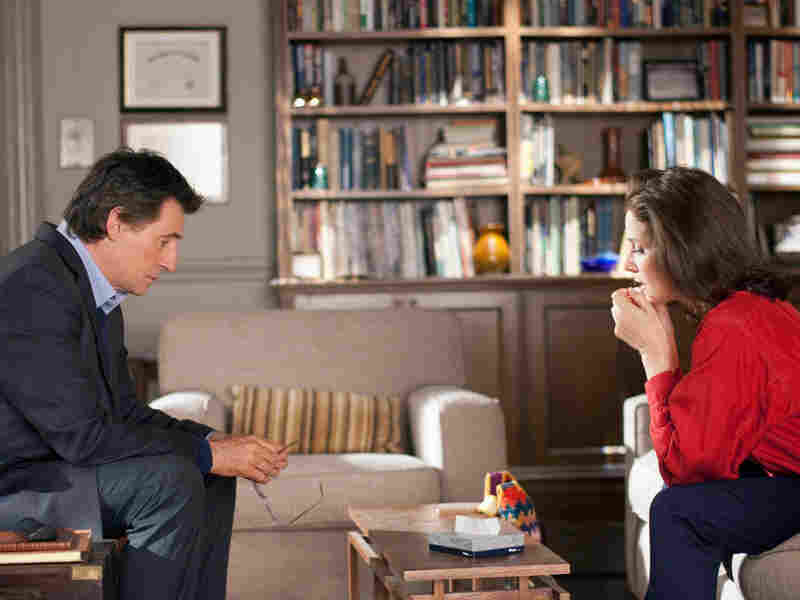 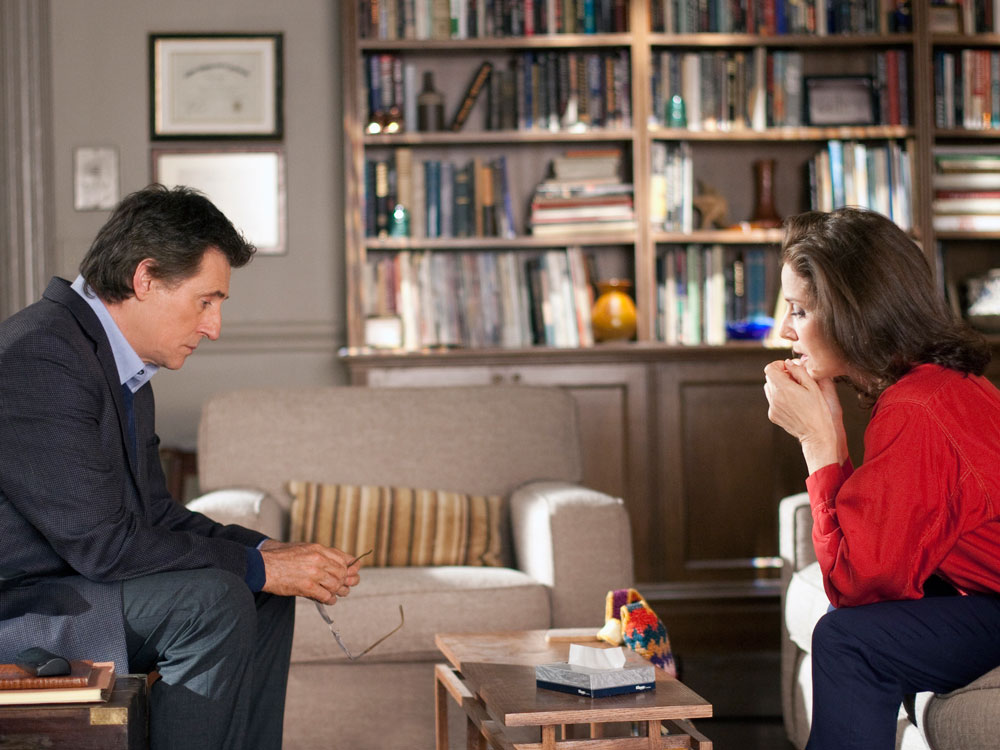 Dr. Paul Weston (Gabriel Byrne) during a session with his patient Frances (Debra Winger), a middle-aged actress battling her siblings.

The HBO series In Treatment, adapted from a popular Israeli show called BeTipul, stars Gabriel Byrne as Paul Weston, a psychotherapist who sees four patients each week and then meets with his own therapist, played by Amy Ryan, on Fridays.

In Treatment's show runners, Anya Epstein and Dan Futterman, join Terry Gross for a discussion about the Peabody Award-winning series and explain how they kept the current season's episodes consistent with the show's tone. The show's third season, which began on Oct. 26, was the first season conceived entirely from scratch. The first two were adapted, often line by line, from Israeli writer Hagai Levi's script.

"Hagai Levi set up a great template in that this therapist is not just any therapist," says Futterman. "[Weston's] a therapist who's ... always trying to figure out: How far do I go? Do I cross the line with this patient? Am I interested in this patient? Jealous of this patient? Angry? Turned on? And that became the challenge for us, to find storylines that would waken different parts of Paul Weston and tempt him to either cross the line or hold back."

In the third season of the show, Weston's patients include a Bengali man in Brooklyn struggling to adapt to his life in America, a gay teen trying to figure out his relationship with his parents, and an actress dealing with her sister's terminal cancer diagnosis. At the same time, Weston is trying to adapt after his divorce and struggling with his recurring fear that he may have inherited a terminal disease. 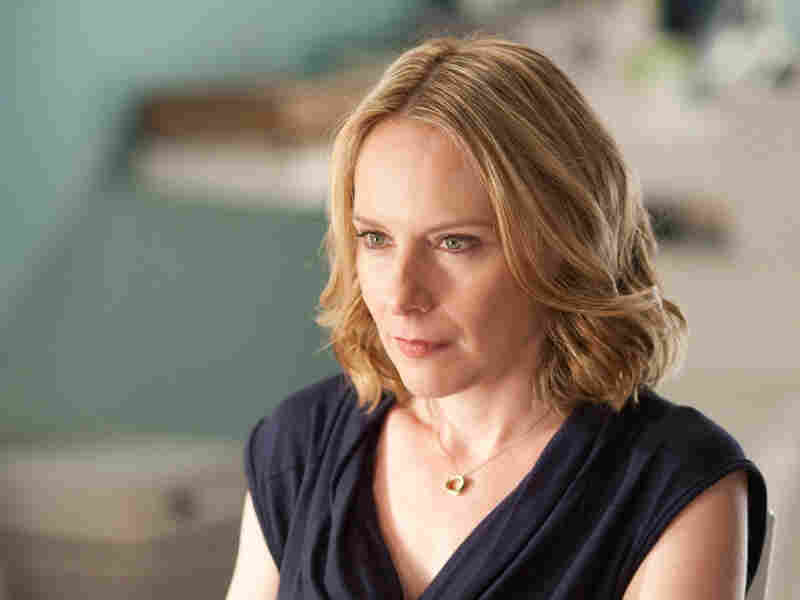 Amy Ryan plays the new therapist on this season of In Treatment. Her medical degree and her age make Dr. Paul Weston feel insecure about himself. Paul Schiraldi hide caption 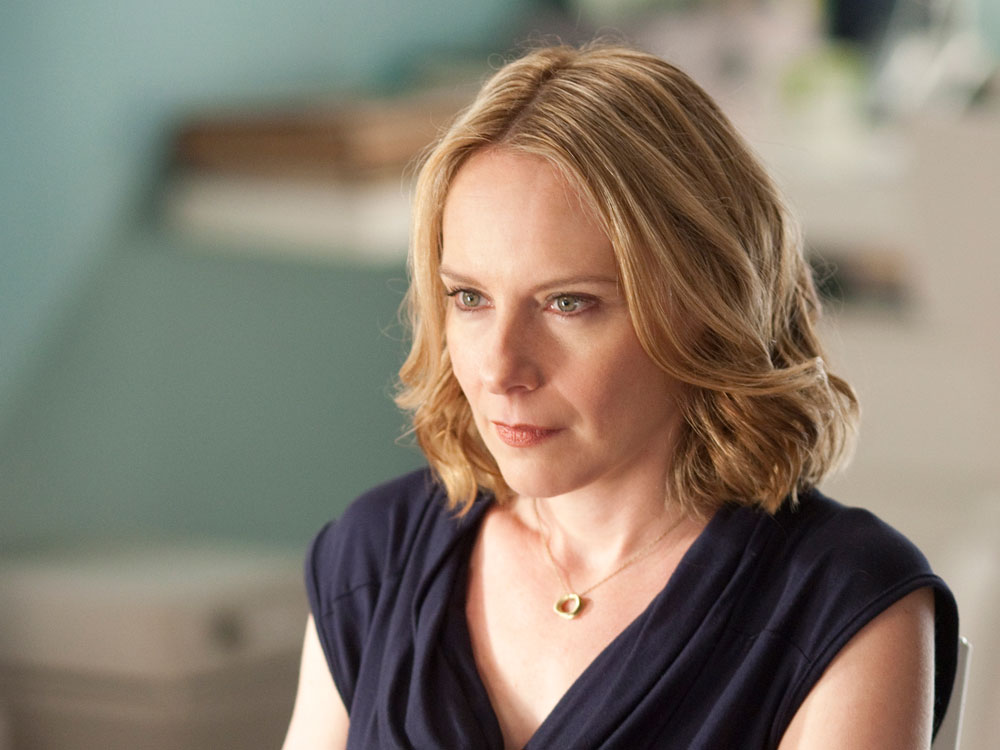 Amy Ryan plays the new therapist on this season of In Treatment. Her medical degree and her age make Dr. Paul Weston feel insecure about himself.

"He has convinced himself because of some hand tremors that have set in over the past several months that he has developed Parkinson's, the disease that his father died from in the last season," says Futterman. "And he's having a terrible time sleeping and he needs a refill of his Ambien ... [and] he finds his way into [Amy Ryan's] office hoping to just fill his prescription and leave -- and she says some very incisive things that cause him to decide to come back."

Before Futterman and Epstein took their positions as In Treatment's show runners, they were told by the show's previous show runner, playwright Warren Light, that the qualification for writing for the show were simple: They had to be in therapy themselves.

"I think it would have been very hard to find a writer in New York or L.A. who hadn't been in treatment," says Epstein, laughing. "But yes, I believe all of us probably have a lifetime of therapy that we've been through."

In addition to their work on In Treatment, Epstein and Futterman are currently adapting a drama called T about a transman going through a gender transition.