Accessibility links
First Listen: Weekend, 'Sports' At the core of this San Francisco trio's debut album Sports is a persistent tug-of-war between the forces of punk and shoegaze. It's one release not to be overlooked this November. 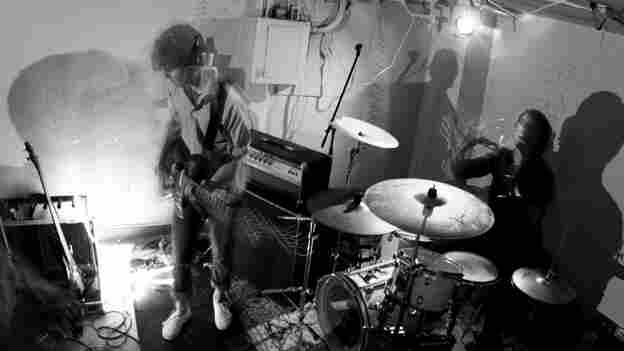 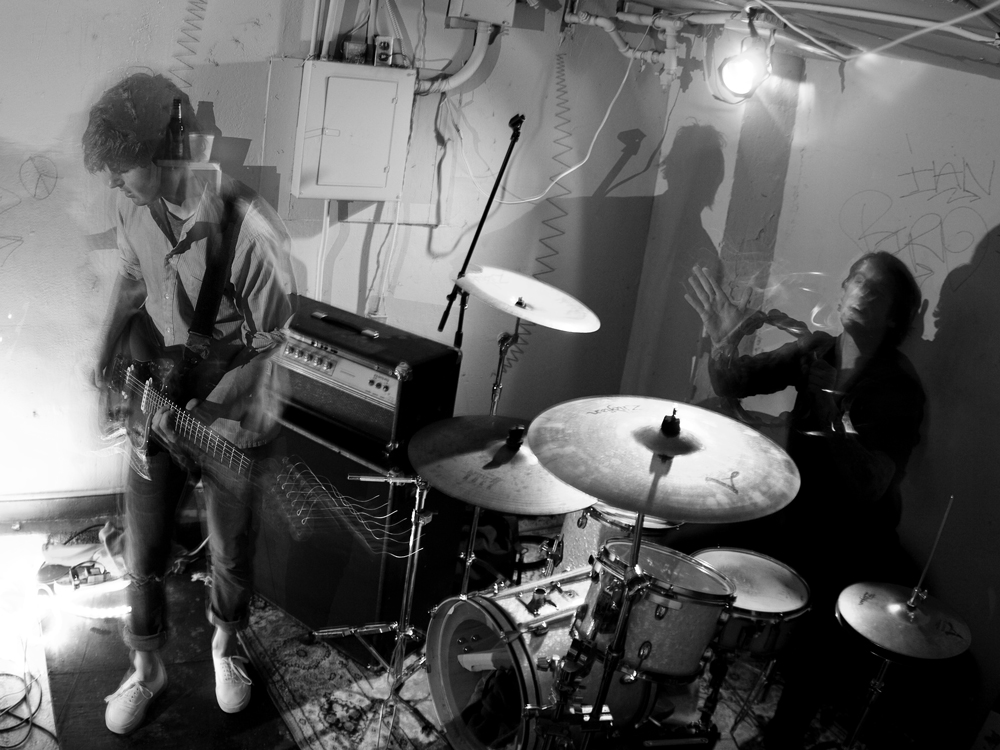 Weekend might be on to something. Within the first minute of their debut album Sports, it's apparent the San Francisco band is not to be overlooked. Formed in 2009, Weekend is singer and bassist Shaun Durkan, guitarist Kevin Johnson and drummer Abe Pedroza. After a 10-inch single and a split single, they signed with Slumberland Records, a label that has built a reputation for its roster of noisemakers over the past twenty years.

But what makes them stand out in the fuzz? Again, that amazing first minute: "Coma Summer" unfurls with a procession of layers, each louder than the last. The build-up culminates in a hypnotic swirl of two-chord riffs and Durkin's ethereal howling. Then, without warning, the cruising melody is sandblasted with static. Listeners turned off by such volatility should press on, because this is as jarring as it gets.

At the core of Sports is a tug-of-war between the forces of punk and shoegaze, tight rhythms and messy effects. Sounds smash full-speed into each other, but none dominates the others. In "Age Class," for example, a guitar-drum heartbeat thumps on through a persistent feedback haze. Other songs build around bass lines that wouldn't sound out of place in a Joy Division song, until they become swamped in reverb and mutate into frazzled variations of the beat.

Perhaps this constant struggle is what sets Weekend apart. Despite the din, Sports is warmly upbeat and atypical for a record label with such darker acts as A Place To Bury Strangers. Weekend's lyrics don't reflect their positive energy, but they don't matter much anyway in the waves of distortion.

Sports will stream here until its release on Nov. 9.  Please leave your thoughts on the album in the comments section below.