Accessibility links
Of Montreal's Humanist Sermon On 'False Priest' They're called Of Montreal but they're from Athens, Ga., and they're barely a "they" -- the only constant of Of Montreal's 13-year career has been leader Kevin Barnes, who wrote all the songs and played most of the instruments on the new album False Priest. 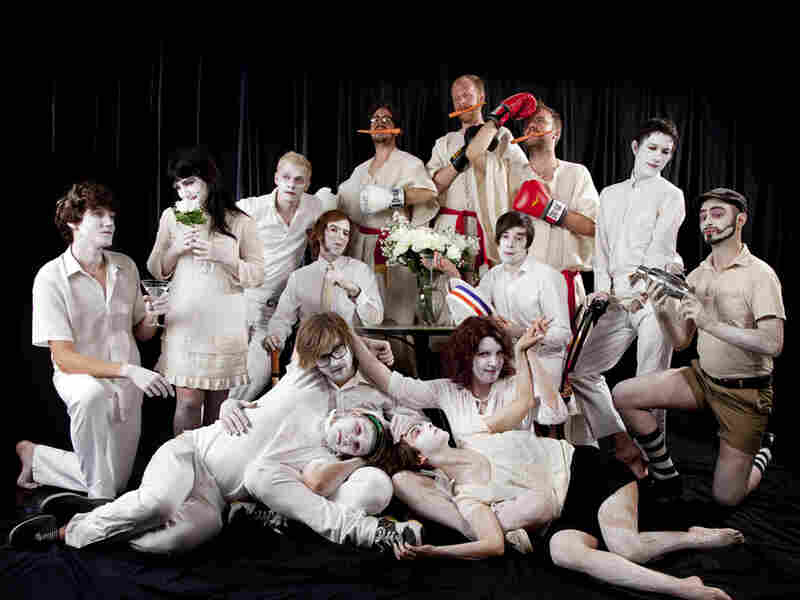 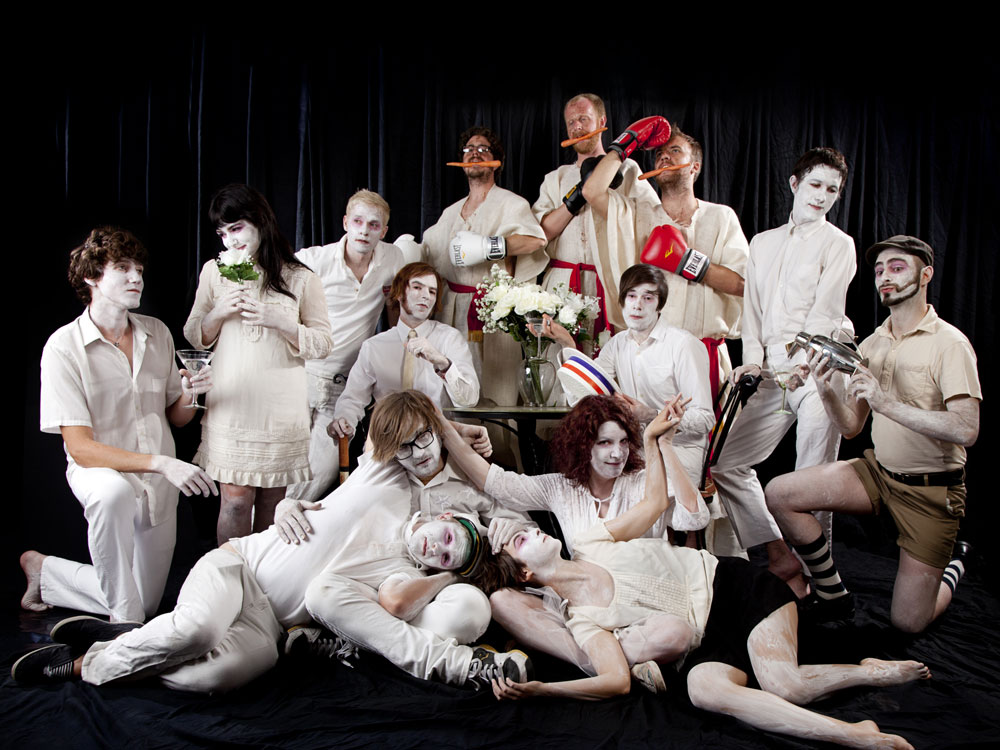 They're called Of Montreal but they're from Athens, Ga., and they're barely a "they" -- the only constant of Of Montreal's 13-year career has been leader Kevin Barnes, who wrote all the songs and played most of the instruments on the new album False Priest.

Of Montreal has now put out 13 albums. In the early '00s, these albums served mainly to remind me how little I care for arch vocals and DIY prog. But in 2007 Kevin Barnes grabbed my attention with a song that seemed to go on forever -- on an album titled, unfortunately, Hissing Fauna, Are You the Destroyer?

My pick hit is called "The Past Is a Grotesque Animal." It lasts 12 minutes without repeating a line as Barnes details a painful and impassioned romance that begins with a shared attraction to Georges Bataille's S&M cult novel Story of the Eye. There's no chorus — the song is its own hook, obsessively intensifying the same riff in an ecstatic build finished off by three minutes of oo-oo-oos and instrumental up up and away. It was so powerful it made me care about two over-the-top Georges Bataille fans. But not until two releases later did Kevin Barnes hold my interest from the beginning of an album to the end.

The lyrics that spill out of Barnes are full of grad-school references, and his falsetto is a bisexual tease even though he's married with a kid and always addresses his love songs to women. Yet there he is leading an album by exulting, "Girlfriend I got so lucky with you." Jon Brion of Fiona Apple and Kanye West fame co-produced False Priest. Janelle Monae and Solange Knowles volunteered cameos. And perhaps most impressive, the songs have not just tunes but basslines. Listen for the bass on the third track, "Coquet Coquette." But notice as well that Barnes is no longer feeling so lucky.

And so it goes on False Priest. Barnes is still tormented by a love object we're free to assume is his wife, Nina, who gets a cameo. But they have plenty of good times too. On a song called "Sex Karma," Solange Knowles plays the love object.

So (a) False Priest is easily Of Montreal's most accessible album even though (b) False Priest has more than its fair share of ups and downs. What tips the balance for me is that it ends with a humanist sermon. True, Barnes doesn't preach in human guise — he sounds like a computer talking.

Afterlife is nothing to live for? Nothing to die for? I'll take it.