Accessibility links
The Hammersteins' Path From Brooms To Broadway When Oscar Hammerstein II died 50 years ago, the lights of Broadway were dimmed in his honor. He was part of a family that helped build Broadway with hit shows like Oklahoma!, and some of the first theaters in Times Square. Oscar Andrew Hammerstein's new book tells his family story.

When Oscar Hammerstein II died 50 years ago, the lights of Broadway and London's West End were dimmed in his honor. From Showboat to Oklahoma!, The King and I to The Sound of Music, Hammerstein II wrote the lyrics and librettos to some of the most famous and enduring songs and shows in American musical theater history. 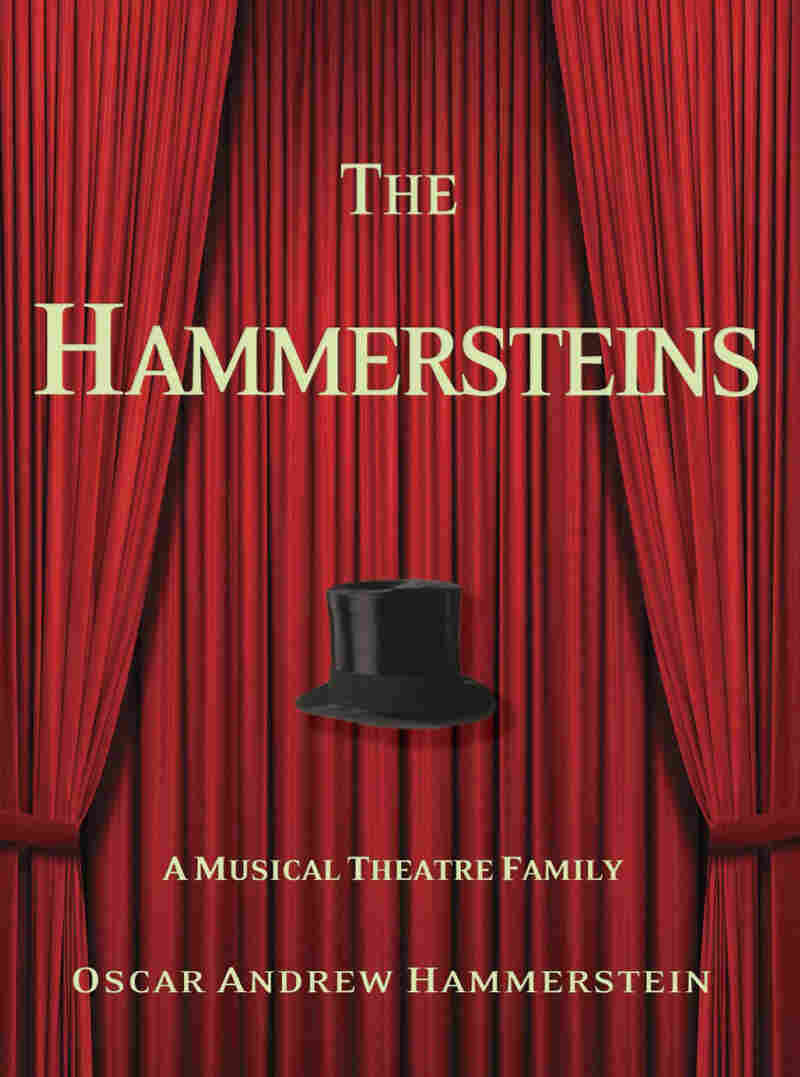 But the Hammersteins did more than build Broadway with hit shows -- they also built some of the first theaters that helped make Times Square a theater capital. Now Oscar Andrew Hammerstein, a fifth-generation Hammerstein, has written a book that tracks his family's influence on musical theater.

The Hammersteins: A Musical Theatre Family starts the family story with Oscar Hammerstein I's immigration from Germany to New York in 1864 where he found work sweeping the floors of a cigar factory -- an unlikely start to his rise.

Hammerstein I loved the opera and wanted to make it more popular in New York, so he built theater after theater in what would later become known as the city's theater district -- not in small part because of Hammerstein I's efforts.

"He spent most of his life and all of his money in the pursuit of that dream," Hammerstein says. "Had he been a rational man we would probably own much of what is now Times Square, but our legacy now is much more in the creative side."

Hammerstein I's creative talents were inherited by his grandson, theater great Oscar Hammerstein II, who broke the mold of the American musical.  Hammerstein says Stephen Sondheim, who knew Hammerstein II from the set of 1947's Allegro, makes a good three-part argument for what the famous musical writer left in his wake.

The first was to start the show off right away and not waste time with an opening number.

"A good example would be Oklahoma! and 'Oh, What a Beautiful Mornin','" Hammerstein says. "It tells the audience, 'Sit down, we're telling a story here.'"

The second of Hammerstein II's innovations was to delay the love song until at least the second act. 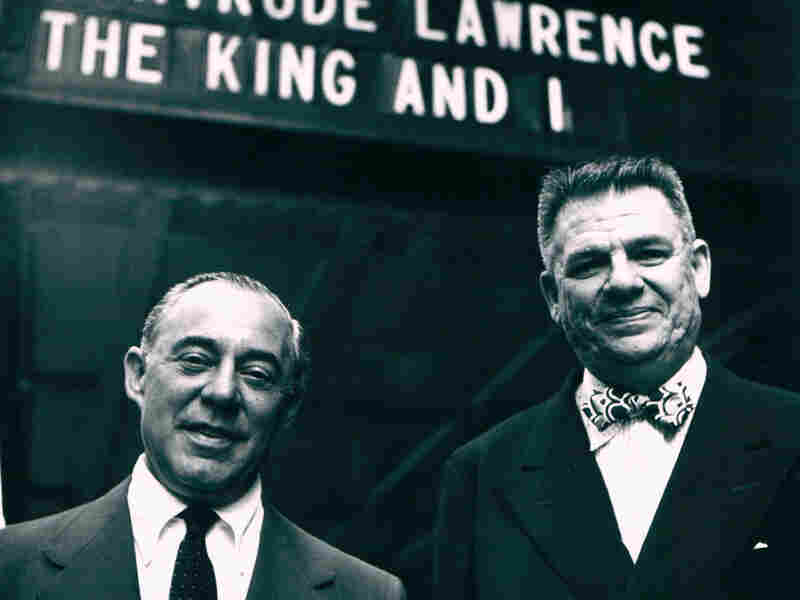 The partnership between composer Richard Rodgers and Oscar Hammerstein II began in 1943 with Oklahoma! and included 1951's The King and I. From 'The Hammersteins'/Copyright Black Dog and Leventhal hide caption

toggle caption
From 'The Hammersteins'/Copyright Black Dog and Leventhal 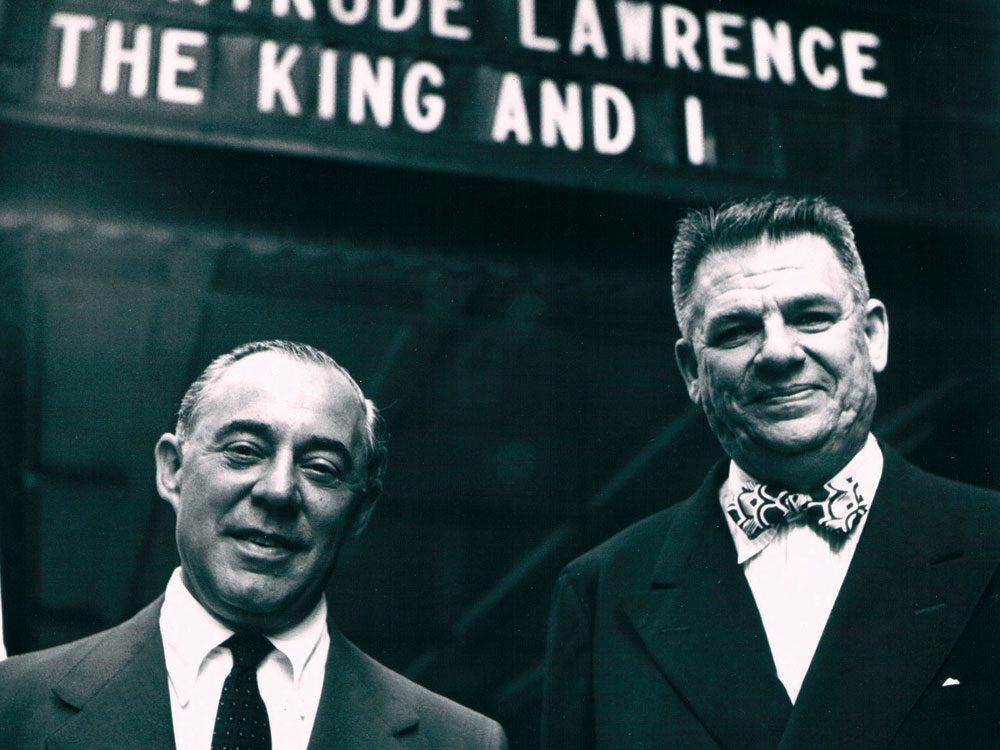 The partnership between composer Richard Rodgers and Oscar Hammerstein II began in 1943 with Oklahoma! and included 1951's The King and I.

From 'The Hammersteins'/Copyright Black Dog and Leventhal

The last innovation isn't so much a convention as an example of musical theater at its best: the soliloquy from 1945's Carousel.

"It tells a story and takes a plot around many different corners and drops you off very far from where the song starts," Hammerstein says. "That's an art form, to be able to do the sung story in such a way that you turn so many corners."

Musical theater experts are likely to connect these conventions with Hammerstein II's legacy, but anyone else is more likely to know him for his extraordinary partnership with composer Richard Rodgers.

The pair first teamed up for 1943's Oklahoma!, an adaptation of Lynn Riggs' Green Grow the Lilacs. Hammerstein II wrote the lyrics over several days and then gave them to Rodgers to write the musical score, which he literally began writing on the cab ride home.

"Oscar [was] livid," Hammerstein says. "He goes, 'Here I work for weeks and this guy takes a cab ride and the music just comes right out of him.' But I think Richard Rodgers was quoted as saying that the music just wrote itself. The words wrote the music for him. It made his job completely easy." 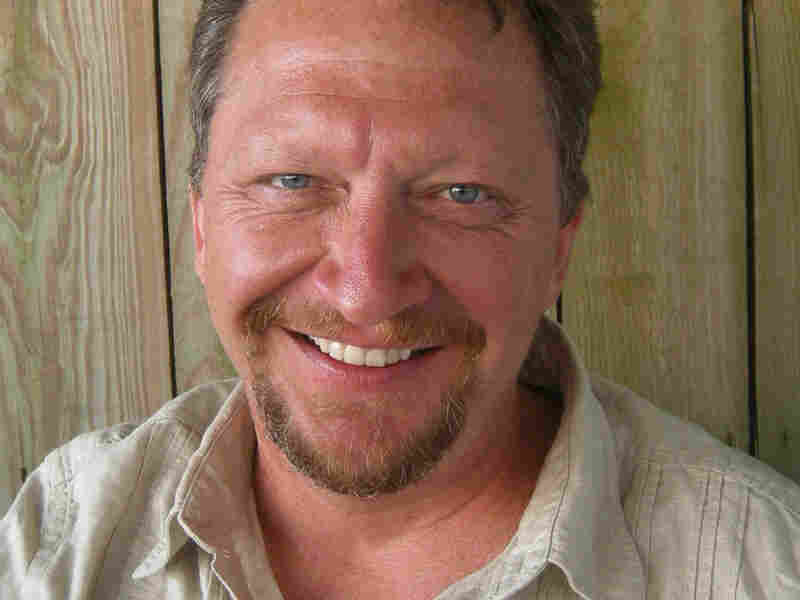 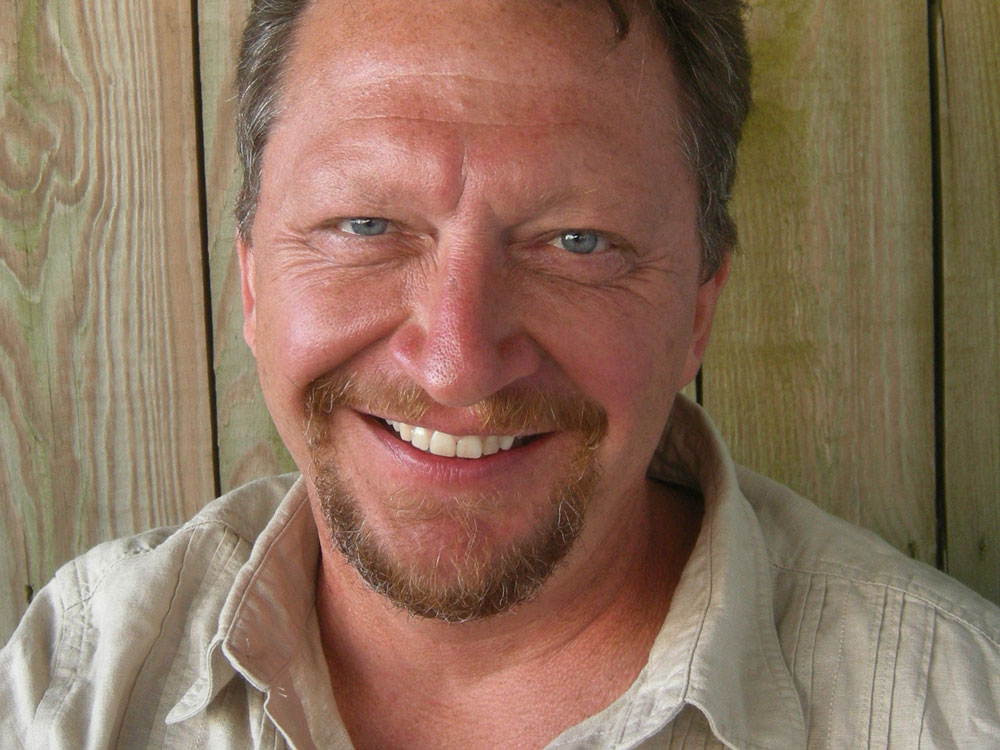 Still, not every Rodgers and Hammerstein show was a hit: 1947's Allegro could be fairly called a flop. But Hammerstein knew how to find the silver lining in his failures.

"He was quoted as saying you learn much more from a flop than a hit because it's hard to learn anything when everyone is praising you to the skies on those opening nights when everything is going well," Hammerstein says.

Hammerstein II challenged his audiences by breaking taboos in 1949's South Pacific and 1951's The King and I­ with stories of interracial romance. And despite the controversy, both his songs and his stories have endured.

Hammerstein says it's no secret why his grandfather's shows have stuck around for so long.

"The reason why they're so popular is because the story is the organic center around which everything else revolves," he says. "Oscar was very clear about the narrative being the most important thing, and everything else follows from that. He [was] a storyteller."

In stark contrast to his namesake grandfather, for young Oscar II, home provided refuge and peace of mind:

I have [peace of mind] to an amazing degree compared to all other people I know. I have always had this somehow. I have never been harried pr extremely worried except for temporary, specific causes. In a confused world I am confused, but I am not thrown into a panic by confusion. I am not unduly distressed by it. I can take confusion and imperfection in my stride.

Although his family's magical world of opera and vaudeville initially frightened young Oscar, his fear soon turned into fascination.

It was during these days in Harlem that I started going to the theatre. My grandfather had several years before this built two theaters there. One was called the Columbus, and the other was the Harlem Opera House. He had given opera there for a short time. They were now sort of subway circuit houses. They didn't call it the subway circuit in those days because there was no subway, but it was kind of a second-run place, and after the shows had exhausted themselves on Broadway they came up to Harlem, where they found an entirely different population.

Oscar pinpointed the day -- October 5. 1903 -- that he was actually bitten by the theatre bug. During a performance of The Fisher Maiden at the Victoria, in its pre-vaudeville days, in a scene in which the blue lights of midnight bloomed into the pink lights of dawn, Oscar floated across the footlights, never to return.

But Willy had wanted better for his son Oscar. (Reggie, not so much.) Oscar attended Columbia University, with the clear understanding that he study to become a lawyer. But while he studied prelaw, the siren call of the stage echoed through the Columbia ivy. Oscar soon joined the Varsity Players, performing skits and contributing songs:

My first stage experience came when the Columbia University Players Club produced the show 'On Your Way.' I wasn't writing but played a comedy role. That was in 1915 and I obtained the part by a competition, the show being cast in a competitive scheme that was open to all university students. The following year I was cast in the leading comedy role in the show 'The Peace Pirates.' I recall that I did my first writing at that time, inserting one scene in the show that was a Shakespearean travesty. When the time passed for the next university production I wrote it, the piece of being called 'Home James.' I not only supplied the book and lyrics but enacted the principal comedy role. 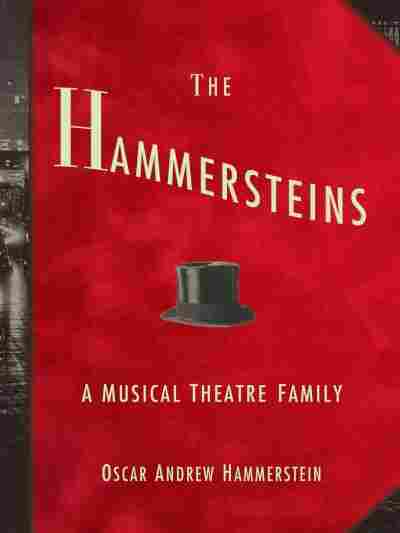