Accessibility links
'Primrose': 44 Years Later, Still Sharp As Thumbtacks Evening Primrose, Stephen Sondheim's made-for-TV musical about a poet and the girl he discovers living after hours in a department store hasn't been been televised since its 1966 premiere. David Bianculli says the musical, out Tuesday on DVD for the first time, showcases Sondheim's "early brilliance." 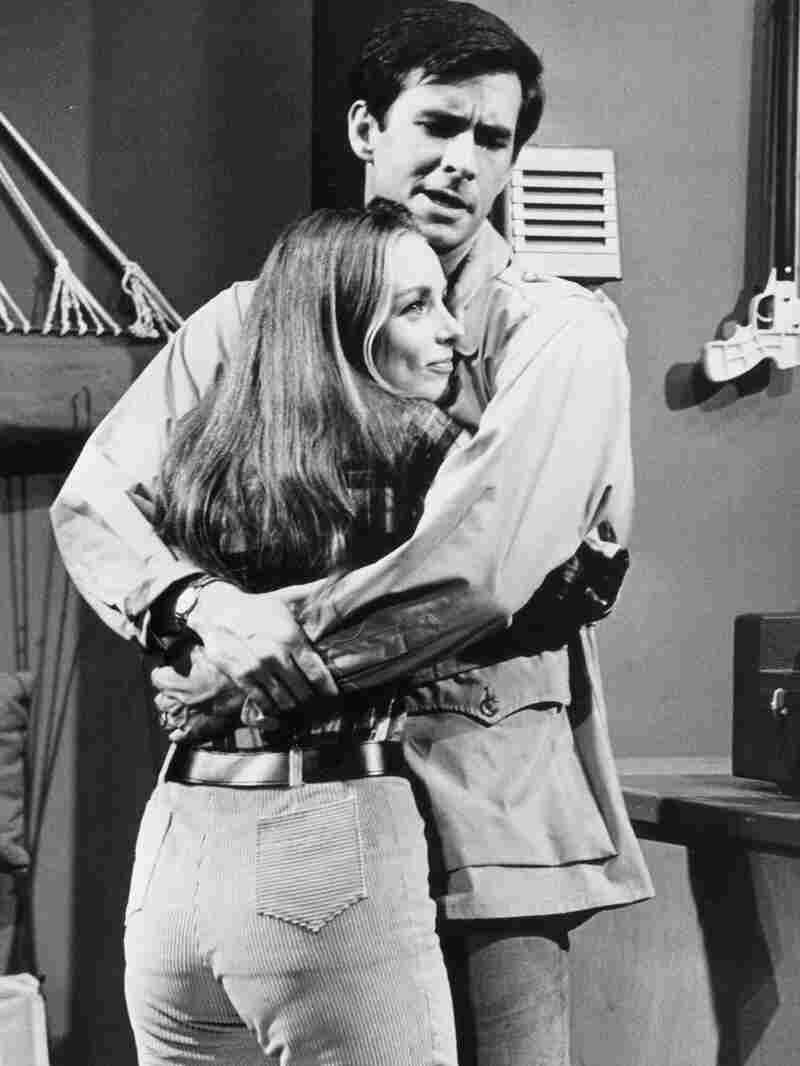 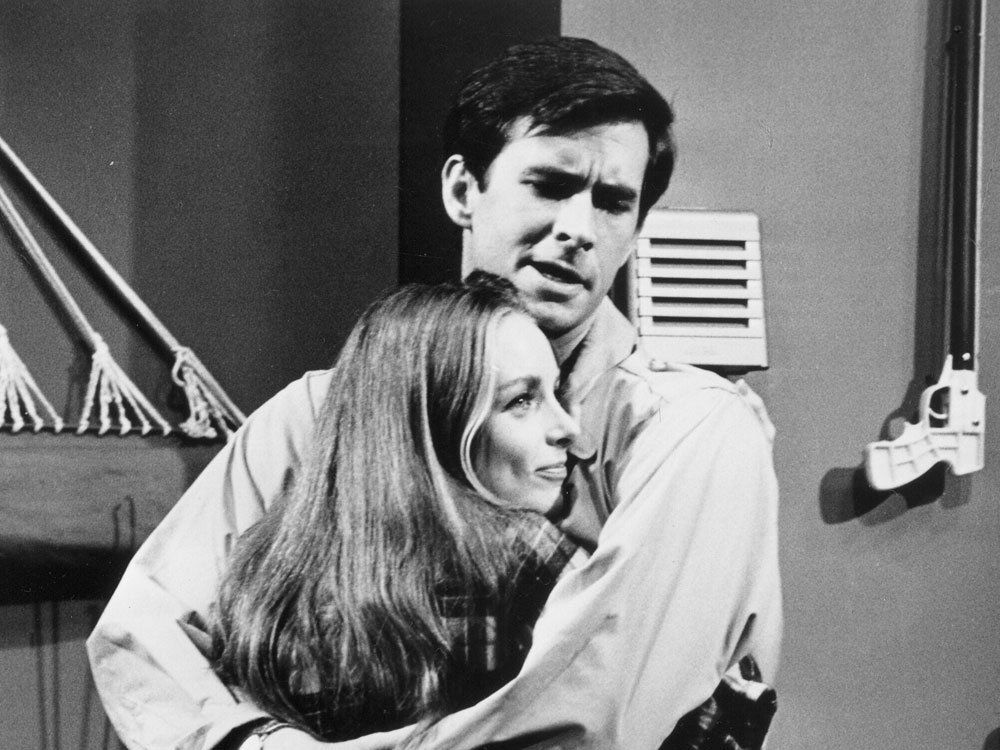 Lots of excellent TV is being presented this week. The third-season premiere of In Treatment on HBO and the premiere of The Walking Dead on AMC are just two examples of top-notch shows.

But no new television event, to me, is quite so exciting as this week's DVD release of Evening Primrose, which hasn't been available since ABC presented it in the fall of 1966 -- 44 years ago.

Evening Primrose is kind of a Twilight Zone episode set to music. And that makes sense, since it's based on a short story by John Collier, whose creepy, fanciful tales inspired not only episodes of The Twilight Zone, but a handful of Alfred Hitchcock Presents installments as well.

Evening Primrose is about a young poet in New York City who decides to avoid both pressure and rent by moving into a department store, hiding during the day and living there rent-free at night. It turns out he's not the first to have that idea -- and the other residents have some very firm opinions about who gets to stay, and how to dispose of those who don't.

Composer Stephen Sondheim was attracted to this story by motivations other than pure inspiration. At the age of 36, Sondheim already had written the lyrics for West Side Story, Gypsy, and Do I Hear a Waltz?, plus the music and lyrics for A Funny Thing Happened on the Way to the Forum -- which was a hit -- and Anyone Can Whistle, which wasn't. His envelope-pushing triumph Company was four years in the future.

Sondheim was working with writer James Goldman on a show that eventually would become another classic, Follies, but Goldman's wife was about to have a second child -- and Goldman needed rent money for a larger apartment. So Sondheim approached the producers of Stage 67, which had announced its intention to present a prime-time weekly arts series, and asked if they wanted an original musical from Goldman and him.

Presto! Evening Primrose was born, with Sondheim's friend Anthony Perkins -- six years after Psycho -- playing Charles, the poet who takes up residence after hours in Stern's Department Store. You know from the start -- the very start -- that this is pure, clever Sondheim. The opening song gets its tempo from Charles -- from his frightened heartbeat -- as he hides away, listening as the night watchman turns off all the lights and leaves. And then it begins: "Is it done? Are they gone? Am I alone? I'm alone. It's done. They're gone."

Evening Primrose was televised in color, but no master tapes survive. Even so, this new release is copied from a recently discovered and restored black-and-white print that is infinitely clearer, and better, than that bootleg copy that has been rumored to be circulating among Sondheim fans for years. In fact, the packaging on this DVD release deserves special mention: Not only are there extras on the DVD, but it comes with a 28-page booklet with the show's entire history, written by TV historian Jane Klain of The Paley Center for Media. With this release, Evening Primrose finally gets the respect it deserves.

And boy, does it make a case for the early brilliance of Sondheim. When co-star Charmian Carr, as a young woman who has lived in the store since she was 6, sings longingly of the outside world, every comparison she makes is to a piece of store merchandise. And in the finale, when she's begging in song to be taken by Charles into the world, he speaks up, then sings up, to disagree.

Their duet is intense and amazing -- and, after almost half a century, it's available again.