Accessibility links
Pot Legalization Divides California's Black Voters If passed, Proposition 19 would legalize the recreational use of marijuana. The state's NAACP has endorsed the measure, saying it's a civil rights issue. But a Sacramento preacher who is encouraging voters to reject Proposition 19 says drugs are tearing the black community apart.

Voters across California are divided on the issue of legalizing the recreational use of marijuana, but the division is especially true for black voters throughout the state.

The California NAACP is endorsing Proposition 19. But some black religious leaders fear that passing the ballot measure would only hurt already struggling communities.

Rates Of Marijuana Possession Arrests Among Whites And Blacks In 25 Major California Cities, 2006-08

In California, blacks are more likely than whites to be arrested for marijuana possession. According to a study, arrest rates in cities and counties throughout the state are racially biased because police departments tend to focus on "high crime" neighborhoods that are "disproportionately African-American and Latino." The study was conducted by Harry Levine of Queens College, Jon Gettman of Shenandoah University, and Loren Siegel of LS Consulting.

Alice Huffman stands on a busy corner in Sacramento's Oak Park neighborhood. As president of California's NAACP, Huffman knows this historically black area has seen a lot of crime and gang violence.

But she sees signs of hope: a new coffee shop and a local bookstore. If Proposition 19 passes, Huffman says, it will help improve the area even more.

"Once this drug is legalized, there'll be no need for these little gangbangers to be out here, killing each other over drug turf, over the cash that they get. Maybe we can take that money and give them some training and give them some jobs," Huffman says.

Huffman considers legalizing marijuana a civil rights issue. She cites a study from a pro-Proposition 19 organization, the Drug Policy Alliance. It found that marijuana arrests are much higher for African-Americans than whites in California. The data show that in Sacramento, blacks are almost six times more likely to be arrested for pot possession. And in the city of Pasadena, near Los Angeles, the rate is 12 times higher.

'We Have Enough Dope'

Bishop Ron Allen has been fighting drug abuse in Oak Park for years. Founder of the International Faith Based Coalition, he opposes Proposition 19.

"I don't believe that the blacks are targeted. I need to say that upfront," Allen says.

He says most blacks are not in jail over pot charges, so legalizing marijuana will not fix racial inequalities in the justice system. 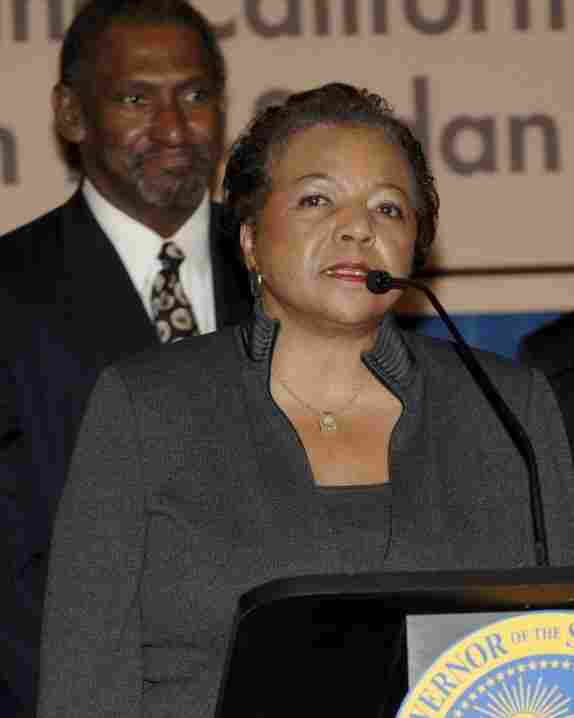 "I believe that the crimes are happening within our community, and we have to get that turned around with education and job training and job placement," Allen says.

Walking around Oak Park, Allen points out boarded up buildings across the street from the very same coffee shop that NAACP leader Alice Huffman saw as a sign of hope. He says if marijuana is legalized, it could undermine the progress on revitalizing the neighborhood. As a former drug addict, Allen says, he should know.

"We do not need another Schedule I illicit drug legalized in the Oak Park area. We have enough dope," Allen says.

Lateka Stanley, who mentors Sacramento-area teens, accompanies Allen on his walk around Oak Park. Many of the teens Stanley mentors are at risk of dropping out of high school. 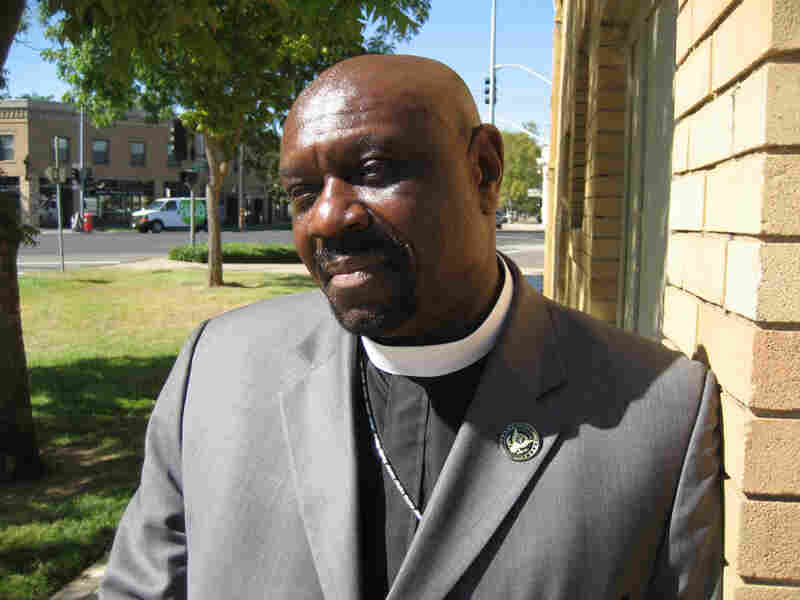 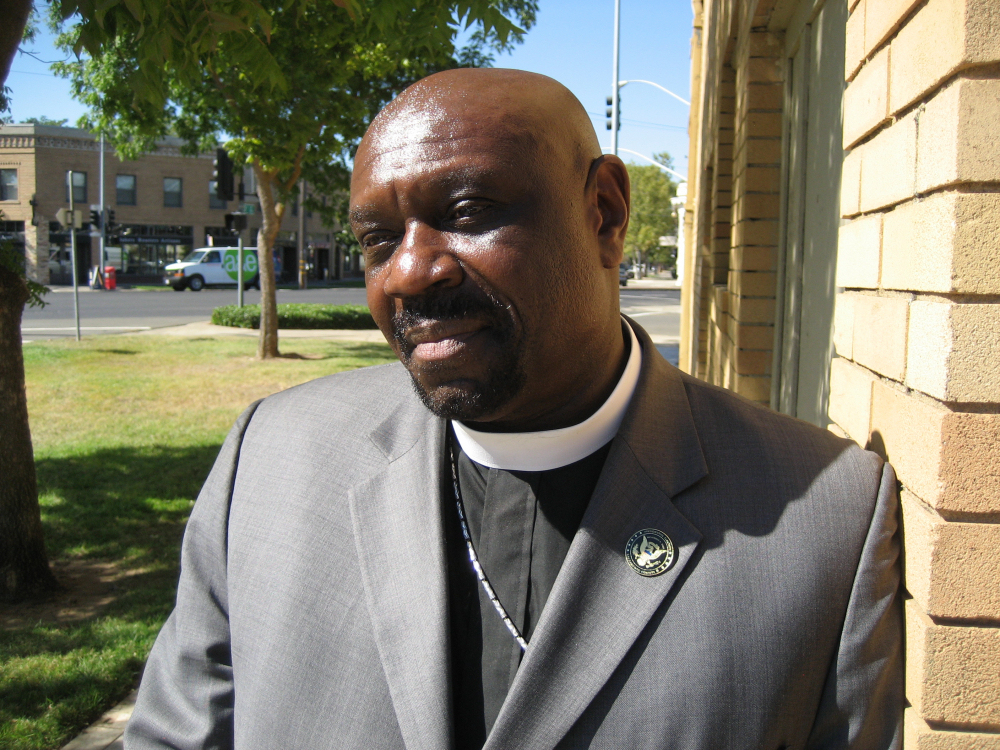 "Any young person that I see on marijuana is less productive than they would be if they were not on it. It's as simple as that," Stanley says.

A Matter Of Race?

Outside of Oak Park's trendy new coffee shop, Phil Jones, who grew up in the neighborhood, says he smokes pot and is still productive. He has never been arrested for it but knows a lot of black people who have had run-ins with the police for marijuana possession.

"Well, there's always some discrimination when a lot of African-Americans come together, and they always are stereotyping, thinking you are in a gang or you've got drugs on you, especially in the Oak Park community," Jones says.

But one cafegoer grabbing a quick lunch, Vonnie Collins, has a different take on Proposition 19. She says it's stereotypical to make it into a race issue.

"I think it's focused more on the black community for whatever reason, but I think that it will have an adverse affect on all communities no matter what their racial background," Collins says.

As to how she will be voting, Collins says she has not made up her mind just yet.