Accessibility links
Iraqis Hope WikiLeaks Shed Light On Brutal Past In Iraq, reaction to the WikiLeaks documents has focused mainly on allegations of wrongdoing by Iraqi officials. But as details are revealed, Iraqis anticipate the documents will hold some answers to long-unresolved questions. 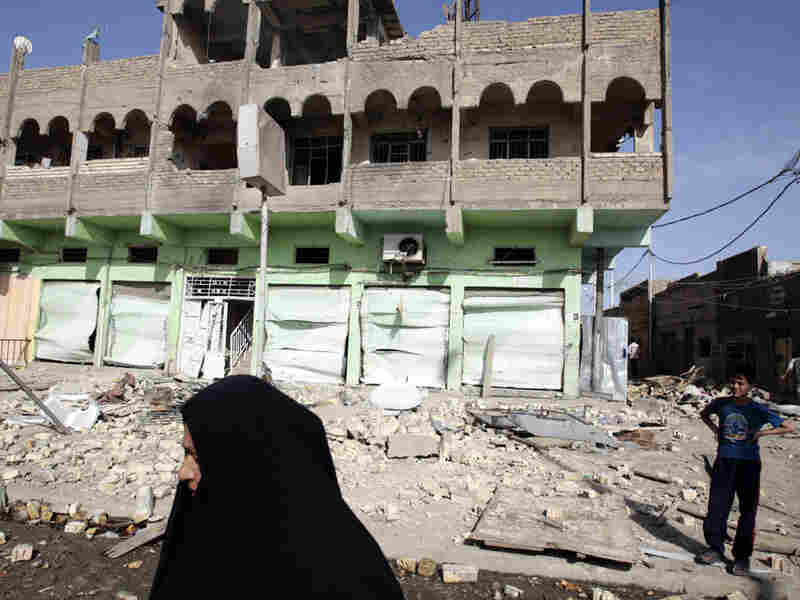 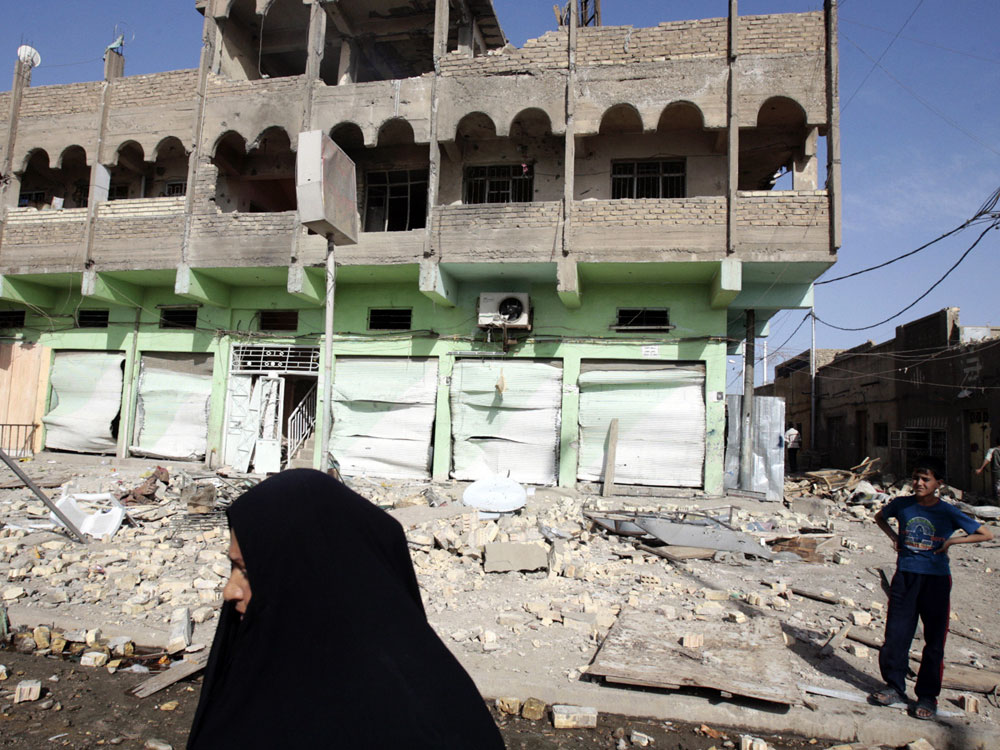 Iraqis inspect the site of an alleged U.S. airstrike in Baghdad's Sadr City, March 29, 2008. Last week, the website WikiLeaks released nearly 400,000 once-secret U.S. military field reports related to the war in Iraq that may provide answers to many unanswered questions.

In Iraq, reaction to the WikiLeaks documents has focused mainly on allegations of wrongdoing by Iraqi officials. But Iraqis are beginning to wonder if the documents might hold some answers to long-unresolved questions.

The documents are actually "sigacts," which is military-speak for "significant actions." Much like a police report, a sigact is keyed into a computer right after a violent incident. Many sigacts are no longer than a paragraph.

In October 2006, after U.S. soldiers responded to reports of a robbery in a Sunni neighborhood of Baghdad, the sigact read: "Patrol stops pick-up truck occupied by 17 local nationals in Iraqi army uniforms, orders detention of all 17 individuals."

The description sounds straightforward -- until this interesting line: "Detainees claim to be Iraqi special forces working for the prime minister's office."

At the time, Iraq was in the middle of a bloody sectarian war. It was widely believed that members of the Shiite-dominated government of Prime Minister Nouri al-Maliki controlled violent gangs that targeted rivals in Sunni neighborhoods.

Allegations such as these are the main focus of the WikiLeaks news coverage in Iraq, where Maliki is still the prime minister.

On one news talk show, a Maliki spokesman says the prime minister's political opponents are just looking to shame him. Other officials have gone so far as to say the documents were faked by using Photoshop software.

The documents offer countless reports of abuse and torture of Iraqi detainees by Iraqi soldiers and police. Iraqi officials have vowed to investigate. But they also say most of the cases are old.

Many Iraqis say torture is still a regular part of life.

One soldier, who didn't want to give his name for fear of losing his job, says two months ago he watched as nearly 20 soldiers brutally beat an insurgent who had confessed to booby-trapping a house and killing eight Iraqi troops.

"It started with slapping him on the face and punching him. And he fell on the ground. And they started beating him and kicking him with their boots, smashing his ribs," he says.

They smashed his face as well. It only took minutes for the suspect to die. Another officer confirmed the insurgent was killed by Iraqi soldiers but denied he was beaten.

Either way, with abuse like this still common, many Iraqis' reactions to the WikiLeaks documents has been indifference and resignation. Torture and death are nothing new in Iraq.

Others say it's important to have a record.

Help In The Search For The Truth

Sajad and Du'a are two Iraqi children who survived an attack by an American helicopter that appeared in two sigacts in 2007.

Their father did not survive. He had stopped his van to help two wounded Iraqi journalists who later died.

The attack was captured on a military video and released by WikiLeaks earlier this year. The children's uncle, Sattar Um Tashar Tuman, says it is important to finally know the truth of what happened that day.

"For me, of course, I would say it's something very good, because I would see my brother in the accident, and I would feel OK, relieved whenever I seeing the video. I would know the truth," he says.

The truth is something many Iraqis are still searching for: the wife who disappeared; the son whose body was never found. These new documents might hold some answers.

For now, WikiLeaks has redacted all names from the sigact database that is available online. But news outlets were given the full database, and some names are beginning to trickle out.

Data Could Be Dangerous

Saad Eskandar, head of the Iraq National Library and Archives, says he is trying to persuade the U.S. government to release another trove of documents. These detail atrocities during the Saddam Hussein era.

Eskandar says much of this database would be accessible to Iraqi academics and lawyers, but not to average people. He says while people have the right to know what happened to their relatives, how they might act on information from the Saddam data or the WikiLeaks data could be dangerous.

"If these records mention names of those who killed or the name of this battalion of this army units, or police, this will lead to social chaos, we don't want this," he says.

As one Iraqi put it, "In our country, we don't sue someone when we feel like we've been wronged. We take revenge."