Accessibility links
Nneka: Soulful Sounds From Lagos The Nigerian singer opened for Nas and Damian Marley earlier this year, but she's now playing to her own large crowds. Nneka and her band join KEXP's Jon Kertzer for a studio session and interview. 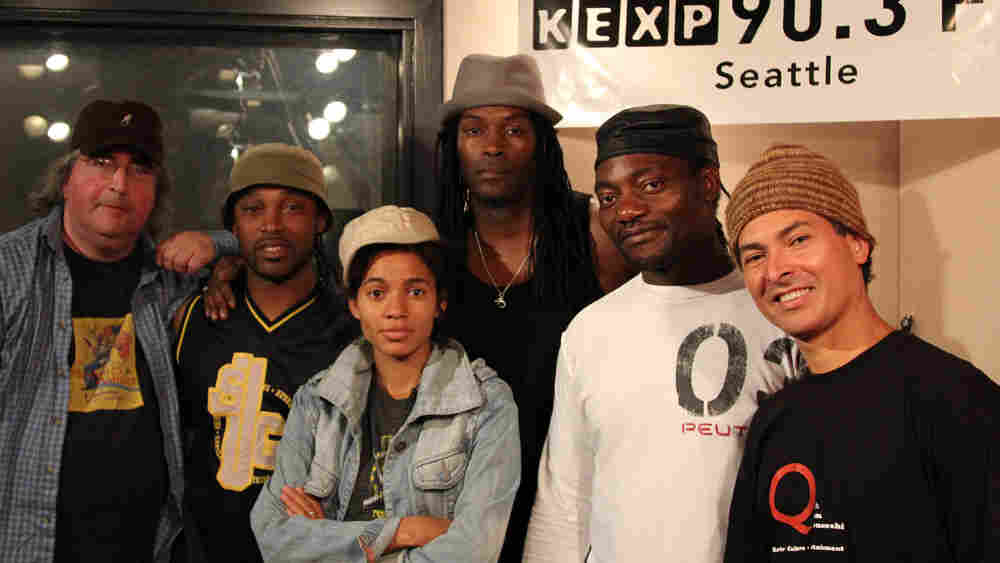 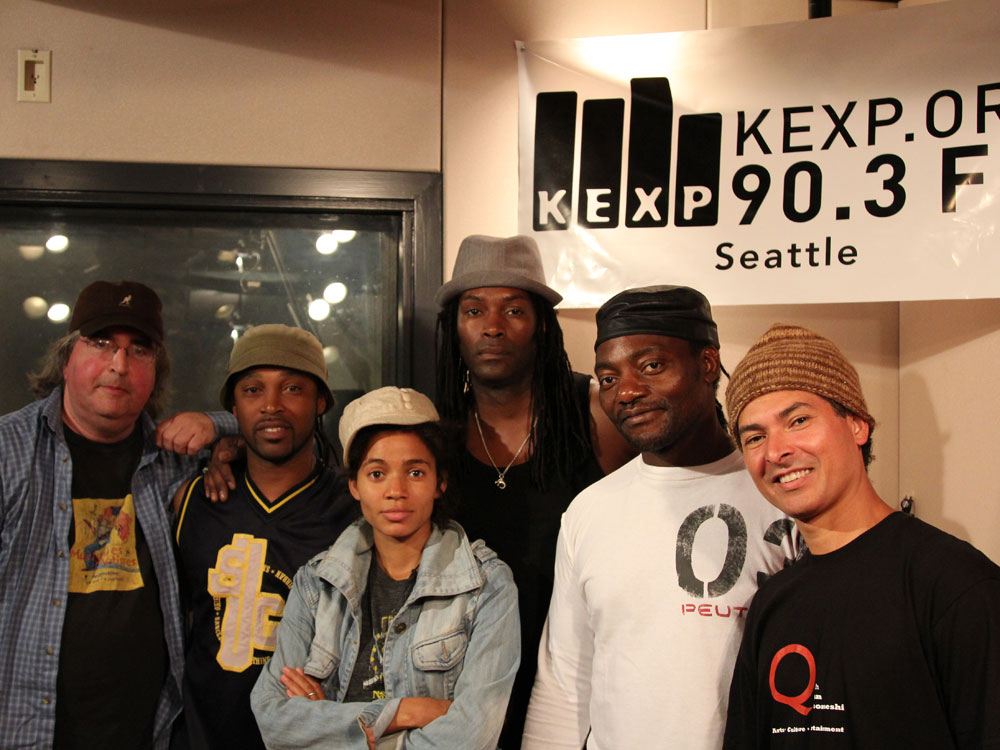 Nneka and her crew performed on Jon Kertzer's show, "The Best Ambiance," on KEXP in Seattle.

Nneka is part of the next generation of great African singers. Born in the Niger Delta region of southeastern Nigeria to a Nigerian father and German mother, she grew up with myriad influences -- from the reggae of Bob Marley and Afrobeat of Fela Kuti to the new sounds of American hip-hop and rap. She combines it all into her own neo-soul sound, which she developed in Germany with producer DJ Farhot.

Already a star in Europe, and having played many of the major music festivals there for the past five years (I first heard her in the U.K., headlining at WOMAD in 2009), Nneka has only recently started to tour in the U.S. After joining the Nas-Damian Marley "Distant Relatives" tour earlier this year, Nneka came to Seattle in August for her first headlining show.

Her excellent band is truly international, with members from Brazil, Cameroon and the U.S., and they back her up in four songs here, including two from her new album, Concrete Jungle. Nneka's songs touch on various issues, both personal and political -- "Suffri" deals with the Niger Delta's constant oil-related environmental catastrophes, for example. Soft-spoken yet intense in her passion for words and music, Nneka performs a set of powerful songs during her first visit to KEXP. She's a commanding presence well beyond her years, so it's no surprise that she's won over audiences around the world.