Accessibility links
Tony Allen On World Cafe : World Cafe Recognized as one of the most influential drummers of our day and the heartbeat of Afrobeat, Allen incorporated his innovative bass drum patterns in the music of Fela Kuti's revered band Africa '70. The 70-year-old musical giant continues to make music today. 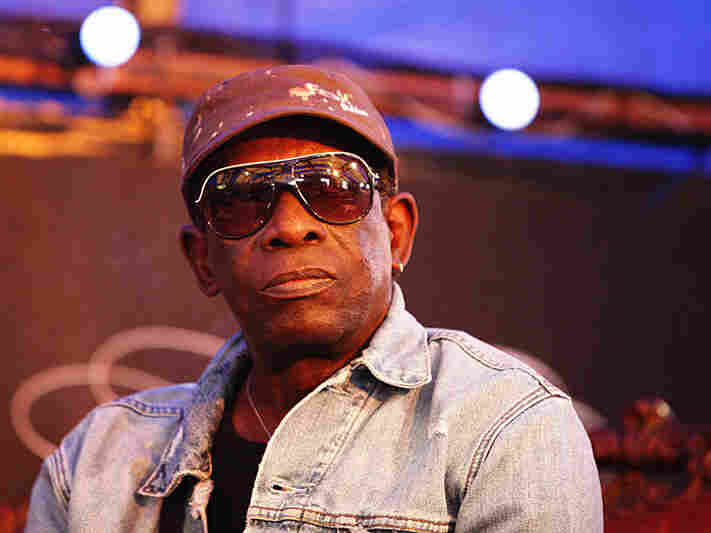 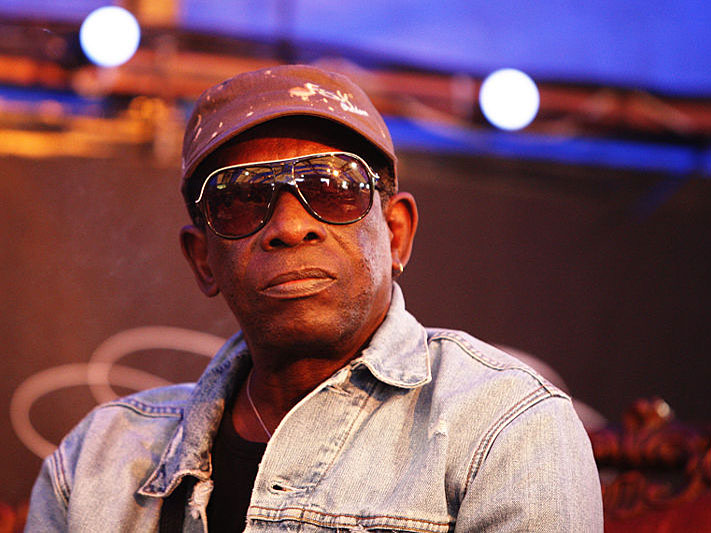 Nigeria's Tony Allen is recognized as one of the most influential drummers of our day. Teaming up with Fela Kuti in the 1960s and '70s, he created the extremely political and popular jazz-funk genre, Afrobeat, which continues to live on in various forms.

Despite parental opposition towards his desire to pursue a career in music, Allen picked up the drum-kit when he was 18 and worked incredibly hard to realize his dream of becoming a professional musician. When he wasn't working as an engineer for a Nigerian radio station, he was training himself to play drums like American jazz greats such as Art Blakey and Max Roach. Influenced by traditional Yoruba music, juju, highlife and jazz, Allen developed a style uniquely his own by merging American influences with Nigerian and Ghanaian styles. His innovative bass drum patterns were dynamic and complex, making it seem as though multiple people were playing the drums at once; a technique that later caught the eye of Kuti, who welcomed Allen as his drummer for the retitled band Africa '70. Together, Allen and Kuti recorded more than 30 albums together.

Though Allen left Africa '70 by 1979, he quickly moved on to work with other groups such as his own Afro Messengers and the Mighty Irokos. As a world performer, he has collaborated with the likes of Randy Weston, Charlotte Gainsbourg, Air, Groove Armada and more.