Accessibility links
Finding The Best Of The Bands On The Beatles' Label Apple Records released 31 albums and 52 singles from younger acts it hoped would flourish. Ed Ward reviews Come And Get It: The Best of Apple Records, a collection of the label's remastered and re-released tracks. 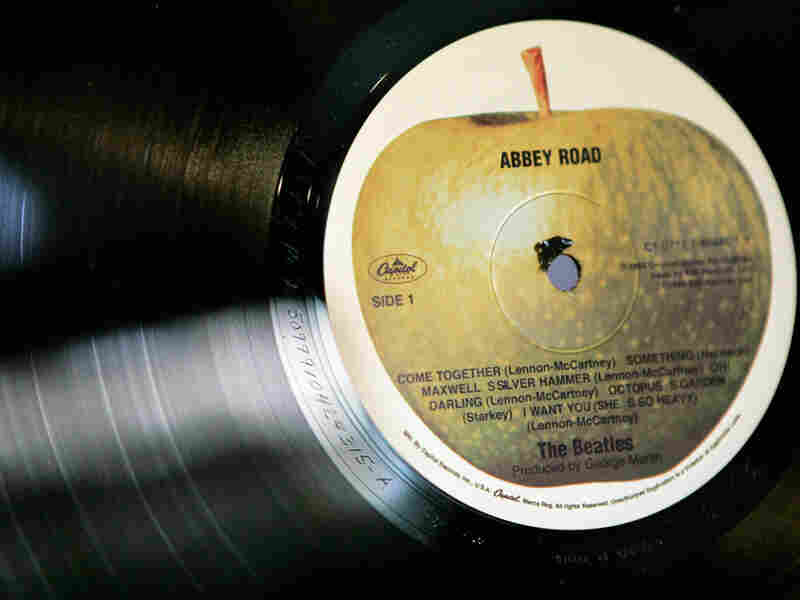 The Beatles' Apple label, as seen on a copy of Abbey Road. Apple not only released The Beatles' own records, but also looked for younger acts the band hoped would flourish. Don Ryan/AP Photo hide caption 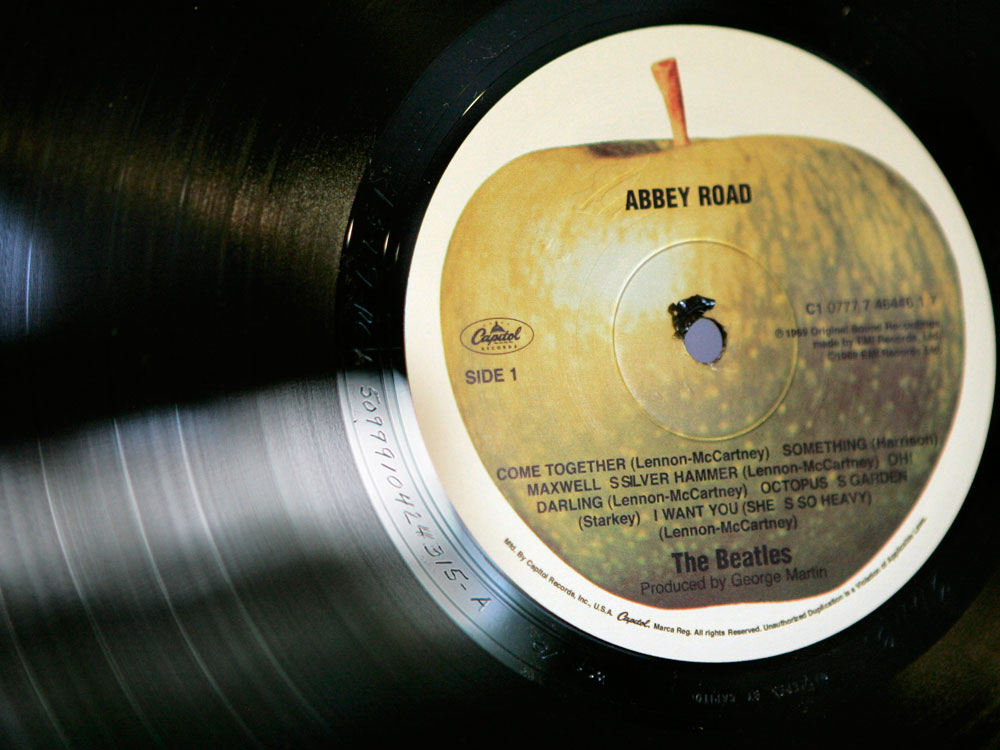 The Beatles' Apple label, as seen on a copy of Abbey Road. Apple not only released The Beatles' own records, but also looked for younger acts the band hoped would flourish.

Here's a bit of Beatles trivia for you: The first single on Apple Records was by Frank Sinatra. According to the discography I have, Apple's first release was "The Lady Is a Champ" and "But Beautiful," pressed on one side. Only one copy supposedly exists, and it's very likely in the hands of the former Maureen Starkey, Ringo Starr's wife at the time. He thought it would make a great birthday present for his wife, and Sinatra agreed. Apple's second single, though, was unfortunately a worldwide smash: "Those Were the Days."

Ingenue folksinger Mary Hopkin was a Paul McCartney discovery, and if Beatles fans were shocked that he'd produced such a sentimental piece of schlock, they hadn't been paying attention. But sentimentality was in the air, as was obvious from another early single with which McCartney had nothing to do, by a Welsh band called The Iveys.

The Iveys' "Maybe Tomorrow" was a flop everywhere except Holland, but Apple believed in the band, changed its name to Badfinger and had a huge hit a year later with "Come and Get It," written and produced for the band by McCartney.

Apple Records released 31 albums and 52 singles from younger acts it hoped would flourish. Many are sampled on Come And Get It: The Best of Apple Records, a collection of the label's remastered and re-released tracks.

Some of the singles Apple put out defy logic: Why would The Beatles release a soundalike cover version of "Golden Slumbers" and "Carry That Weight" from the Abbey Road album by a Scottish band called White Trash -- hastily changed to Trash after protests from radio and retailers? At least John Lennon was displaying a sense of humor when he had the company release a cover of "Give Peace a Chance."

The engagingly weird rewrite was also from an odd source: The Hot Chocolate Band, which later became Hot Chocolate and had smash after smash, including the memorable "You Sexy Thing." Another odd release was "Saturday Night Special," by veteran Cajun accordionist Lionel Cormier's band The Sundown Playboys, who'd been going at it since 1945.

The story was that Cormier's teenage son heard that Apple was looking for acts and mailed the band a copy of the single, and that either George Harrison or Ringo Starr decided to release it. It was their label, and they were having fun with it, so why not?

Well, one reason was that nobody was really looking after the money, and that the recording studio they were building was eating up a lot of it. They were also hiring expensive help: Phil Spector was hired to scout American talent out of Apple's New York office, as well as to ruin what became the Let It Be album. There was an upside to this, though: the track "Try Some Buy Some," probably the best Apple single that never saw a full album.

At once grandiose and gorgeous, the George Harrison song gets great production from Spector, not least because the vocalist is his wife Veronica, of The Ronettes.

Apple Records outlived The Beatles as a group, but the label's best-known releases were albums. Apple set the pattern for independent and artist-owned labels, and as a few of the singles on Come and Get It show, it was more than just an indulgence.

Album
Come and Get It: Best of Apple
Artist
Variety
Released
2010