Accessibility links
Bassekou Kouyate On World Cafe : World Cafe The father of the modern day ngoni has brought the instrument and its history to the forefront of Mali's musical culture. Kouyate has put together his own band of four ngoni players, and you can hear them perform their playful music live. 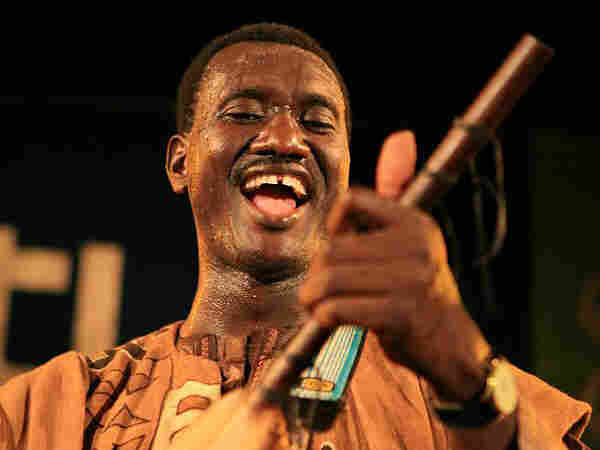 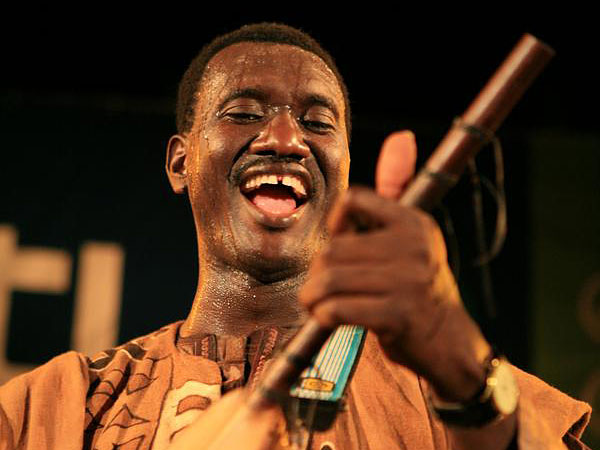 From the moment he picked up the ngoni (a stringed lute popular in Mali) at age 12, Bassekou Kouyate was destined for greatness. Originally from Garana, he moved to the capital Bamako in the late 1980s, and it was in Bamako that Kouyate found great opportunities to play the ngoni professionally. Kouyate often would strap the ngoni over his shoulder like a guitar, a seemingly insignificant approach that proved very controversial, challenging traditional practices. Since then, his technique has become widespread, encouraging young ngoni players to experiment with the instrument and make it sing in new and interesting ways.

Kouyate continues to shape ngoni playing in ways people had never imagined, even inventing a bass ngoni that plays lower pitches, as well as manipulating traditional ngonis with extra strings. As the father of the modern day ngoni, he has brought the instrument and its history to the forefront of Mali's musical culture.

Moving on to play with Toumani Diabate, Keletigui Diabate, and Bela Fleck, he ended up touring most of Europe in support of these collaborative albums. But putting these collaborations aside, Kouyate put together his own ngoni quartet,  Bassekou Kouyate & Ngoni Ba. The band released its first album, Segu Blue, in 2007, and it quickly became an award-winning international hit. Three years later, Kouyate returned with I Speak Fula, a playful fun-filled album that again displays his virtuosity.