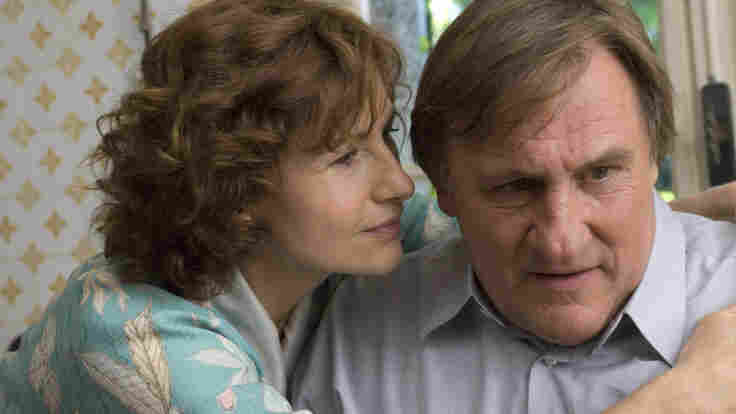 Busman's Honeymoon: Police detective Paul Bellamy (Gerard Depardieu) has been convinced by his wife, Francoise (Marie Bunel), to take his first vacation in years. But an unruly half-brother and a spiraling local mystery lure Bellamy away from his R&R and into a web of betrayal and murder. Moune Jamet/IFC Films hide caption

In French with English subtitles.

'What's Been Going On Here?'

The director Claude Chabrol, who died aged 80 in September, had the kind of uneven career that often accompanies a staggeringly prolific output; his skewering of the Gallic bourgeoisie  -- a national sport among French filmmakers  -- was mostly brilliant, but sometimes supercilious. His 50th and final work initially struck me as minor Chabrol, and certainly Inspector Bellamy, a policier starring Gerard Depardieu as a detective playing hooky from his own summer vacation, doesn't rank with the director's best films (Le Boucher, La Ceremonie, Merci Pour Le Chocolat). But this slow, character-based procedural richly repays a second viewing.

Chabrol often used genre to dig deep into the dirt beneath the complacency of the affluent, and Inspector Bellamy, a fairly humdrum murder mystery with much to say about human depravity, is no exception. That the film's most profound revelations hinge on the murky temperament of the cop, not the suspect, only adds to its baleful magnetism.

Aside from some churlish remarks he recently made about the actress Juliette Binoche, we haven't seen or heard much from Depardieu in recent years. So it's nice that he returns here in fine (not to mention majestically ample) form as Bellamy, a celebrity detective who, while on his annual holiday with his beloved wife, Francoise (Marie Bunel), at her family's country estate, can't resist muscling in on the investigation of a local insurance scam and the killings that pile up on its sidelines.

The film's unfolding tale of passion-driven perversion  -- about which all I can tell you without spoiling is that it involves one actor (Jacques Gamblin) playing three parts in ascending order of creepiness; two lithe young minxes who may or may not be lying; and a defense lawyer given to singing George Brassens ballads in court -- is less compelling than the drama that plays out in Bellamy's household, and in his own tortured mind. Which, given that the plot is torn from French headlines while the characters are made up, tells you something about the truth-telling supremacy of art over life. 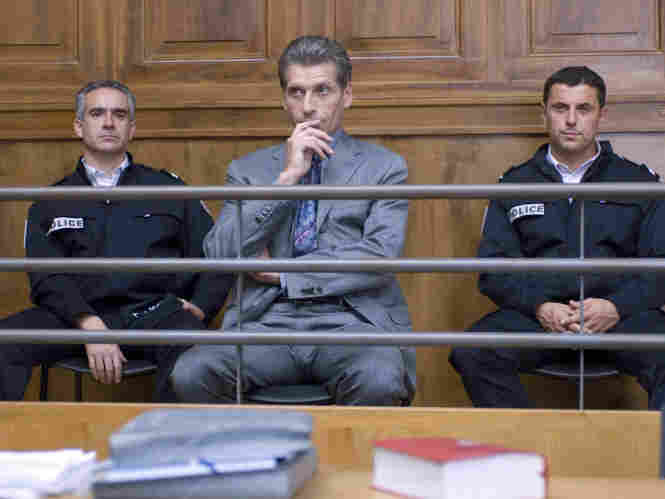 After one man (played by Jacques Gamblin, center) confesses to a series of bizarre crimes, Bellamy embarks on a quest to distinguish truth from falsehood. Moune Jamet/IFC Films hide caption 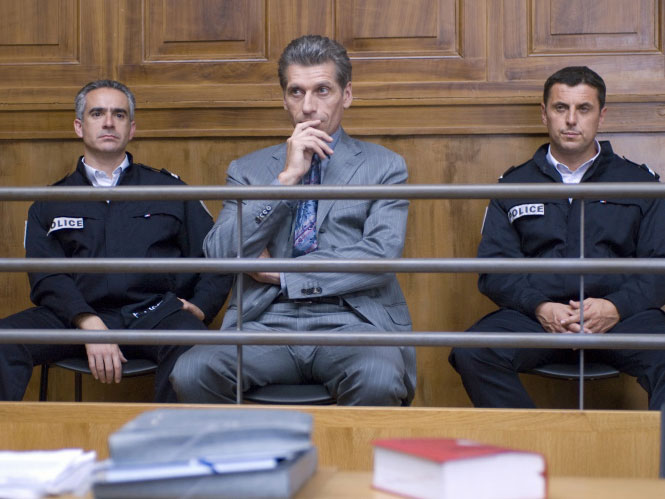 After one man (played by Jacques Gamblin, center) confesses to a series of bizarre crimes, Bellamy embarks on a quest to distinguish truth from falsehood.

Before he died, Chabrol admitted to drawing a little on his own iconoclastic character, and a lot on that of his lead actor, to create Bellamy, a Maigret-like figure who's as brusquely unequivocal on law and morality ("It's bad to kill people," he tells a suspect without moving a muscle) as he is tormented by guilt and self-doubt in his private life. A mass of magnificent contradictions, Bellamy is an adoring husband, but his enormous gut, his love of the bottle and his understated leer in the presence of pneumatic young femmes also betray appetites barely held in check.

Nor does this stickler for the law lack for violent impulses himself. When Bellamy's bad seed of a brother (a very good Clovis Cornillac) shows up for a visit, he arouses in his ambivalent host long-dormant suspicions and a rage that disrupts his unruffled professionalism, all of it tangled up with a palpable love for his handsome, wounded sibling.

Inspector Bellamy is dedicated to the memory of two famous Georges: the drily ironic singer Brassens, and Georges Simenon, whose crime novels go for the jugular of bourgeois France -- and dig deep into the black hearts of those who, just when they imagine they have hit bottom, can always sink lower.

And beneath its nimble satire of wealthy pretensions (there's a gay dentist who serves hot oysters in his all-white house, a woman with appalling taste who loves to decorate) and behind the Bellamys' comfortingly simple domesticity, there lurks a subtle menace that infects every damaged soul in this sorry tale, including its putative hero. Those who get by in life, Bellamy knows, do so more through dumb luck than through talent or moral superiority, and luck has a funny way of running out. The nihilism follows you all the way out of the theater. (Recommended)