Accessibility links
World Series Teams Unlikely, But They're Here ﻿ Wednesday's Game 1 features two teams with little experience in the fall classic. The Texas Rangers are making their debut at baseball's biggest event. The San Francisco Giants haven't won it since 1954, when they were still in New York. 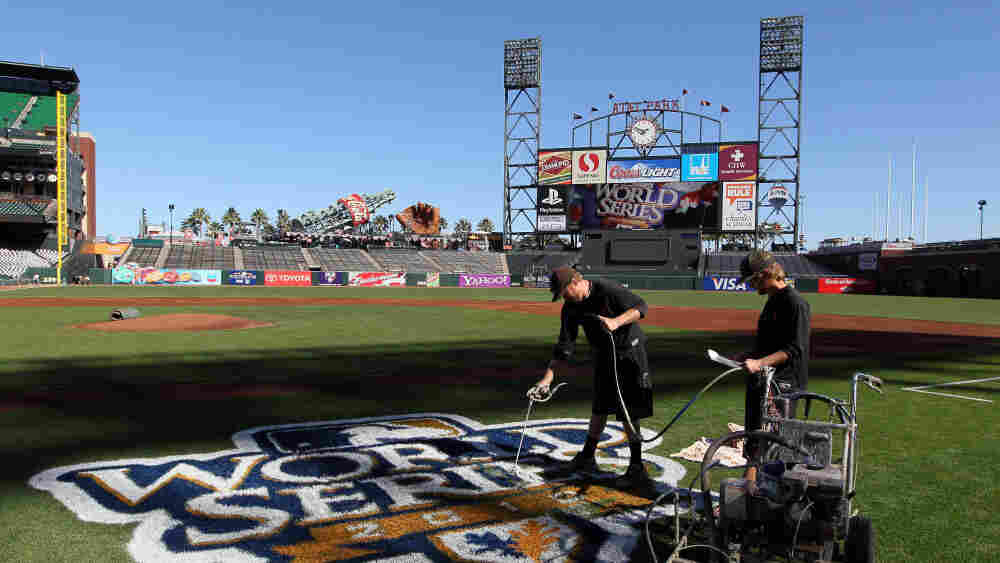 When the lights come up for Wednesday night's World Series opener in San Francisco, they'll be focused squarely on two teams more accustomed to the shadows.

Before tonight, the Texas Rangers had never made it to baseball's biggest event. The hometown Giants made it in 2002, but they haven't won it since 1954 -- when they were the New York Giants.

The Rangers toured AT&T Park in San Francisco on Tuesday, looking up and gawking like a bunch of tourists as they walked around the ball field. First baseman Jorge Cantu stood and watched, mesmerized, as a groundskeeper sprayed bursts of blue paint onto a World Series logo. 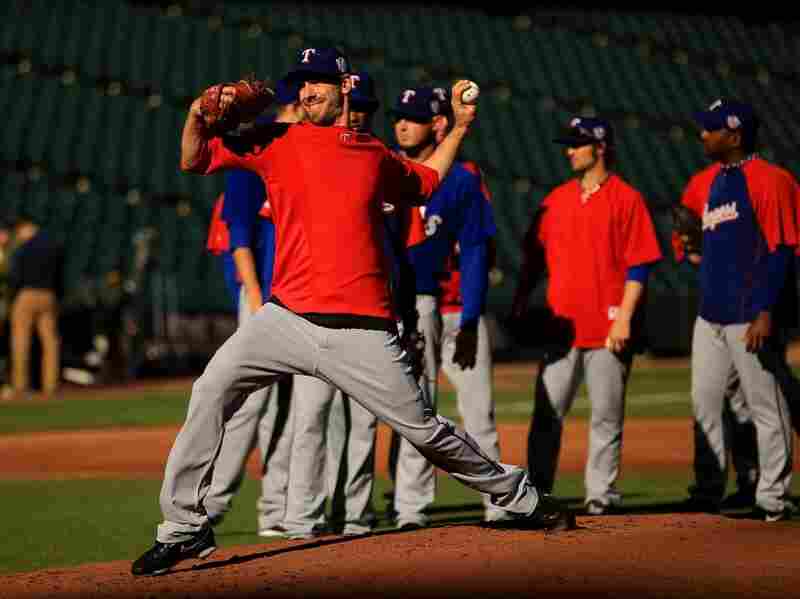 "You know what? I wasn't like admiring the painting or anything. I was just thinking to myself, like, 'wow we are really here,'" Cantu said during the media day event.

Rangers batting coach Clint Hurdle talked about how lots of elements came together to make this season so successful for Texas. One of those factors was the addition of veteran slugger Vladimir Guerrero.

"Almost anybody I've talked to in the media is surprised at the year he's had based on what they saw last year," Hurdle said. "Well, that's good for Vlad."

Signing pitching marvel Cliff Lee didn't hurt things for Texas, either. Manager Ron Washington said that when general manager Jon Daniels told him that lee was coming to the Rangers, "my reaction was, 'Good job, John. You're the man!'"

In the postseason, Lee is the man. He's gone undefeated in the playoffs for his entire career. He's a lock -- a sure "W" -- and one of the reasons why Texas, along with its powerful lineup of hitters, is favored as the series gets under way.

In the "getting to know the Giants" part of media day, Ross attracted lots of attention. He was the closest thing to a breakout star the team had during the playoffs, and when he's not flashing his ever-ready smile, he's bashing home runs -- two in a single game off previously invincible Roy Halladay in the National League Championship Series against the Philadelphia Phillies. 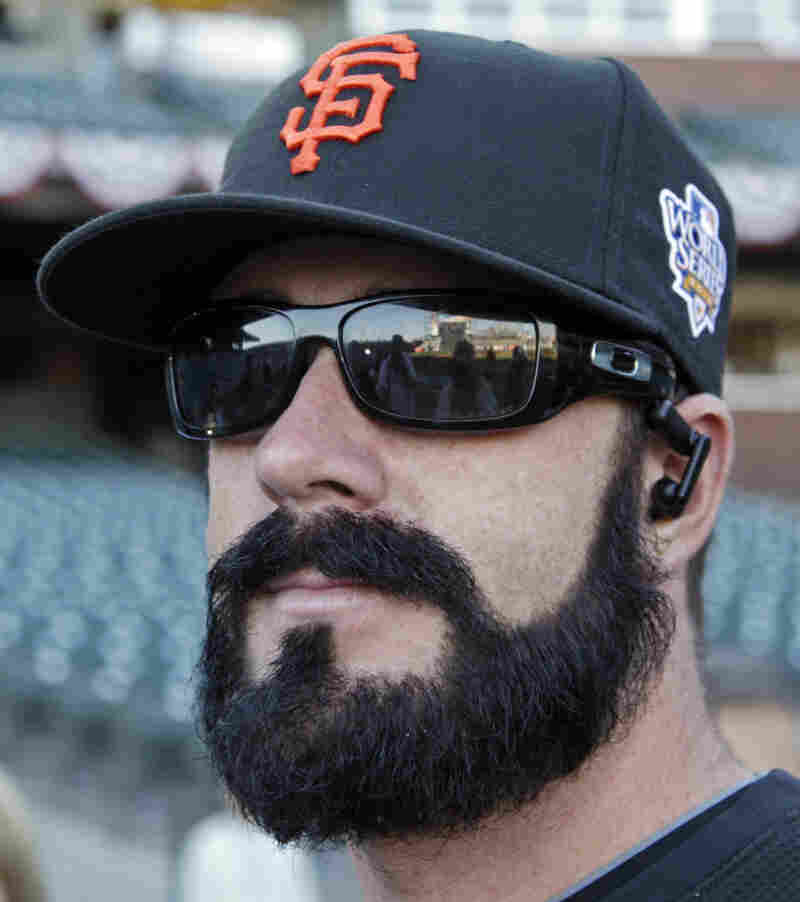 But it's not power that drove the Giants, it's pitching. Veteran first baseman Aubrey Huff said that, with all due respect to Lee and Halladay, people better not forget about their staff.

"That Philly series, everybody was talking about their big three," Huff said. "Well, hell man, we got [a] big four. You know, I think you just get that East Coast bias. Nobody really sees the West Coast; everybody's already asleep by then. We've got some tremendous pitchers."

The country may not be sold on this season, but putting hard-throwing closer Brian Wilson in front of the microphones will help. His bushy black beard has spawned a "fear the beard" mania in San Francisco.

Wilson told reporters Tuesday that the whole beard thing came about when he "went on a road trip, forgot a razor, came home, cleaned up the neck and just missed the rest of the face." After that, he said, "it took on a life of its own."

Not unlike these two teams that pushed aside the heavyweight Phillies and New York Yankees. They're both hoping to pull in a title -- and maybe some skeptical fans along the way.