Accessibility links
No Age Shrieks And Soothes On 'Everything In Between' The art-punk duo touches on its speedy skater roots on a thrilling new album. If the propulsive riffs on Everything in Between drive a few softies from the room, the songs have served their purpose. 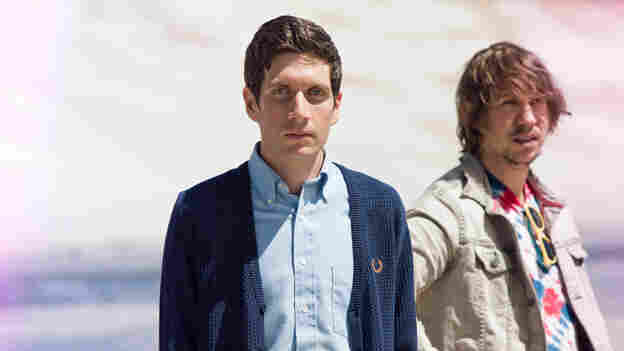 No Age's new album, Everything in Between, touches on the duo's speedy skate-punk roots. Courtesy of the artist hide caption 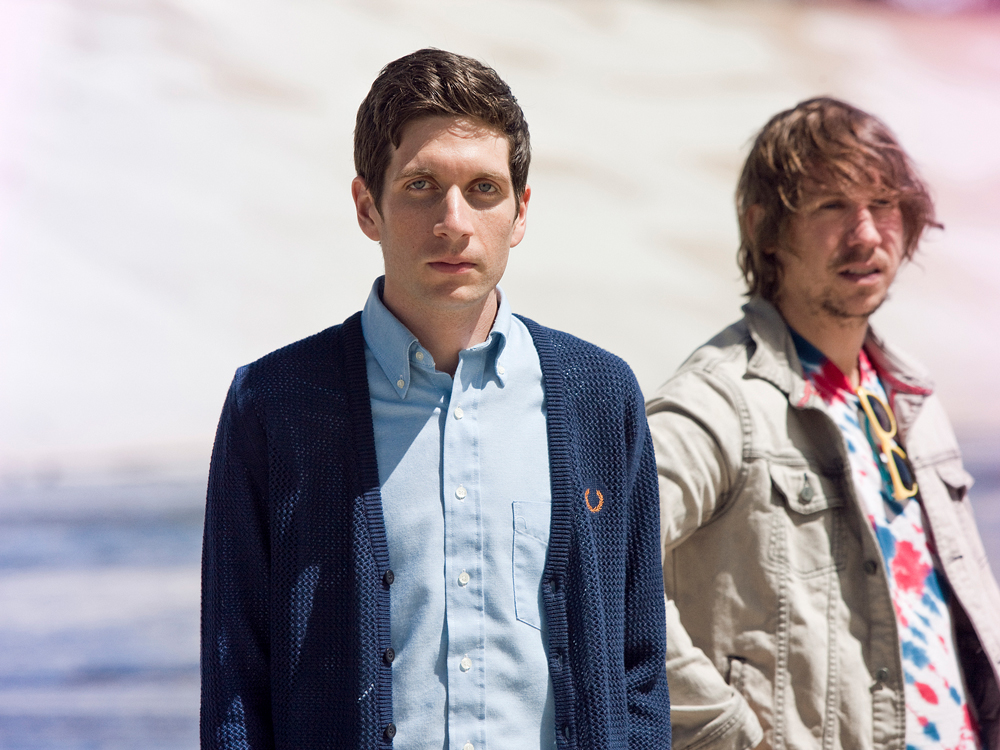 No Age's new album, Everything in Between, touches on the duo's speedy skate-punk roots.

No Age is a Los Angeles-based art-punk band that emerged from a grubby downtown venue called The Smell to earn a Grammy nomination for the photographs that accompanied its second album. The band is composed of two former skate-punks, now 27 and 28: Dean Spunt plays a lot of drums and sings lead, Randy Randall plays even more guitar and sings occasionally, and both lay on samples to fill things out.

Their 2007 debut was called Weirdo Rippers, and though it had its rockers, it was kind of slow for a punk record. On that album and 2008's somewhat more melodic and speedy Nouns, sonics always come first, with specifics varying from track to track.

They're not for everyone, but I found both records surprisingly beautiful -- it's like they're miniaturizing Glenn Branca guitar symphonies. On Everything in Between, however, you might think No Age was harking back to their skate-punk roots.

As somebody who's thrilled to propulsive punk riffs for 35 years, I want to testify that the shrieking tumult in "Fever Dreaming" is the coolest new one I've encountered in this century. It channels No Age's adventures in sonic architecture into readily usable form. If it makes a few softies flee the room, well, that's one of its uses.

If you wonder about the words on this more songful album, well, despite an earlier line that goes "I try to make myself seem vague," I'd argue that lines like "I try the best I can" and "These things make you human" (which you'd hear in "Shed and Transcend" if you were trying) reach out to those they address and are never cynical or apathetic. I'd also argue that No Age's commitment to song form makes its reach-out more credible. That means that when Spunt and Randall revisit their atmospheric side, they're proffering genuine comfort.

No Age's Site
No Age's MySpace

Album
Everything in Between
Artist
No Age