Accessibility links
Dear John, Dear Abigail: A Love Story Through Letters Historian and author Joseph Ellis' First Family draws from decades of correspondence between John Adams and his wife, Abigail, to reveal the achievements of America's second president, and the sacrifice and influence of his first lady. 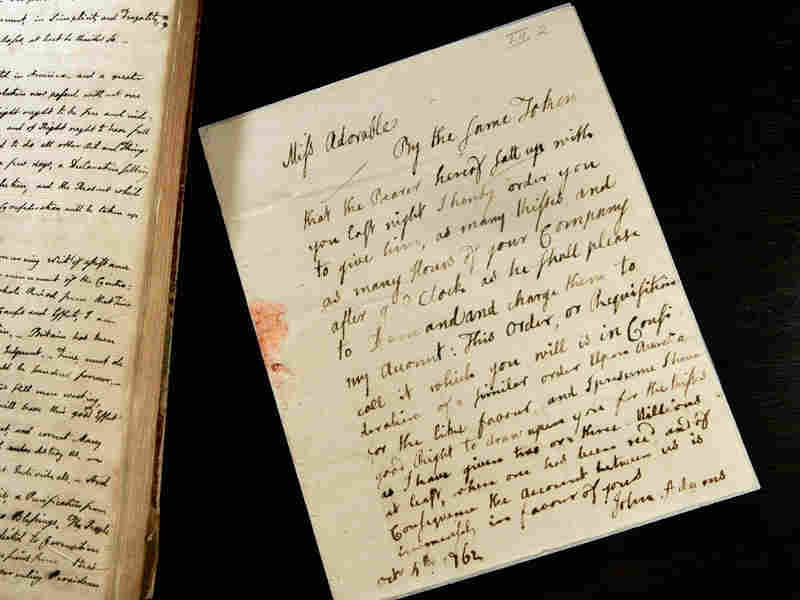 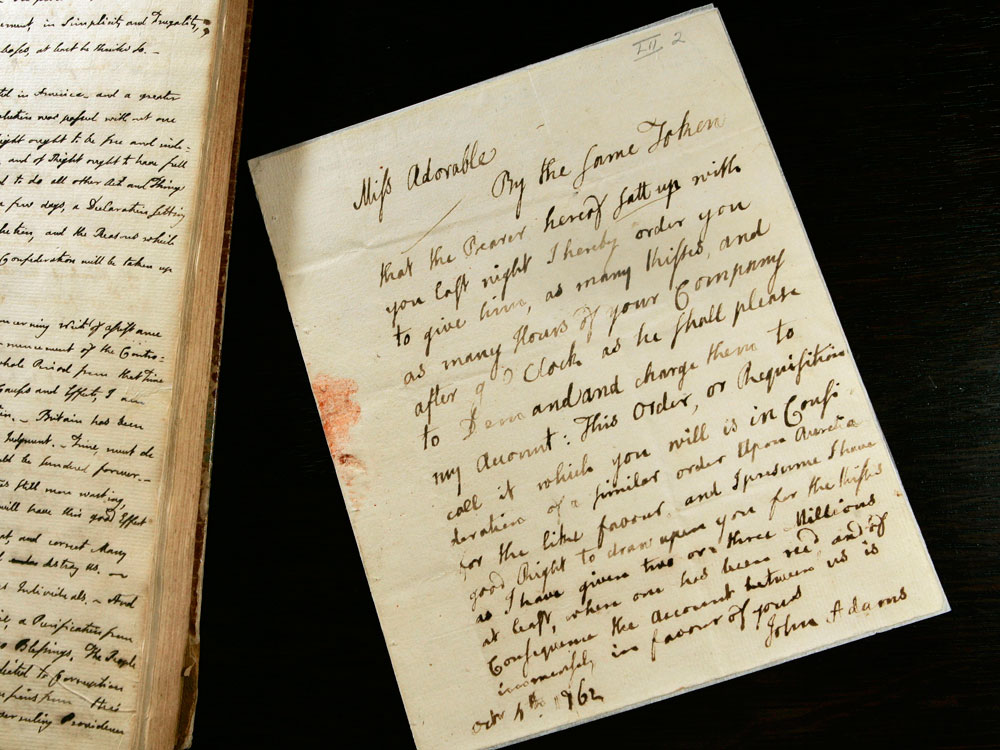 Historian and author Joseph Ellis' First Family draws from decades of correspondence between John Adams and his wife, Abigail, to reveal the achievements of America's second president, and the sacrifice and influence of his first lady.

Viewing each other as intellectual equals, the two exchanged more than 1,000 letters over the course of their relationship and, according to Ellis, intended for their correspondence to stand as a record of their lives for posterity -- though John Adams insisted the letters were meant for his own family.

"But he actually meant us," Ellis tells NPR's Neal Conan. "He was writing these letters as much to you and I at this moment in time, 200 years later."

In fact, the Adams took decisive steps to ensure their letters would be preserved. In 1776, John wrote to Abigail to tell her he'd bought a leather binder to collect her letters in and advised her to do the same. 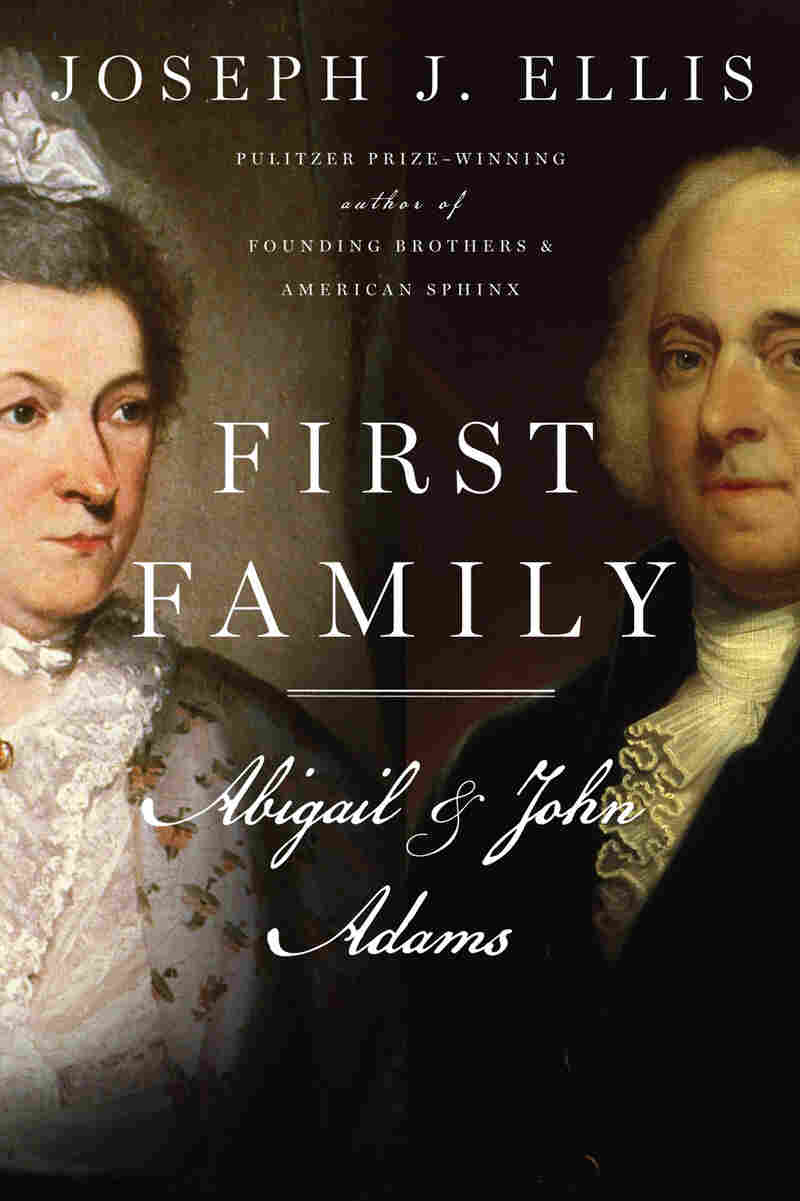 Ellis says their correspondence stands out because of its volume.

"They're apart so often," he says. "Abigail's in Braintree [Mass.], he's in Philadelphia; Abigail's in Quincy [Mass.], he's in Paris, Amsterdam." Ellis says the Madisons and the Washingtons might have had similarly compelling collections of notes, but the Madisons were always together and George Washington had his wife, Martha, destroy his letters.

"The sheer emotional power of it and the literary sophistication of it is so overwhelming," Ellis says of the Adams collection. "I've written nine books. I enjoyed writing this book more than any of the others in part because it's a great story and in part [because the letters] give you the evidence [of] this story, which is a love story."

In one remarkable letter, Abigail writes to John while she is in labor with one of their children. ("They have to talk elliptically about birth and pregnancy, because in the 18th century," Ellis says, "you didn't do that.")

Despite John's desire to preserve their correspondence for future readers, Ellis says, he was also "very worried about writing letters that would be seen in his own time, revealing his thoughts on this or that -- especially political things."

"God help me if they ever see my letters," John once wrote to Benjamin Rush.

Ellis says John didn't realize the magnitude of their letter collection until he began to re-read them as an older man -- and then he knew he needed help. He established an archive and hired editors to help sort through the papers.

"And there is a tye more binding than

Humanity, and stronger than Friendship."

Knowing as we do that John and Abigail Adams were destined to become the most famous and consequential couple in the revolutionary era, indeed some would say the premier husband-and-wife team in all American history, it is somewhat disconcerting to realize that when they first met in the summer of 1759, neither one was particularly impressed by the other. The encounter occurred in the parlor of the pastor's house in Weymouth, Massachusetts, which happened to be the home of Abigail and her two sisters. Their father was the Reverend William Smith, whom John described in his diary as "a crafty designing man," a veteran public speaker attuned to reading the eyes of his audience. "I caught him, several times," wrote John, "looking earnestly at my face." Like most successful pastors, he was accustomed to being the center of attention, which apparently annoyed John, who described Reverend Smith prancing across the room while gesturing ostentatiously, "clapping his naked [?] sides and breasts with his hands before the girls."

Abigail, in fact, was still a girl, not quite fifteen years old to John's twenty-four. She was diminutive, barely five feet tall, with dark brown hair, brown eyes, and a slender shape more attractive in our own time than then, when women were preferred to be plump. John was quite plump, or as men would have it, stout, already showing the signs that would one day allow his enemies to describe him as "His Rotundity." At five feet five or six, he was slightly shorter than the average American male of the day, and his already receding hairline promised premature baldness. Neither one of them, at first glance, had the obvious glow of greatness.

John's verdict, recorded in his diary, was that he had wasted an evening. He was courting Hannah Quincy at the time -- some say that she was actually courting him -- and his first reaction was that neither Abigail nor her sisters could measure up to Hannah. They seemed to lack the conversational skills and just sat there, "not fond, nor frank, not candid." Since Abigail eventually proved to be all these things, we can only conclude that this first meeting was an awkward occasion on which the abiding qualities of her mind and heart were obscured beneath the frozen etiquette of a pastor's parlor. And besides, she was only a teenager, nine years his junior, not even a legitimate candidate for his roving interest in a prospective wife.

To say that "something happened" to change their respective opinions of each other over the next three years is obviously inadequate, but the absence of documentary evidence makes it the best we can do. John had legal business in Weymouth that involved the status of the pastoral house occupied by the Smith family, which meant that he was literally forced to interact with Abigail. And he accompanied his then best friend, Richard Cranch, who was courting (and eventually married) Mary Smith, Abigail's older sister. This, too, prompted interactions. And his flirtatious relationship with Hannah Quincy ended in a mutually declared romantic truce, which made John, once again, eligible.

Time was also a factor. The difference between a fifteen-year-old girl and a twenty-four-year-old man seemed a chasm; the difference between eighteen and twenty-seven was much more negotiable. Though it seems too easy to say, chance and circumstance provided them with the opportunity to talk with each other, to move past the awkwardness of a stuffy Weymouth parlor, thereby initiating a conversation that lasted for almost sixty years.

But talk by itself was not sufficient to explain their mutual attraction. The letters that began to flow back and forth between them late in 1761 contain some explicit expressions of powerful physical and sexual urges, so that the picture that emerges depicts two young lovers conversing about Shakespeare's sonnets or Moliere's plays in between long and multiple kisses, passionate embraces, and mutual caresses. Their grandson Charles Francis Adams, who published the first comprehensive edition of their correspondence nearly a century later, was either too embarrassed or too much a prisoner of Victorian mores to include any of their courtship correspondence. Here is a sample of what he chose to censor. John to Abigail, addressed to "Miss Adorable": "By the same token that the bearer hereof [JA] satt up with you last night, I hereby order you to give him, as many kisses, and as many Hours of your company after nine o'clock as he pleases to demand, and charge them to my account."

Or John to Abigail, explaining that a sudden storm had prevented a trip to see her at Weymouth: "Yet perhaps blessed storm ... for keeping one at my distance. For every experimental philosopher knows, that the steel and the magnet, or the glass and the feather will not fly together with more celerity ... than somebody ... when brought within striking distance -- and Itches, Aches, Agues, and Repentance might be the consequences of contact in present circumstances."

Then Abigail to John, proclaiming that their mutual attraction was visceral as well as intellectual: "And there is a tye more binding than Humanity, and stronger than Friendship ... unite these, and there is a threefold chord -- and by this chord I am not ashamed to say that I am bound, nor do I [believe] that you are wholly free from it."

The inevitable "did they or didn't they" question is impossible to answer conclusively, though their first child, named Abigail, was born eight and half months after their marriage, just barely within the bounds of propriety. But the fact that they were strongly tempted is beyond question, and a crucial indication that their affinity was not solely cerebral. For both of them, love entailed a level of intimacy that no conversation could completely capture and required a physical attraction. And they both felt it. If Abigail referred to it as "the third chord," we might shift the metaphor and describe it as an emotional affinity that made unconditional trust between them a natural act. 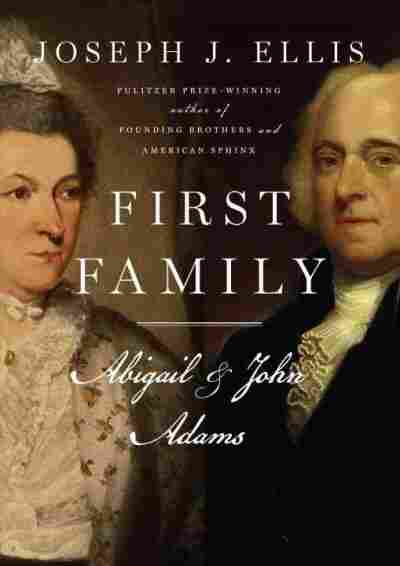