Accessibility links
Despite Talk Of Decline, Unions Remain Key Players Nearly one in four voters lives in a union household. They are more likely to vote and polls show they still solidly favor Democrats by a solid margin. The vast majority of their resources will go toward getting members and other likely Democratic voters to the polls. 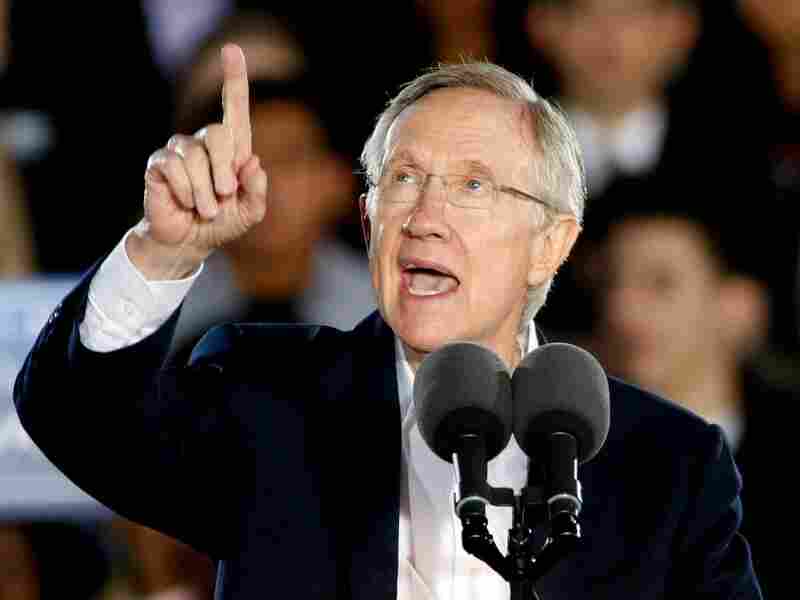 One of the big stories in this year's election is the amount of cash that non-party, non-candidate groups have been pouring into races across the country.

When it comes to campaign ads, such spending has overwhelmingly favored Republican candidates this year. But labor unions, a critical Democratic ally, are once again among the biggest spenders overall.

For all of the talk of the decline of U.S. labor, unions remain important players in elections.

Nearly one in four voters lives in a union household. They are more likely to vote and polls show they still solidly favor Democrats by a solid margin. So you can see why labor leaders are working so hard as next Tuesday nears.

Hanging onto Reid's seat is a priority for unions, but this event also helps demonstrate how unions spend their campaign dollars.

"The vast majority of their resources will go toward the ground game, toward getting their members and other likely Democratic voters to the polls," said Dorian Warren, who follows labor and politics at Columbia University. "The opposite is true of groups that lean right. Most of their money -- and for instance the Chamber of Commerce -- will be spending their resources on ads primarily, not so much on the ground game."

In the final days before the election, the union ground game kicks into high gear.

The amount of money spent by outside interest groups and labor unions on this year's Congressional elections is easily topping the totals of the past two election cycles.

Karen Ackerman, the political director of the AFL-CIO, says individual unions have taken to the airwaves, but that personal contact is more effective.

"We know we're going to make over 5 million calls," she said. We'll be walking and knocking on over 4 million doors.

"And we'll have almost 2 million flyers out at worksites. Overall we're touching around 17 million union voters."

Democrats have complained that outside groups are giving Republicans a huge money advantage this year. That's likely to be true when it's all added up after next week. But GOP strategist Karl Rove, who is associated with a non-party group called American Crossroads, says Democrats have no grounds for complaint.

"This has been going on for a long while," he told the CBS show Face the Nation. "In fact, you left out a big player in this. Four unions alone will have, according to their own announcements, spent $222 million in money on elections this year."

The Wall Street Journal recently compiled a list of the top five outside spenders of this election cycle. No. 1 is the American Federation of State, County and Municipal Employees, the government employees union, at $87 million. Next are the U.S. Chamber of Commerce at $75 million and American Crossroads at $65 million.

But Mary Kay Henry, president of the Service Employees International Union, says that chart doesn't take into account where the money comes from. Unions get it from members, while corporate-backed outside groups are not required to disclose where their money comes from.

"The union does actually disclose every contribution our members make voluntarily to our political fund," she said on C-SPAN. "There is access to that record and there is absolutely no money that our union receives from outside of our membership."

This year labor has hit or exceeded all of its dollar goals, but Warren of Columbia University says it's still an uphill fight.

"It's not enough," Warren said. "So you can hit all your marks, but it's not a total predictor of what the outcomes might be."

He says just look back to 2006 when Republicans hit all of their cash goals and lost both the House and Senate to the Democrats.