Accessibility links
Supreme Court OKs Foreign Lethal Injection Drug The regimen previously upheld by the court includes injection with a dose of FDA-approved sodium thiopental. But in recent months, the sole U.S. manufacturer of the drug has been unable to meet demand, leaving death penalty states scrambling to find alternatives. 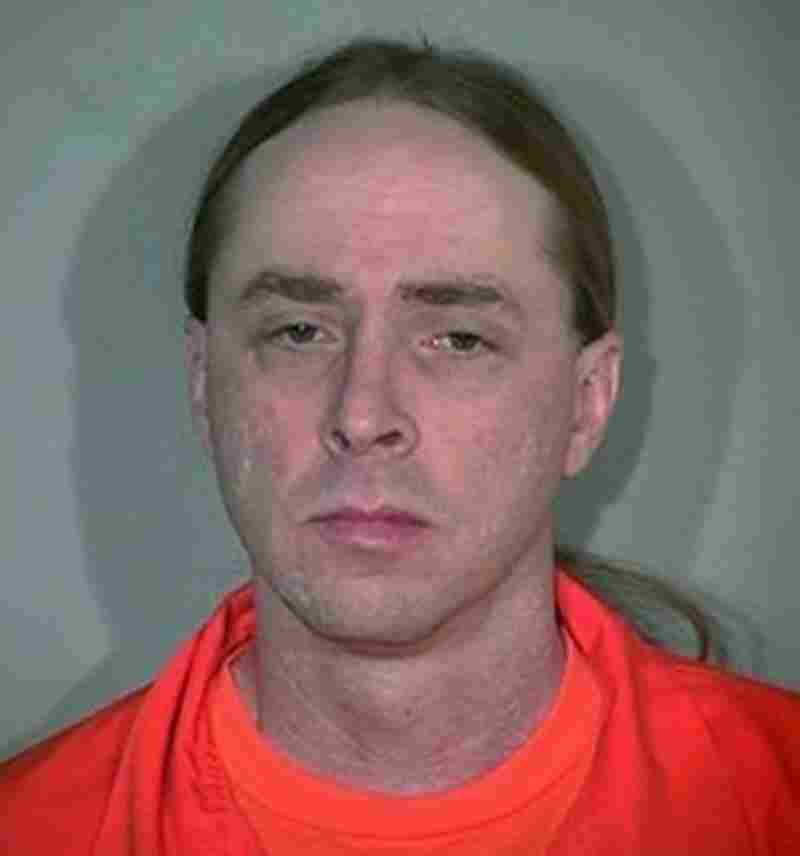 This undated photo shows Jeffrey  Landrigan, who was executed by Arizona on Tuesday after a U.S. Supreme Court decision lifted a stay on his execution. HO/AFP/Getty Images hide caption

The U.S. Supreme Court has for now cleared the way for states to use foreign sources in obtaining a lethal injection drug used in carrying out the death penalty.

Although the Supreme Court has upheld death by lethal injection, the regimen it has approved includes injection with a dose of sodium thiopental that is approved by the Food and Drug Administration to render the prisoner unconscious so he does not feel pain. In recent months, Hospira Inc., the only U.S. manufacturer of the drug, has been unable to meet demand, citing unspecified problems with its raw material suppliers. The shortage has left death penalty states scrambling to find alternatives.

Enter Arizona and the case of Jeffrey Landrigan. Landrigan's lawyers sought to block his execution because state officials would not say where they were getting the drug for the execution, and defense lawyers contended that there was no way to evaluate the safety of the drug without knowing where it came from. Pressed by a federal judge, the state admitted it was using a drug from a foreign country, but wouldn't specify which one.

A frustrated federal Judge Roslyn Silver then granted a temporary stay of execution, telling prosecutors she had never seen a case in which one side claimed to have evidence that would rebut the other side's claims, but would not produce that evidence. State officials never did tell the judge where they got the drug, but they did tell the Arizona Republic newspaper it came from a British manufacturer.

State officials appealed all the way to the Supreme Court, and late Tuesday, by a 5-to-4 vote, the justices lifted the stay of execution, allowing Landrigan to be put to death.

"There is no evidence in the record to suggest that the drug obtained from a foreign source is unsafe," wrote the five-justice majority. The court added that "speculation cannot substitute for evidence that the use of the drug is 'sure or very likely to cause serious illness and needless suffering.'"

Tuesday's execution, the state's first since 2007, puts an end to a case that is remarkable in many respects. The Supreme Court ruled three years ago that Landrigan was not entitled to any further hearings on his case because, as Justice Clarence Thomas put it for a 5-to-4 majority, there was "no evidence that would change the result" in his case.

Since then, however, DNA evidence not tested at the time of trial seems to exclude Landrigan from the bloody fight that ended in the victim's death, though Landrigan does not dispute that he was there. The judge who sentenced Landrigan to death has testified she would not have imposed the death penalty had Landrigan's lawyer presented doctors' reports and evaluations that showed, at the time of trial in 1990, that Landrigan suffered from fetal alcohol syndrome and brain injuries.

Also this week, an Arizona Clemency Board considered the Landrigan case. Board Chairman Duane Belcher, an 18-year veteran, said Landrigan's case was not among the worst of the worst, and that the board indeed had considered parole for some prisoners whose crimes were worse.

"I don't, at this point, see this as a death penalty case," Belcher said at the hearing.

The board, however, deadlocked 2-to-2 on clemency for Landrigan, and a tie meant the execution went forward.