Accessibility links
Los Cenzontles: A 'Little Factory' Of Culture Raza De Oro is the newest album from Los Cenzontles, a remarkable group from San Pablo, Calif. Leader Eugene Rodriguez says the band was formed when he created a place for kids in San Pablo to hang out. 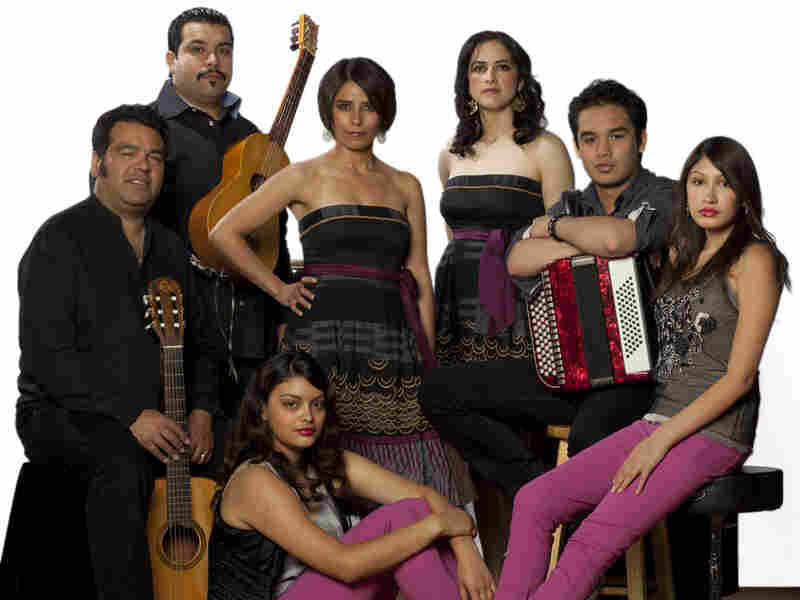 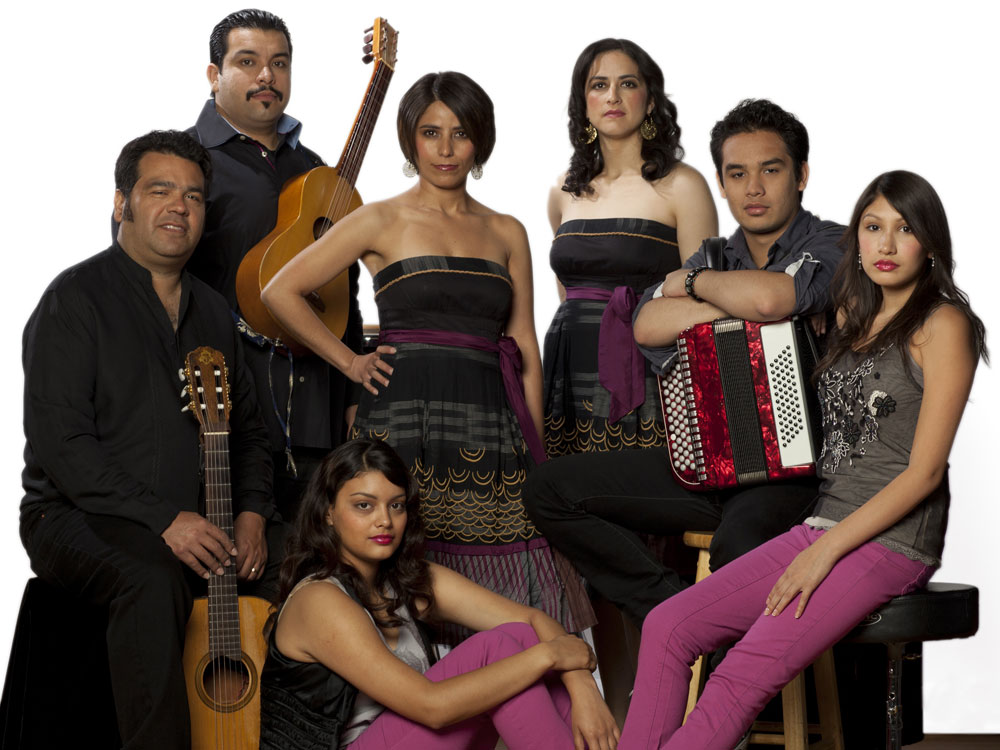 Raza De Oro is the newest album from Los Cenzontles ("The Mockingbirds"), a remarkable group from San Pablo, Calif. There's no big record label behind this music, made mostly by a bunch of kids who walked in the door of a tiny nonprofit cultural center in town. Their leader, Eugene Rodriguez, is a third-generation Mexican-American. He says the group was formed when he created a place for kids in San Pablo to hang out.

"Our neighborhood, it's known more for problems than for good things. Our actual center is actually an ex-liquor store," he says. "We got together to transform this little liquor store into a cultural space where we teach music, dance, arts and crafts. We create CDs and make documentaries -- it's like a little factory of cultural workers."

The lead singer of many of the songs on Raza De Oro, Hugo Arroyo, started attending the community center soon after it was founded. Arroyo says he walked in because he was bored.

"There was nothing really to do in our neighborhood," he says. "When I was 8 years old, I went to see the movie La Bamba, and then I found out there were guitar lessons after school, and that's when I started with Eugene."

"Soy Mexicano, Americano" is the title of one of the songs on Raza De Oro, and as the title suggests, it deals with Mexican-American identity.

"I think a lot of Mexican-Americans, at least myself, feel split," Rodriguez says. "Sometimes you have a white American saying we're not American enough, and Mexican Mexicans saying that we're not Mexican enough. The song really says with clarity and pride that this is who I am.

"The song was actually written during the Chicano movement back in the early '70s," he adds. "It's amazing to me how these many years later, it's developing a whole new resonance with a whole new generation of Mexican-Americans."

The album also tackles some current hot-button issues in the Mexican-American community. "State of Shame," for example, criticizes the immigration law that recently passed in Arizona.

"To be honest, I was a little concerned when we first came out with it, but I think our approach really isn't so political or divisive," Rodriguez says. "It's really about the humanity of the issue. I think it's important as a community that we dare to say what we have to say, because that's our contribution to the country."