Accessibility links
The Story Spinner "Some people swore that the house was haunted." I didn't like it.  Just because we were writing a horror story didn't mean there had to be a haunted house.  But Nick had written it. 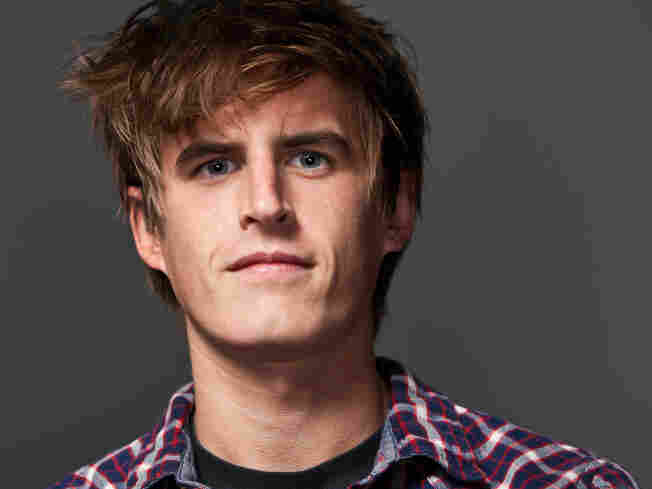 "Some people swore that the house was haunted."

I didn't like it.  Just because we were writing a horror story didn't mean there had to be a haunted house.  But Nick had written it.

Nick and I'd met in a writing class the previous summer.  On the last day of class, he'd asked me if I wanted to keep meeting and maybe write something together.  Did I mention that Nick was very, very cute?  Brown hair that fell into his green eyes, crooked smile, the works.  So of course I said yes.  We met every Thursday night.  He suggested that we write a horror novel.  I didn't like horror novels.  I soon found out that I didn't really like Nick's writing. But I liked that he wanted to spend hours with me writing a book.

"The line about the haunted house is perfect!  It really makes you think about what's coming next," I said.  I couldn't help it. I knew it was wrong, but it was so easy and I loved the dimple that cut into his cheek when I said things like that. The buzz I got was almost as good as what I got from my own writing, especially when he complimented it.

At first, it was hard lying to Nick. But I was afraid that if I told him what I really thought -- that his writing was drivel -- our Thursday night meetings would be over.  It was like the tale of One Thousand and One Nights, only in reverse.  He told his stories every week, and I pretended to like them so that our relationship would continue.  Or maybe I was the Scheherazade in our story, spinning different ways to praise his writing so that he would want more.  My deception was a matter of survival.  Because as much as I disliked Nick's writing, I loved my time with him.  Unbeknownst to him, he was my drug.  I thought about him constantly.  I was depressed when I was not with him, but the high that I got when I saw him made it all worth it.

I secretly believed that we were building a Frankenstein of a book.  It was a scary story, but for the wrong reasons. I did my best with the parts that I wrote, but it was hard to compensate for his ugly backward sentences, clichés and flat dialogue, all of which I encouraged each week.

"I have to tell you something," Nick said one night, his adorable brow furrowing.  "I haven't been honest with you.  We can't continue writing the book.  I'm sorry."

He then told me all of the things that he thought I needed to fix about my writing.  He said that he'd held back his comments all this time because he didn't want to hurt my feelings.  He said, basically, that my writing had ruined the book.  As he spoke, I looked at the crow's feet around his eyes, the overly tanned skin, the chocolate-colored mole under his lip, all of which I'd never noticed before.  I looked down at my copy of our latest draft, our creation of the last five months, which was open to a page of my writing.  I had to admit that the comments he'd written in the margin, in bright red pen, were not entirely off.  My stomach clenched as I saw the red ink crossing out one of my best lines, the one I had saved for the very end of the book:

"Nothing was ever the same again after that."