Accessibility links
Foreclosure Crisis Is Spreading, New Data Show California, Nevada, Florida and Arizona continued to have the highest rates of foreclosure activity this summer, according to a RealtyTrac report. But metropolitan areas in other states saw a sharp increase in foreclosure warnings. 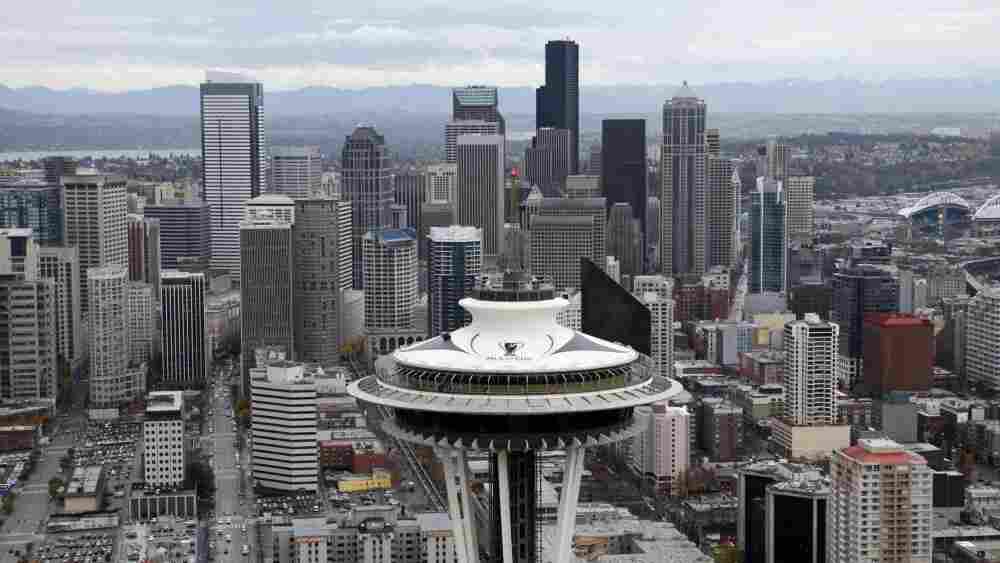 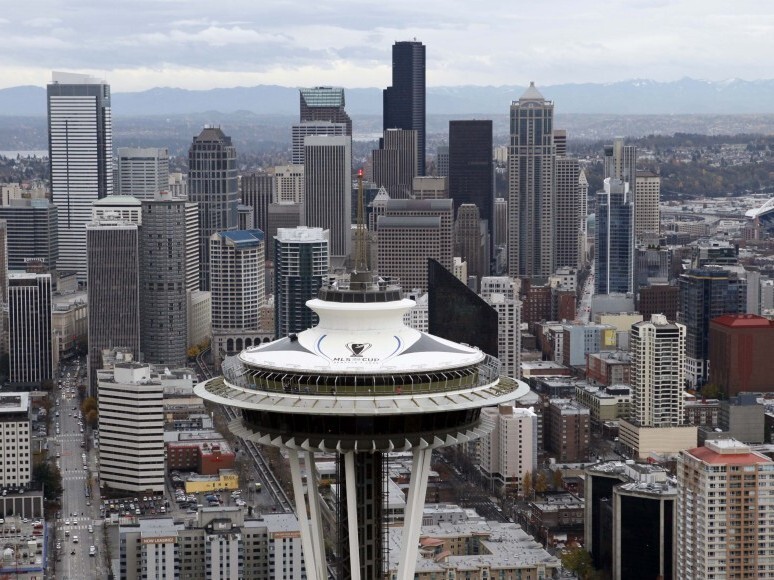 The Seattle/Tacoma/Bellevue metro area registered the sharpest annual increase in foreclosure activity: 71 percent. One in every 129 households received a foreclosure filing.﻿

The foreclosure crisis took an ominous turn Thursday as a new report indicated that foreclosure activity is spreading from states that have been at the heart of the problem into places like Chicago and Seattle.

And a backlog of foreclosed properties may chill the housing market for years to come. Rick Sharga of RealtyTrac, which released the data, said he expects home prices to remain fairly stagnant until 2014.

Everyone is being touched by this now.

Eleven out of the nation's 20 largest metropolitan areas saw increased foreclosure activity in the third quarter compared with the same period last year, according to the foreclosure listing firm.

The top eight metro areas for foreclosures were in Nevada, California and Arizona, said Sharga, a senior vice president.

"[Those] … areas were overbuilt, the homes became significantly undervalued [and] underqualified borrowers were put into those homes with toxic loans that ended up being ticking time bombs," he said. "When market prices finally stopped going up, the whole house of cards crumbled in all of those areas."

Those three states and Florida accounted for 19 of the top 20 metropolitan areas with the highest foreclosure rates between July and September, the report showed. Even though they remain the nation's foreclosure hotbeds, many of their metro areas saw declines in the number of households that received foreclosure-related filings.

But many cities in other states saw a spike in foreclosure activity.

"The epidemic is spreading from the states at the ground zero of the foreclosure problems out into areas that hadn't been previously affected," Sharga said.

A Way Out For Homeowners In Trouble Hits A Snag

The Seattle-Tacoma-Bellevue metro area registered the sharpest annual increase: 71 percent. One in every 129 households received a foreclosure filing.

The Chicago-Naperville-Joliet metropolitan area posted the second-highest annual jump, a 35 percent increase. One in every 84 households received a foreclosure notice.

Among the other metro areas where foreclosure activity jumped by a large margin this summer were Houston-Sugar Land-Baytown, up 26 percent; Detroit-Warren-Livonia, at nearly 23 percent; and, Atlanta-Sandy Springs-Marietta, up 20 percent.

Mark Zandi, chief economist with Moody's Analytics, agreed that the foreclosure crisis was moving into a new phase.

House flippers, subprime borrowers and those who lost their jobs early in the recession have largely worked through the system, Zandi said.

"Now what you're seeing is more strategic defaulting -- more recently unemployed people who have exhausted their savings, sold assets and even borrowed money from relatives to keep paying the mortgage," he said. "There's nothing left for them to do.

"Everyone is being touched by this now," Zandi told NPR.

RealtyTrac's data also show that foreclosures, once largely correlated with bad loans and overpricing, are now following expanding unemployment problems. That means markets like Chicago and Seattle are seeing more foreclosures than ever before.

The U.S. unemployment rate hit 9.6 percent last month. In the Seattle/Bellevue/Everette metro area, the rate was slightly lower, at 8.6 percent.

Still, many troubled homeowners there have been unable to hang on. As a result, there's been no letup in the inventory of foreclosed homes on the market this year, said John Bauer, an agent with ZipRealty in Seattle who represents lenders selling foreclosed properties.

The State Of Foreclosure Rates

Warnings: New foreclosure figures show 133 out of 206 metropolitan areas with at least 200,000 residents saw an annual increase in the number of households receiving foreclosure-related warnings between July and September.

Sharpest Increase: RealtyTrac Inc. says only five of the 20 metro areas with the highest foreclosure rate posted an annual increase.

Broadening Crisis: The trend suggests the foreclosure crisis is worsening in cities such as Chicago, Seattle and Houston that are outside of the foreclosure hotbed states of California, Arizona, Nevada and Florida.

"It has been on an upward trend curve ever since 2008," Bauer said. "And not just the third quarter of this year, but the last 12 months, it's been on a steady ascension."

Chicago also had the third-highest number of homes repossessed by lenders during the quarter -- 12,568 -- behind the Phoenix metro area's 14,317 and the Miami metro area's 12,963, RealtyTrac said.

In all, 133 out of 206 metropolitan areas with at least 200,000 residents posted an annual increase in foreclosure activity in the three months ended Sept. 30, RealtyTrac said.

"It's not out of the woods yet, it's just less bad than it was a year ago," Sharga said.

Banks seized more than 816,000 homes in the first nine months of the year and are on pace to seize more than a million.

Wells Fargo, one of the nation's largest lenders, conceded Wednesday that tens of thousands of its foreclosure documents did not meet the legal standard, throwing those proceedings into question. That revelation comes on the heels of similar concerns at Bank of America and Ally Financial's GMAC Mortgage, which briefly suspended foreclosures.

Wells Fargo said the foreclosure affidavits did not strictly adhere to the required procedures, but said it believes all the foreclosures in question to be legitimate.

Sharga said the controversy over sloppy paperwork was not a factor during the third quarter. He added that preliminary data from this month show almost no change in foreclosure activity since September.

NPR's Paul Brown contributed to this report, which also contains material from The Associated Press