Mark Ronson has a shelf full of Grammy Awards for his work as a producer. He helmed Amy Winehouse's breakout song, "Rehab," and most of her Back to Black album, in addition to records by hitmakers Adele and Lily Allen. He's also done pretty well with some of his covers of other people's songs. So we were all intrigued to see how he'd do leading his own band and singing his own songs.  Ronson brought his group, the ironically named Business Intl., to play songs from his unironically named Record Collection live in our ground-floor performance venue, The Greene Space. 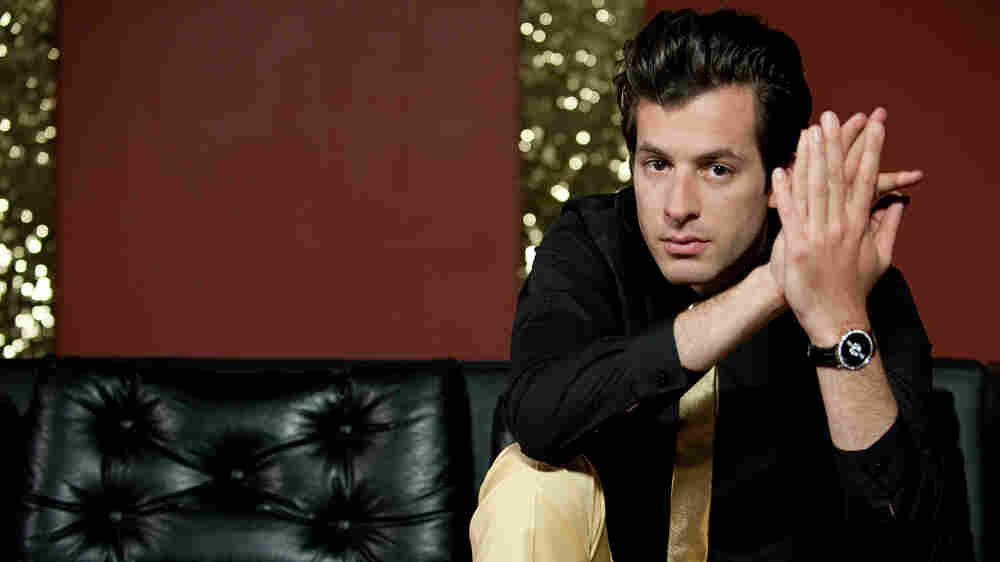 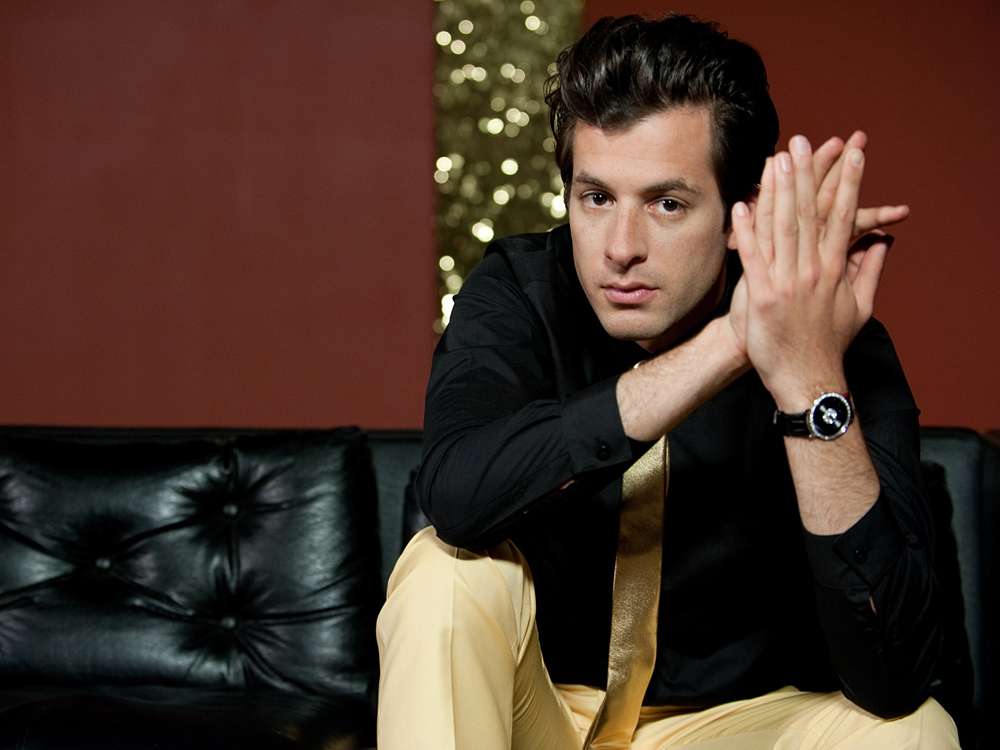 Mark Ronson and his band, The Business Intl., took the stage at WNYC's Greene Space.

Well, talk about all hands on deck.  Every engineer in the place was drafted for the team to try to accommodate the dozens of inputs required for Ronson's array of keyboards, digital effects boxes, instruments and microphones. When you're a producer, after all, you just add whatever the song needs -- "I could really use a third synth part here" or "Let me call Boy George in to sing this part" -- because you can, there in the studio. Then you let the band worry about how to do it live later. Now, Ronson had to figure out how to effectively re-create the richly textured songs from the record in a live setting; hence the massive amount of gear and the stellar vocalists.

Singer Amanda Warner, better known as MNDR, and young rapper Spank Rock shared vocal duties. Ronson played guitar and keyboard, but hung out in the back of the band, surrounded by seasoned pros and happy to have them front and center. And left. And right. And even one or two spilling off the side of the stage.

The audience -- which, to Ronson's delight, included the veteran crime novelist Elmore Leonard -- was treated to a catchy, groove-oriented wall of sound.  Check out especially the irresistible "Bang Bang Bang," the bilingual first single from the album.